Housing projects in Nunavut get $10M

Feds foot the bill for Gjoa Haven and Kugluktuk fiveplexes, 9 units in Iqaluit 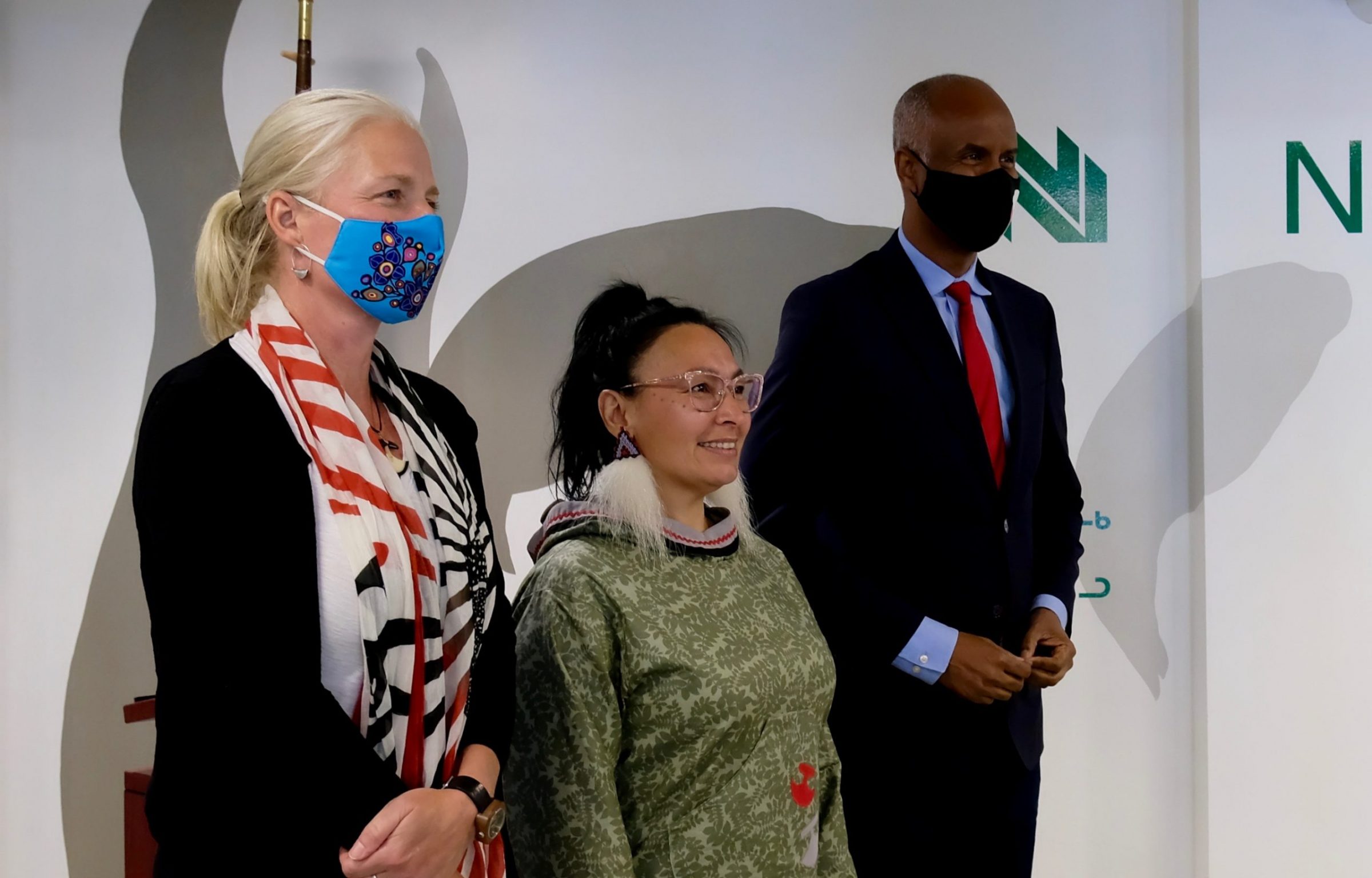 Nine new affordable housing units will go up in Iqaluit with $5 million in new funding from the federal government and another $4.9 million is pledged to foot the bill for units already under construction in Kugluktuk and Gjoa Haven.

Ahmed Hussen, the federal minister of families, children and social development, announced the funds at a news conference in Iqaluit on Tuesday.

Iqaluit’s deputy mayor, Janet Pitsiulaaq Brewster, spoke about her own experience with homelessness at the event.

She said the money will be helpful for many Iqaluit families.

“Many Iqalummiut who have grown and lived here for generations are definitely impacted by the lack of affordable housing,” she said.  “They’ve been pushed off the market … Many people are couch-surfing, we know that’s a reality.”

The money comes from the Rapid Housing Initiative, which is earmarked for permanent affordable housing.

Although Brewster praised the funding, she said it’s “absolutely not” enough.

“We know that in Iqaluit alone we need hundreds and hundreds of units,” she said.

But, she said any investment in housing that takes into account the growing population of the territory is welcome.

The City of Iqaluit is looking to begin construction at the end of December, states a news release from the city.

“Only by working together and implementing local solutions will we be able to solve our housing crisis,” Iqaluit Mayor Kenny Bell said in the release.

Earlier this year, four fourplexes — 18 units — slated for Iqaluit were cancelled, with construction bids coming in $3.3 million over budget as a result of a spike in prices of lumber and other construction materials.

The two fiveplexes in Gjoa Haven and one fiveplex in Kugluktuk are already under construction, so the announcement for these communities essentially just changes where the funding for these builds will draw from. Now, the Nunavut Housing Corporation will be able to use the money it originally earmarked for the two fiveplexes towards future projects.

The two fiveplexes were originally slated to be staff housing, but money from the Rapid Housing Initiative can only be accessed for public housing. So in the Legislative Assembly in June, Margaret Nakashuk, minister responsible for the housing corp., said the projects will be repurposed accordingly.