How can traditional economies lift Inuit out of poverty? ITK summit tackles question 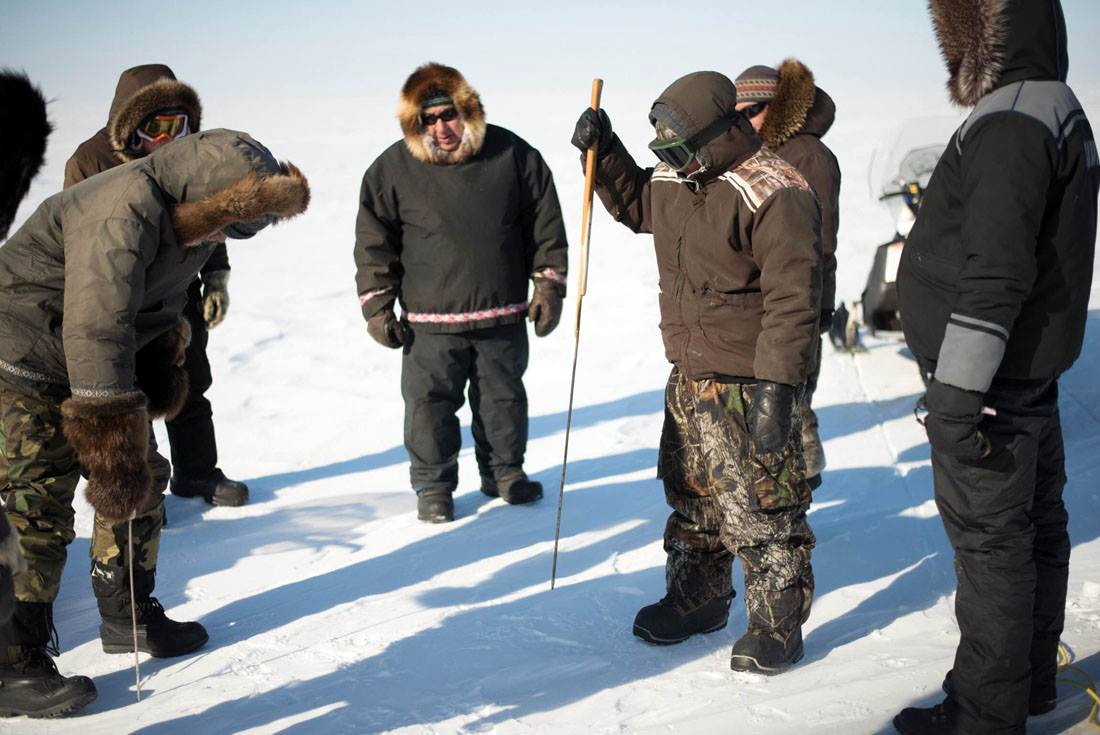 Joe Karetak, centre, is a featured speaker on traditional knowledge and the traditional economy as part of Inuit Tapiriit Kanatami’s second national Inuit Poverty Reduction Summit. In this photo, the Inuit Qaujimajatuqangnit research co-ordinator with the Aqqiumavvik Society leads young hunters through the early steps of building an igloo in 2016. (File photo)

There are high costs involved with purchasing ATVs, boats, rifles, ammunition and fuel. And when a hunter is able to scrape up the money to buy these things, more hurdles appear.

“You’re bombarded with all kinds of regulations immediately,” said Joe Karetak, the Inuit Qaujimajatuqangnit research co-ordinator with the Aqqiumavvik Society, a community wellness society based in Arviat.

“It’s not possible to be just a hunter and have it like a job.”

Karetak is a featured speaker at this year’s National Inuit Poverty Reduction Summit, which runs Wednesday and Thursday.

The summit, organized by Inuit Tapiriit Kanatami, explores how poverty impacts Inuit both within Inuit Nunangat and beyond.

Its participants will brainstorm how Inuit traditional knowledge and traditional economies can help ease this struggle.

Karetak says the territorial government needs to partner with local community members and create more opportunities and economic support for hunting. But that’s just a start. He also suggests the government should consider loosening the reins on hunting and fishing.

“If you want to address this issue, I think … we be allowed to start like how Western society started, where they didn’t have any restrictions to start whatever they were doing, and over time, eventually establish laws to guide their economy,” Karetak said.

Karetak said he hopes his presentation at the summit is an opportunity to explore different management systems for the traditional economy, as well as stronger partnership between Inuit and the territorial government, moving forward.

The National Inuit Poverty Reduction Summit is presented virtually, and can be accessed through Inuit Tapiriit Kanatami’s Facebook page.