Indigenous ownership of the Trans Mountain pipeline would safeguard the environment

“Project Reconciliation is presenting a progressive, constructive way forward that addresses both Indigenous and environmental concerns” 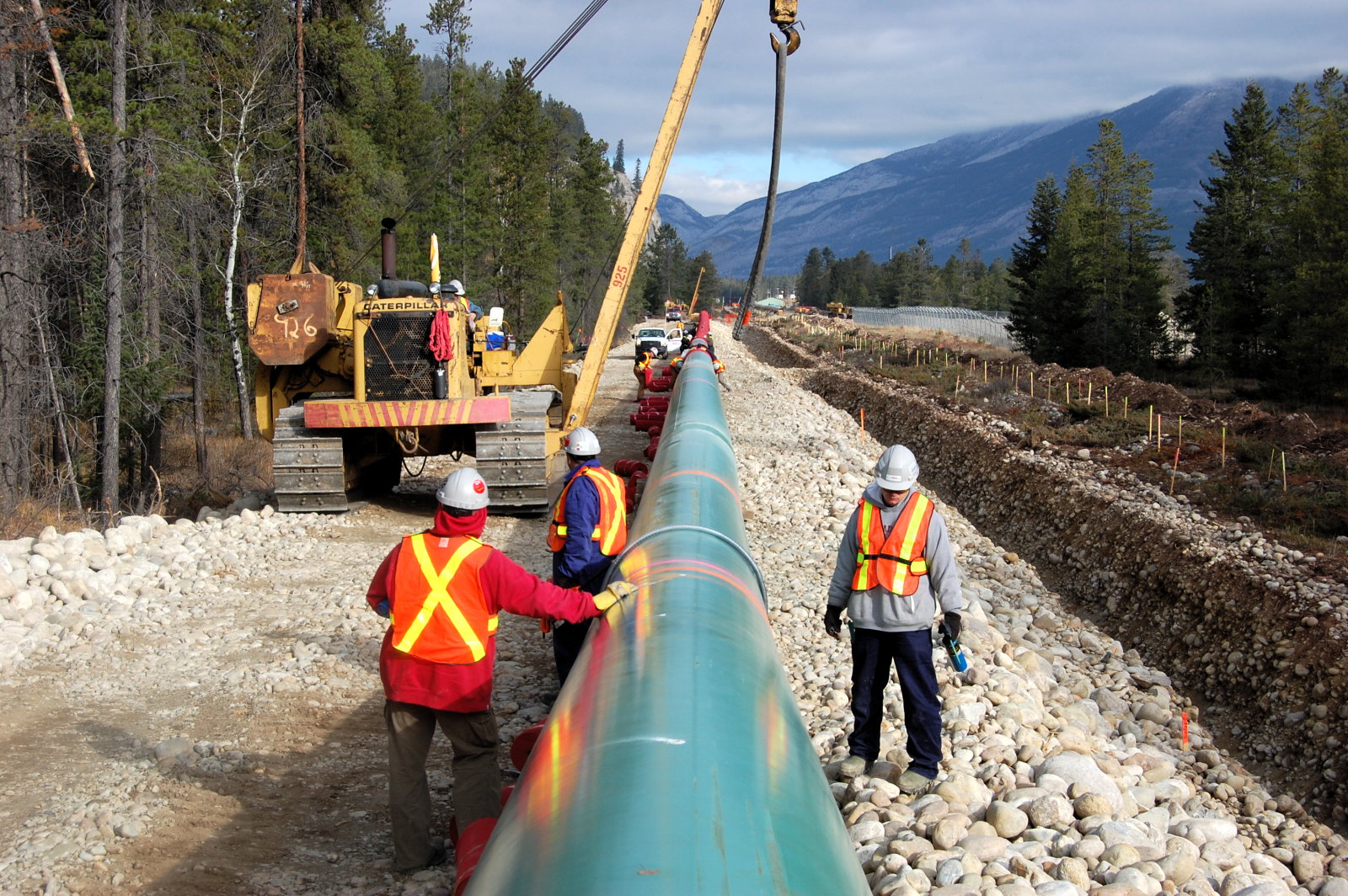 Project Reconciliation, an Indigenous-led initiative, has submitted an unsolicited proposal to the federal government for the purchase of a 51 per cent stake in the Trans Mountain pipeline. The government is now studying the proposal. (Kinder Morgan photo)

By Harrie Vredenburg
The Conversation

Construction of the Trans Mountain pipeline expansion has restarted following the reapproval of the project by Prime Minister Justin Trudeau’s government.

Proponents of the pipeline, however, say it’s too early to celebrate because the pipeline continues to face environmental and Indigenous opposition.

As he announced the resumption, Trudeau stated that his government would be open to Indigenous ownership of the pipeline, ranging from a minority equity stake to a majority stake and all the way to 100 per cent ownership.

Project Reconciliation, an Indigenous-led initiative, has submitted an unsolicited proposal to the government for the purchase of a 51 per cent stake of the Trans Mountain pipeline. The government has responded to the proposal by assembling a committee of experts to advise it on selling a financial stake of the project to First Nations.

Project Reconciliation is a direct response to one of the Truth and Reconciliation Commission of Canada’s calls that Indigenous communities “gain long-term sustainable benefits from economic development projects.”

I have been working since October 2018 with Project Reconciliation. Its plan would use the income generated from a stake in Trans Mountain to create an Indigenous sovereign wealth fund.

The $7.6 billion needed to acquire the stake in the project would come from a syndicated bond, essentially a loan, based on the pipeline assets and long-term contracts in place to ship oil from Alberta to the marine terminal in Burnaby, B.C.

It would involve neither taxpayer money nor place upfront costs on First Nations communities.

But as the government works on developing a plan to divest Trans Mountain, Project Reconciliation is presenting a progressive, constructive way forward that addresses both Indigenous and environmental concerns.

It will help Canada lead the world in reducing carbon emissions from oil production and transport. And it will protect the British Columbia coastline using cutting-edge Western science and Indigenous traditional ecological knowledge.

Michelle Corfield, my co-author, is an Indigenous woman from the Ucluelet First Nation, part of the Nuu-chah-nulth Tribal Council on Vancouver Island, and is Project Reconciliation’s British Columbia marine and environmental adviser. We come from different backgrounds, but are committed to Project Reconciliation because we believe it is the right answer to the Western Canadian pipeline impasse.

Not only will Project Reconciliation help bring prosperity to Indigenous communities and preserve their cultural values, it is an environmentally sound plan. It will help establish Canada as an environmentally responsible leader as the globe transitions to lower carbon.

The Indigenous leadership of Project Reconciliation is committed to mitigating climate change.

As owners of Trans Mountain, Indigenous leadership would demand all shippers on the pipeline adhere to the highest emissions standards. It would press Canada’s oilsands industry to continue to develop new technologies to reduce emissions and to disseminate these technologies worldwide to mitigate global climate change.

All of this would create international Canadian business opportunities and jobs exporting technology and know-how.

Innovations in the Canadian oil industry

My colleagues and I at the University of Calgary and the State University of New York have studied how the Canadian oil industry, faced with economic competitive cost pressures and social pressures to reduce emissions, is innovating in research and development and achieving technological breakthroughs.

These studies, published in the journal Technovation , the Journal of Engineering and Technology Management and the International Journal of Entrepreneurship and Innovation show how the industry uses cutting-edge, open innovation approaches involving multiple energy companies —along with more conventional single firm research-and-development initiatives —to develop new technologies aimed at reducing emissions and costs.

These approaches focus on increasing the energy efficiency of oil extraction.

I’ve also co-authored several studies with colleagues at the China University of Petroleum-Beijing, published in the international journals Energies and the Journal of Cleaner Production, that provide peer-reviewed evidence that the Canadian oilsands industry has been actively achieving measurable results of increased energy efficiency and reduced emissions intensity.

The studies also show that the industry is approaching the average energy efficiency and emissions per barrel of all global oils.

This means that the label “dirty oil,” sometimes used by opponents to describe the oilsands, is no longer applicable. Canadian oilsands-derived heavy oil, much in demand, is no dirtier than average oil.

And if Canada doesn’t supply the global market demand for heavy oil, that demand will be met by other heavy oil-producing nations, like Russia or Angola, that are not developing technologies for emissions reductions. They also have much poorer environmental and social responsibility records.

For more than 20 years, I have teamed up with ecologists, biologists, sociologists and economists in studying protection of ecosystems and the role of keystone species like whales.

In our studies published in Organization Science and the International Journal of Sustainable Economy, we found that collaboration between government, university scientists, resource industries and local communities was paramount.

And in a study published in Ecology and Society, we determined that scientists often have difficulty accessing sufficiently diverse bodies of information, and the knowledge necessary to develop effective conservation policies aimed at protecting vulnerable species.

Recognizing that Indigenous communities could fill that void, a study I coauthored in the Journal of Business Ethics applied these ideas to a case study in the coastal temperate rainforest of Clayoquot Sound, British Columbia.

This consensus was achieved amid one of the most heated and protracted environmental conflicts in Canadian history.

The B.C. coastline is home to more than 135 First Nations communities. It’s important that Indigenous leaders and communities play a significant role in protecting it.

Project Reconciliation will train First Nations people. It will build technical capacity using the latest Western scientific techniques, as well as traditional knowledge to strengthen their role as environmental guardians.

The initiative also supports the First Nations Fisheries Council’s Marine and Environmental Response Program to train and certify marine and environmental response workers in coastal First Nations communities, and to connect them to employment opportunities across the marine sector.

First Nations have an important environmental role to play, from operating the tugboats that accompany tankers through coastal water to monitoring and maintaining high-tech systems that ensure rigorous marine safety.

Michelle Corfield of the Nuu-chah-nulth Tribal Council on Vancouver Island co-authored this article. She is Project Reconciliation’s British Columbia marine and environmental adviser.

[ You’re smart and curious about the world. So are The Conversation’s authors and editors. You can read us daily by subscribing to our newsletter. ]

Harrie Vredenburg is a Professor and Suncor Chair in Strategy and Sustainability at the Haskayne School of Business and a research fellow at the School of Public Policy, University of Calgary