ICC will pursue issue at IMO meeting next year 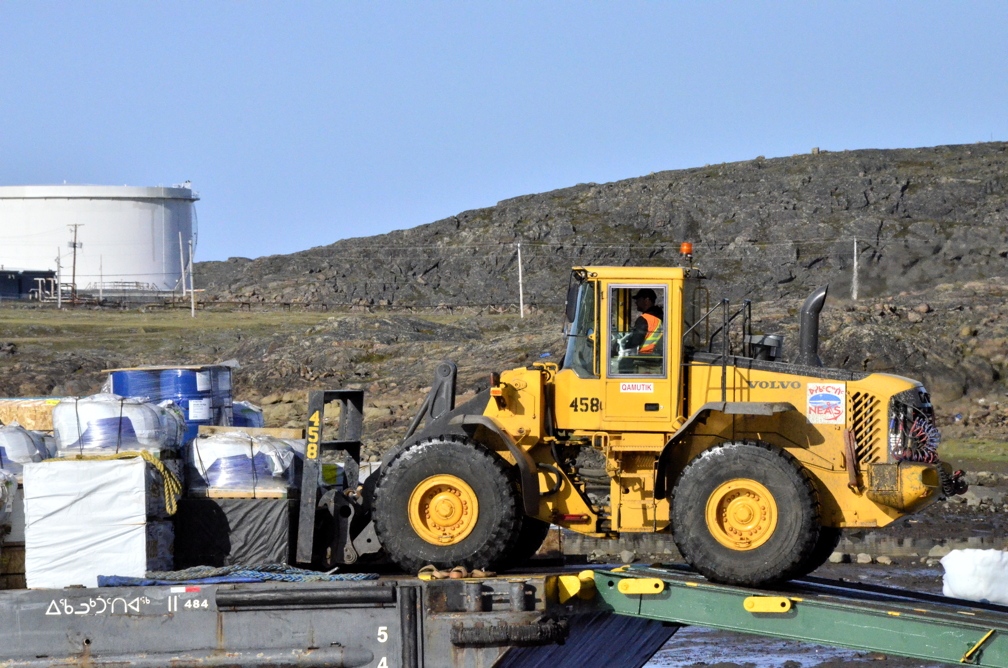 A loader operated by Nunavut Eastern Arctic Shipping lifts cargo from a barge at the Iqaluit sealift beach in July 2019. (File photo)

The International Maritime Organization’s new rules on the use of heavy fuel oil, or HFO, won’t protect the Arctic for at least 10 years, the Inuit Circumpolar Council said in a news release this week.

Alongside a global coalition of environmental organizations called the Clean Arctic Alliance, the ICC has for years urged the IMO to enact an Arctic ban on HFO, a thick tar-like substance used as marine fuel.

Also known as bunker oil, HFO is hard to clean up if spilled into cold waters and when burned, it produces black carbon soot, a major contributor to climate change.

Like the Clean Arctic Alliance, which last week condemned those provisions, the ICC doesn’t like the IMO’s exceptions.

“Protections that take effect in 10 years do nothing to address the immediate impacts and imminent threat of an HFO spill and climate change,” the ICC statement said.

The IMO had granted those exemptions partly in response to fears that a sudden shift to cleaner distillate fuels would raise the cost of living for Inuit living in small Arctic communities.

A Transport Canada report submitted to the IMO in December 2019 found a future ban on all HFO fuels in the Canadian Arctic could cost each Nunavut household up to $1,400 per year.

That’s because sealift cargo vessels operated by partially Inuit-owned firms like Nunavut Eastern Arctic Shipping and Nunavut Sealink and Supply Inc. would experience a sudden increase in costs that they would pass on to consumers.

In a worst-case scenario, the average Nunavut household would have to spend an average of $1,392 each year to buy what they need, Transport Canada found.

So for that and other reasons, the HFO ban won’t take effect until July 1, 2024. And Arctic coastal states can exempt their own coastal vessels from the ban until July 1, 2029 — which would apply to the annual sealift in the Canadian Arctic.

The ICC did not specifically talk about the economic impact of an HFO ban, but it did acknowledge that “Arctic marine traffic is vital to the region’s economic base.”

And, as a near-term measure, the ICC says they want changes that will “greatly reduce” black carbon emissions and create more protection against oil spills.

To that end, they’ll bring the issue up at the 2021 meeting of the IMO’s marine environment committee, Lisa Koperqualuk, vice-president, international affairs, of ICC Canada, said in the news release.

“ICC will continue progressive movement on the HFO ban with IMO, through the Arctic Council and all partners, states and stakeholders,” the news release said.