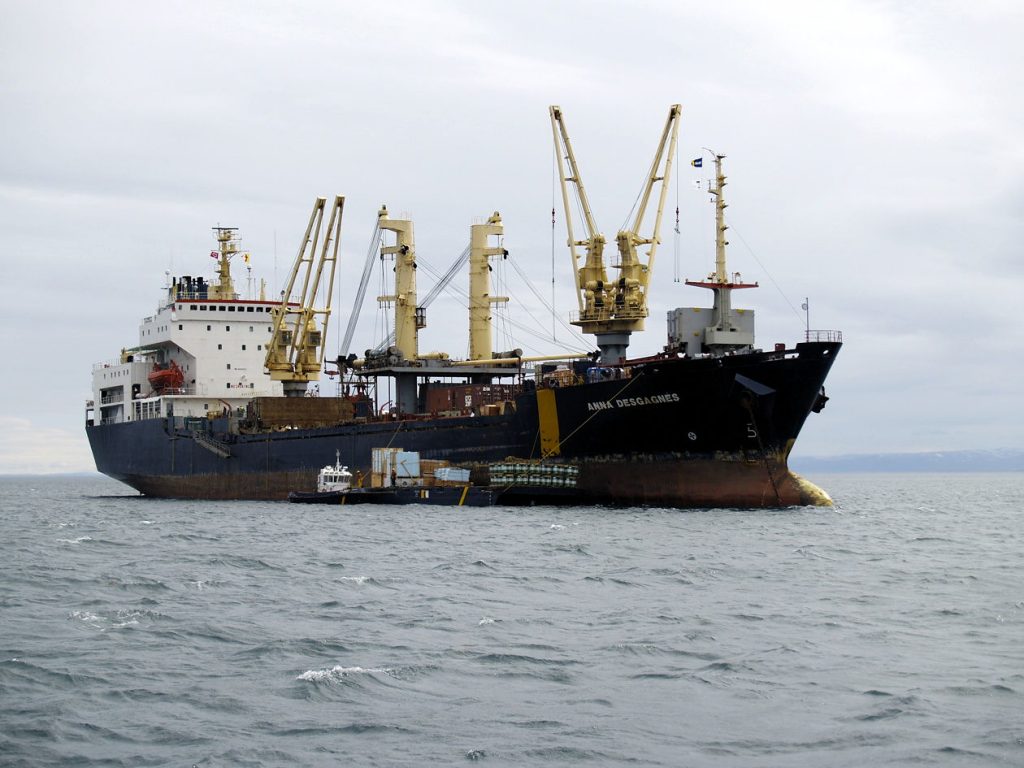 The Arctic sealift vessel Anna Desgagnés, operated by Groupe Desgagnés of Montreal through Nunavut Sealink and Supply Inc., lies off Iqaluit in the waters of Frobisher Bay. (File photo)

Heavy fuel oil, or HFO, is a tar-like substance used as a marine fuel. It’s difficult to clean up if spilled into cold waters and it produces particles of black soot, or black carbon, when ocean-going vessels burn it as fuel.

“By taking the decision to storm ahead with the approval of this outrageous ban, the IMO and its member states must take collective responsibility for failing to put in place true protection of the Arctic, Indigenous communities, and wildlife from the threat of heavy fuel oil,” Sian Prior, the Clean Arctic Alliance’s lead advisor, said in a statement issued after the IMO’s decision.

The IMO, a United Nations agency, has banned HFOs for ships operating in Antarctic waters since 2010.

This week, at a virtual meeting of the agency, it applied that ban to the Arctic.

“In its current form, the ban will achieve only a minimal reduction in HFO use and carriage by ships in the Arctic in mid-2024, when it comes into effect. It is now crucial that Arctic coastal states do not resort to issuing waivers to their flagged vessels,” Prior said.

Earlier this year, the International Council on Clean Transportation issued a report that found, had those loopholes been in place in 2019, 74 per cent of HFO-fuelled ships in the Arctic would have continued to burn HFO fuel.

And HFO use across the Arctic would have been reduced by only 16 per cent, the council found.

Under one such provision, an Arctic coastal state can exempt a vessel flying its own flag in waters subject to their sovereignty or jurisdiction until July 1, 2029.

That covers cargo ships operated by partially Inuit-owned firms like Nunavut Eastern Arctic Shipping, and Nunavut Sealink and Supply Inc., which do the annual summer sealift, as well as the Labrador-owned Woodward Group of Companies, which supplies fuel to many communities.

Those measures were granted in response to fears a sudden ban on HFOs could increase the cost of living in vulnerable Inuit communities in the Canadian Arctic.

A Transport Canada report filed with the IMO found the combined effect of a low-sulphur fuel regulation that kicked in Jan. 1, 2020, plus a proposed future ban on all HFO fuels in the Canadian Arctic, would amount to a double whammy.

That, when implemented, could cost each Nunavut household up to $1,400 per year, the Transport Canada report said.

“This could include direct and indirect effects on the health and quality of life of Indigenous and Inuit peoples living in the Arctic,” the report said.

However, Nunavut Tunngavik Inc. and the Inuit Circumpolar Council still support an Arctic HFO ban—because of its environmental benefits.

For its part, WWF-Canada, and others, wants all waivers and exemptions dropped from the HFO ban.

But at the same time, they want the federal government to create a transition fund to help northern communities cope with the increased cost of living that a total ban on HFOs could produce.