“When Indigenous knowledge and science knowledge merge, it gives a much better understanding” 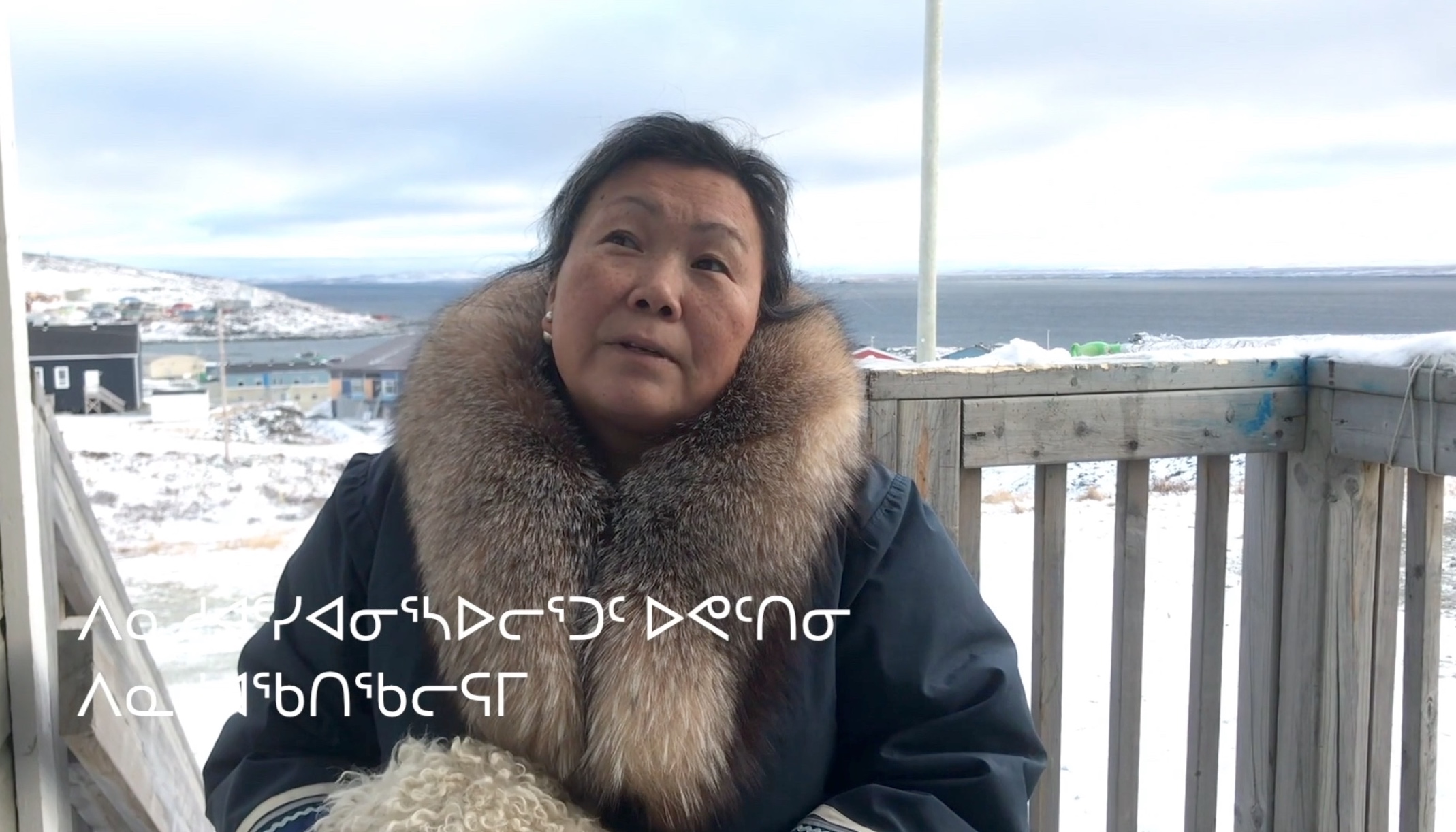 Appearing remotely from her porch to the ArcticNet conference in a pre-recorded video, Lucy Grey of Kangirsuk speaks about how Inuit traditional knowledge fits into research. (Screen shot courtesy of ArcticNet)

Researchers recently found something interesting during a multiyear study of pregnant women in Nunavik – high levels of a mineral called selenium in their blood.

Selenium is beneficial in normal levels, but too much of it can be toxic.

Southern research on the North is nothing new. But what Laval University public health researcher Mélanie Lemire and fellow researcher Matthew Little did with their findings is increasingly becoming the norm: They spoke to the regional hunters association.

Grey was speaking on Dec. 10 at the ArcticNet conference, in a session devoted to how Inuit traditional knowledge – or Qaujimajatuqangit – fits into research.

“The hunters were like, ‘Of course! It’s because the women eat the beluga tail,” she said.

“They did more tests, and of course there were higher levels of selenium in the tail.”

Grey told this story to highlight the need for researchers to closely collaborate with Inuit.

That’s something she helps with on a regular basis.

“A lot of the time, my job is to give the Inuit perspective, the Inuit reality when working with researchers,” Grey said.

“Then they are able to do their job better.”

Grey said in the past, traditional knowledge has only informed research in an anecdotal sense. She described Inuit participation as limited to being research subjects, guides, translators, transcribers and field co-ordinators.

“Now, we have an active role,” she said, adding the change has led to more Inuit-led research, too.

Grey pointed to the Qanuilirpitaa? 2017 health survey, saying it was important to Nunavik, not only because it provided information to the region, but Inuit played a role in choosing which questions were asked.

For Qanuilirpitaa?, researchers travelled across Nunavik via ship to survey people over the age of 16. They were asked a variety of questions related to their mental and physical health.

“Inuit were part of the design of the research, the questions that were asked,” she said. “It’s important to also remember that yes, we have that vested interest in the information that we’re trying to extract.”

Logistics are also an issue. With many Arctic research projects on pause due to the COVID-19 pandemic, community involvement has proven key to continuing work, Grey said.

Although researchers are unable to come up to Nunavik, collaboration can continue, she said, but that requires more investment by academics.

“That only benefits your curiosity and publishing. The information also needs to benefit us who live in the region. When Indigenous knowledge and science knowledge merge, it gives a much better understanding of our world.”