But Ottawa still must make clear what it’s allocating and where, groups say 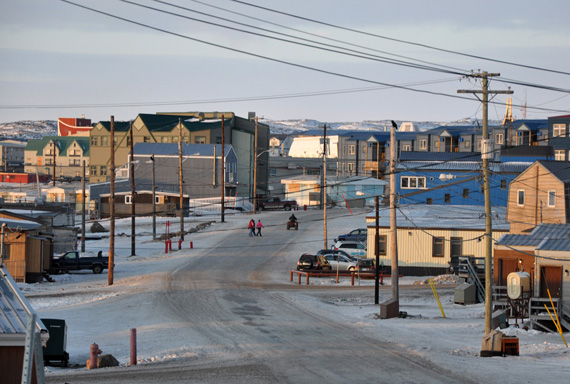 Inuit women’s groups came out ahead in Monday’s federal budget, securing historic amounts of funding for services and infrastructure aimed to support Indigenous and Inuit women across the country.

Pauktuutit Inuit Women of Canada said this means, for the first time in its 36-year history, the organization will have multi-year operational funding from the federal government.

A good chunk of this money will flow from a $2.2-billion envelope responding to calls made at the National Inquiry into Missing and Murdered Indigenous Women and Girls.

It will target a wide swatch of services, from women-focused health care to language revitalization and culturally responsive public services, though just how much of it will end up in Inuit Nunangat is not specified.

Rebecca Kudloo, president of Pauktuutit, said the operational funding will give her organization more financial security, and allow it to have more impact.

“It will support systemic change in health, housing, education, employment and social security for Inuit women and children,” she said in a news release.

“It is also a significant improvement over what Pauktuutit has seen from governments in the past.”

Some of the $2.2 billion is being allocated to building and operating new Inuit-specific shelters for women and their children fleeing violence.

The government also delivered on Pauktuutit’s specific request for transitional housing so those women have longer-term accommodations to re-establish themselves — a service that only exists in Iqaluit.

Earlier this year, the federal government had already announced five new shelters; four in each of Inuit Nunangat’s regions plus another in Ottawa.

But the new budget remains vague about what new funding is being allocated to shelters or housing, saying only that “Budget 2021 investments build on investments made as part of the 2020 fall economic statement,” which includes a $724-million violence prevention strategy for Indigenous communities.

Nunatsiaq News asked Indigenous Services Canada for a breakdown of the $2.2 billion and how much of it would be allocated to shelters and transitional housing, but the department did not respond by deadline.

The latter could translate into better support to increase the role of midwifery across Inuit Nunangat, Kudloo said.

Inuit Tapiriit Kanatami president Natan Obed said Monday that he is optimistic about the budget, noting Inuit have historically been left out of federal funding envelopes because they aren’t included under the Indian Act.

“There is a great deal to be encouraged about in this federal budget,” Obed said in a Monday release.

“But it will be days or weeks before we have a complete picture about how Inuit fit into this.”