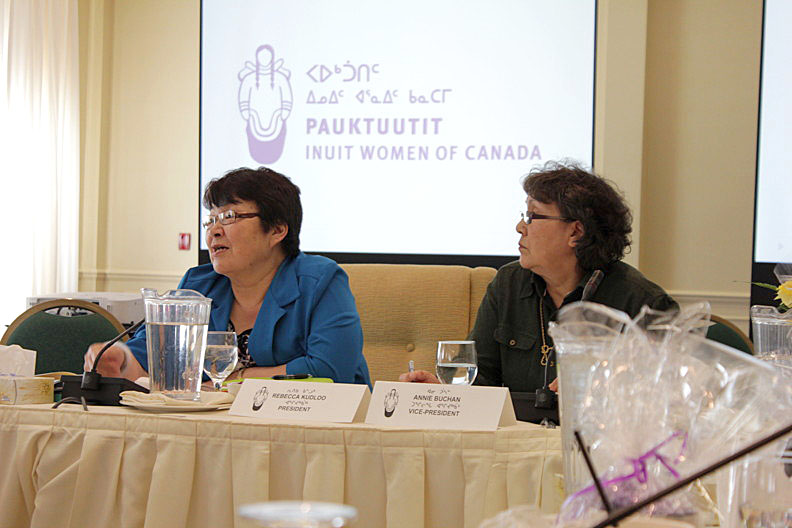 The national organization representing Inuit women is praising a recently released decision from a Nunavut justice of the peace.

The decision from justice of the peace Joseph Murdoch-Flowers, released on Feb. 5, said the court will not convict a woman for breaching her bail condition because she called the police while experiencing violence in her home.

“Inuit women should never feel like they must hesitate to call the police for assistance in Nunavut,” Murdoch-Flowers wrote in his decision.

In a news release, Pauktuutit Inuit Women of Canada said the decision is “very well received” by the organization.

“Pauktuutit acknowledges that it takes an enormous amount of courage for Inuit women to report physical and sexual abuse to policing services, particularly when there is a lack of infrastructure to provide timely access to safety and when the message received is, as the judge put it, “call us at your peril,'” the release said.

“The cases referenced by Justice of the Peace Joseph Murdoch-Flowers once again highlight the urgent need for a full commitment from the federal government to implement the MMIWG Calls to Justice. We must work together to implement Inuit-led solutions in programs, services and legislation so that Inuit women and our children can finally live a life free of intergenerational trauma,” Pauktuutit president Rebecca Kudloo said in the release.

Pauktuutit also released a report in January that called for a fundamental shift in how policing is carried out in Inuit Nunangat.

Pauktuutit said its full policing report, including calls to address the critical need for access to safety for Inuit women and children, will be released at its annual general meeting, held at the end of February.

The report in brief, with its 14 recommendations, is available on Pauktuutit’s website.