Doula treks through whiteout conditions to aid mother in labour 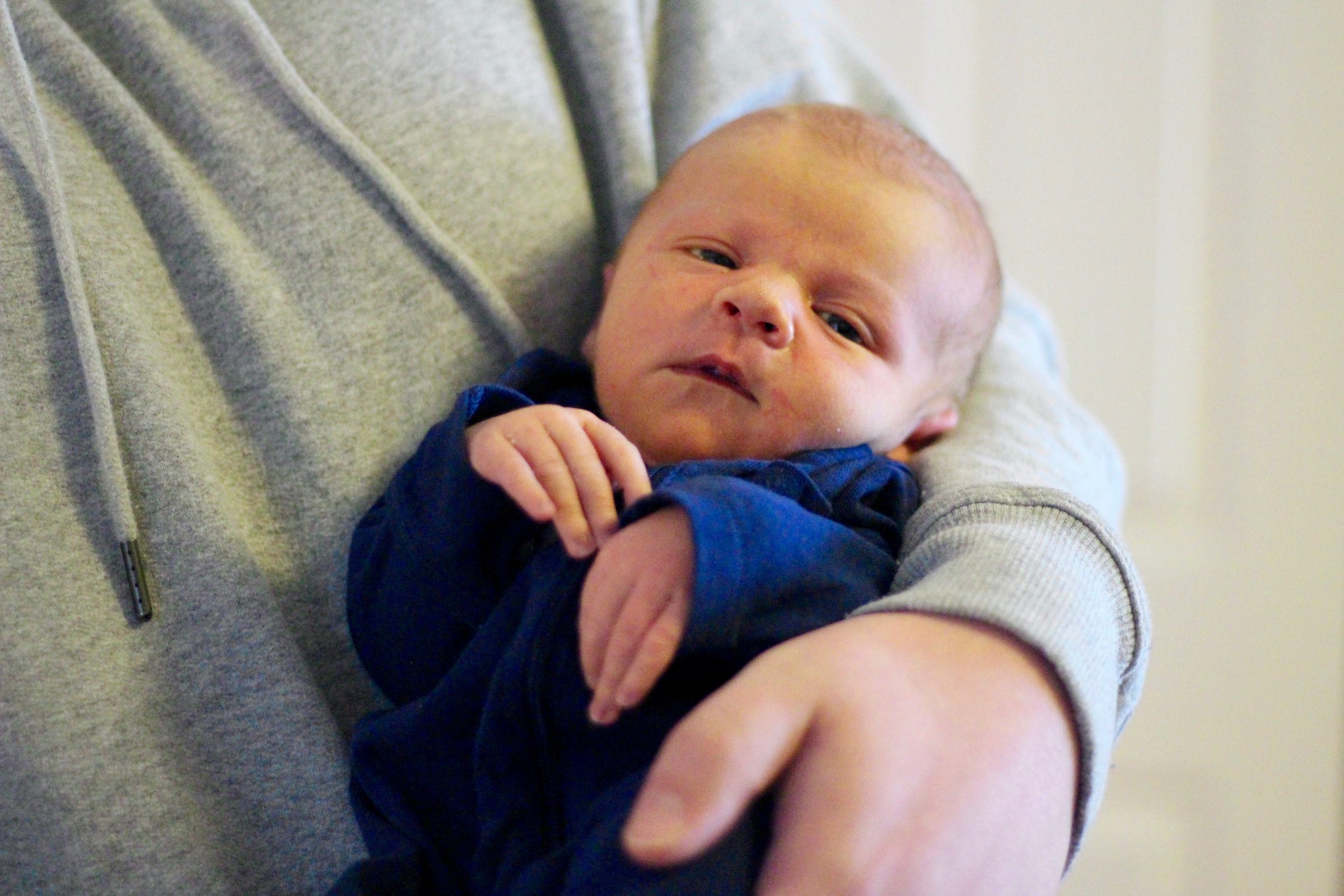 He is less than two weeks old now, but baby Jude is sure to be hearing the story of his Iqaluit blizzard birthday for years to come. (Photo by Beth Brown)

Devon Young doesn’t know how much snow he shovelled during the blizzard that blew through Iqaluit on Saturday, Jan. 26.

What he can remember is the adrenaline rush that helped him clear out his piled-up driveway—a rush fuelled by the knowledge that his partner, Olivia Irwin, was in labour and their infant son Jude would soon come into the world, blizzard or not.

“I wish there was a way to tell you how much snow I shovelled. I have no idea. It looked like a plow came in,” said Young. “I knew I needed to get rid of all the snow.”

Across town in Tundra Valley, Megan Mason knew she needed to get closer to the Plateau neighbourhood where Young and Irwin live.

Mason is a doula, a birth support specialist who helps mothers and couples with their non-medical needs before, during and after labour.

With cabs shut down and roads unploughed, Mason decided she would walk.

The blizzard got bad around 10 a.m., and Irwin had been having contractions all morning. Starting around noon from the end of Tundra Valley, Mason suited up to brave the storm.

Having grown up in Iqaluit, Mason was well aware that walking through blizzards in Nunavut is dangerous. She made herself a makeshift safety vest, and mapped out check points along the way where she could stop in with friends, and let those people know when to expect her. 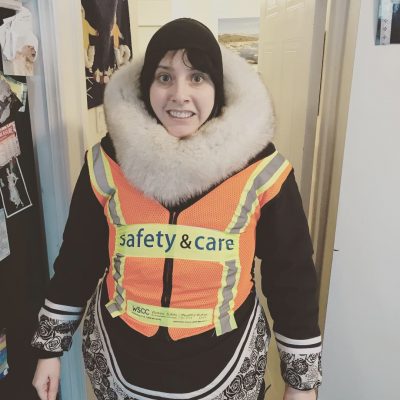 Iqaluit doula Megan Mason made this makeshift safety vest out of a reusable bag for her trek from Tundra Valley to the Upper Plateau in a January snowstorm.

“I needed to get closer to them for early support, so they didn’t rush off to the hospital,” Mason said. Going to the hospital too early can lead to the use of interventions that a couple haven’t planned on. It can also make parents more nervous, she said.

“You want them to be closer to the transition stage of labour,” when a mother is going into active labour, she said.

The stretch from Mason’s home to her first checkpoint at the end of Tundra Valley saw the worst of the wind and low visibility. She made a second stop with a friend near Joamie School and got a snowmobile ride up to the Plateau where her relative lives. That ride helped her cut down on one planned pit stop. There she could wait safely until the young couple needed her.

The journey took around two hours.

“My community helped me,” she said.

For Irwin, the day is largely a blur. But given the circumstances, she said she still “felt pretty calm.”

That’s even when Young called her from his cell phone, earlier in the morning, to say his truck got stuck when he was driving their dog to a friend’s house.

As a city firefighter, Young had colleagues at emergency services who knew about the labour and who had vowed to be on standby if they were needed to come and get the couple during the storm.

Luckily, by the time Irwin was ready to go to the hospital it was about 10 p.m. and the bad weather had lifted—though the roads weren’t all cleared and city services were still shut down.

Mason had joined the couple around 5 p.m., when she started coaching Irwin in exercises that helped to ease her pain.

In an interview at their home a week after Jude’s birth, the new parents were singing Mason’s praises and promoting the value of doula care. That’s especially because the couple don’t have family in Iqaluit.

“Fear in childbirth is what makes birth more painful. Bringing down fear can make a huge difference in labour,” Mason said.

There is research that shows birth support from a doula can even reduce the chances of cesarean sections, she said.

Jude was born at 2:03 a.m. on Jan 27. A week into life, he’s healthy and well. He slept through this interview but peeked his eyes open in time for a photo. 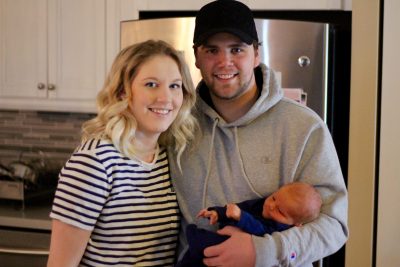 From helping to get a truck unstuck, to delivering a doula by snowmobile, community members in Iqaluit helped Olivia Irwin and Devon Young to have their baby Jude safely during a blizzard.