“For the first time in a long time, we are in a position where we’re meeting the calls for service” 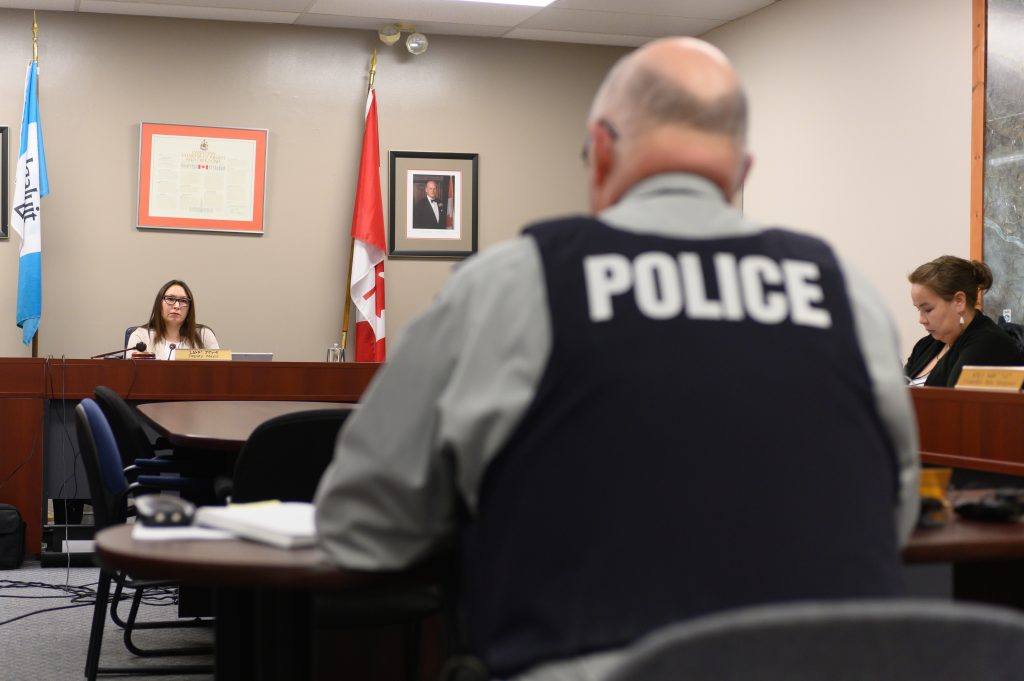 “For the first time in a long time, we are in a position where we’re meeting the calls for service,” Elliott said.

In August, Elliott had announced to council that the detachment would have several new faces in September.

The additions have helped.

Since Nov. 1 the detachment has been operating on 12-hour shifts, with each member rotating through two day shifts, then two night shifts, followed by four days off.

According to Elliott, the new schedule, which is part of a six-month pilot program, has allowed officers to get more rest and provided better continuity for their investigations.

He also used the opportunity to speak to council about the detachment’s plans for December and beyond.

The Iqaluit RCMP will again be participating in the national Christmas traffic-stop program that runs across all of Canada on Saturday, Dec. 7.

“Even though that is a one-day national program—like I did last year—I want to run the program right through till January second,” said Elliott.

Also like last year, the RCMP will partner with the Nunavut Liquor Commission in handing out taxi vouchers to people who are supporting sober driving.

Beyond the holidays, Elliott discussed other winter-related issues, namely, the lack of places for Iqaluit’s homeless to shelter at night.

“Those that are less fortunate within the city don’t have a warm place to go at nighttime,” said Elliott, referring to the closure of the damp shelter in July.

“The detachment cells are not a place to house people who have not committed a crime.”

Elliott also noted that the lack of shelter spaces may contribute to other issues facing the city, namely, fires.

“Last year we had several shack fires that were a direct result from what investigations determined was actually naphtha gas, those that are less fortunate trying to fill their heaters up—and you know, the gas is clear liquid—and unbeknownst to them, it spills and as they go to light their stove, they have a fire. Those are the kinds of things that draw concern not only for us but all the service agencies,” said Elliott.

“I urge the city to be involved in finding a building that can be used before we have to attend hypothermic situations.”

Elliott will be among those attending the Iqaluit cold weather strategy meeting being organized by the Uquutaq Society.

“I’m optimistic at this point that we’re gonna have resolutions sooner rather than later. Nothing public yet, but it’ll come very shortly,” said Coun. Kyle Sheppard, who will also be attending the meeting.

The next Iqaluit city council meeting, the last of the year, will be on Dec. 10.