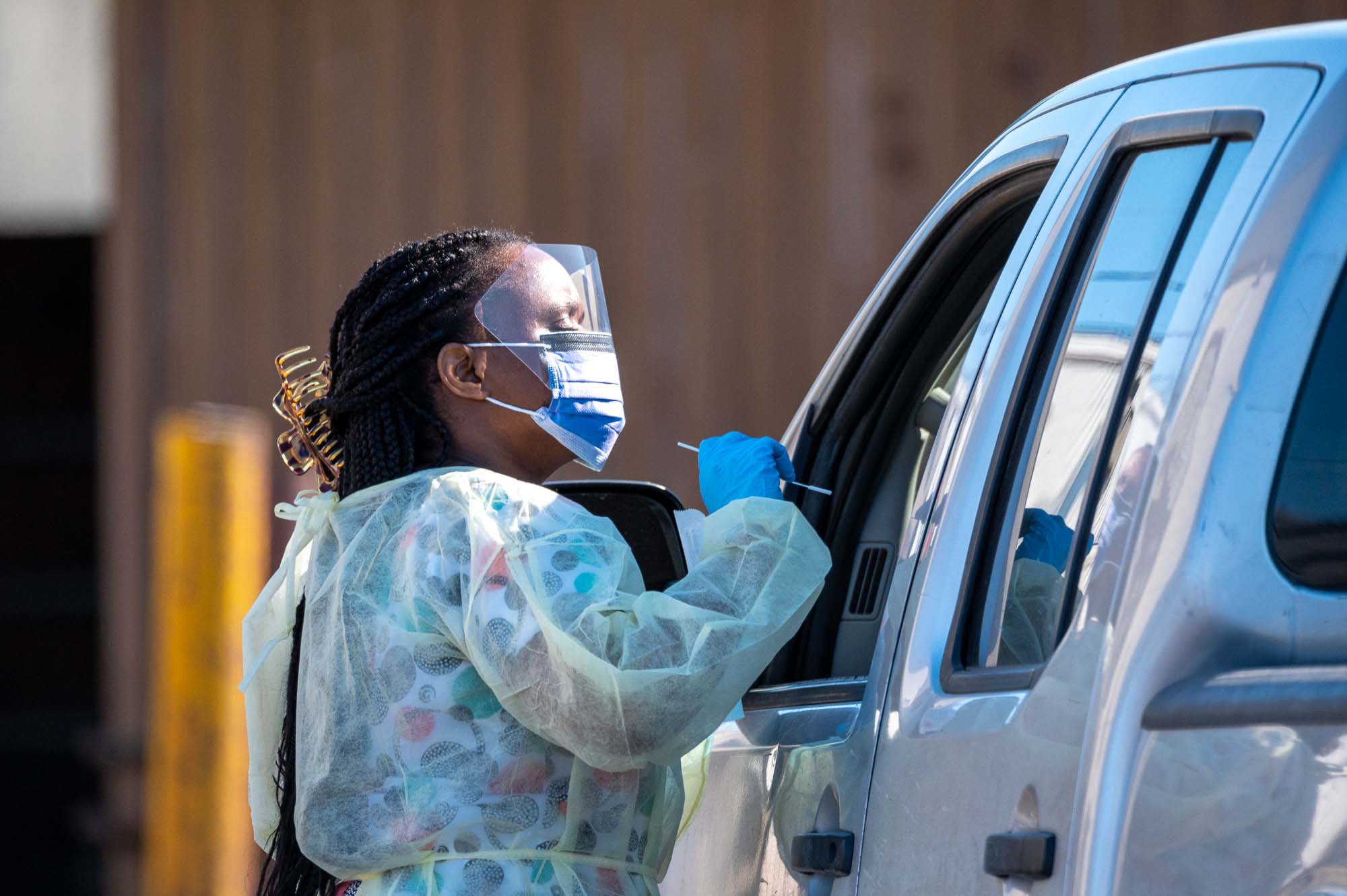 Since Iqaluit’s first case of COVID-19 was confirmed 19 days ago, there have been over 1,500 swabs conducted in the city and of those, 125, or roughly eight per cent have been positive. (Photo by Dustin Patar)

Iqaluit city council has declared a state of emergency in response to the COVID-19 outbreak that arrived in Nunavut’s capital more than two weeks ago.

The declaration, passed unanimously by councillors during an emergency meeting Monday afternoon, follows last week’s announcement that community transmission of the virus was taking place in the city.

“We made the motion specifically to enforce the fact that it is an emergency,” said Iqaluit Mayor Kenny Bell.

“We want to make sure the citizens understand that it is a very serious event going on here and we need everyone to listen to the chief public health officer’s orders.”

There are now 81 active COVID-19 cases in Iqaluit, a number that has nearly doubled in the past week.

The state of emergency, which takes effect Tuesday at 12 a.m., will give the city access to “limited authorities” under the territory’s Emergency Measures Act.

Coun. Kyle Sheppard, who made the motion to declare the state of emergency during Monday’s meeting, pointed on Twitter to a section of the law that lists the powers it gives the municipality. They include implementing the city’s emergency management program, acquiring property needed during the emergency, constructing works or demolishing structures.

This is the entirety of authorities provided by declaration of local emergency as per Emergency Measures Act. pic.twitter.com/QW7lJDxshP

Bell also added that it does give the city some additional powers.

“Municipal enforcement is already enforcing the CPHO orders but it gives us a little bit more power to do so and makes it possible to appoint additional personnel as officers to assist with compliance,” he said.

Bell added that the declaration means that city staff may be directed to other things to help out around the community within the context of the emergency.

He also expressed his gratitude that staff have been successful at doing this as needed throughout the entire pandemic.

Council’s move came as the outbreak’s impact continues to expand. Over the weekend, Iqaluit’s low-barrier shelter, which is run by the Uquutaq Society, was forced to close its doors due to a COVID-related staffing shortage.

“All four staff are in COVID isolation, with one testing positive,” wrote Laurel McCorriston, executive director of the Uquutaq Society, on Facebook Sunday afternoon.

When asked whether the city’s emergency declaration would help the shelter reopen, Bell was unsure, though he did stress the importance of the service it provides.

According to McCorriston, there has been talk between the shelter and the Department of Family Services about the possibility of additional help.

However, those people would require training and McCorriston said that there is currently nobody available to train them.

When asked whether the staffing shortages could extend to the society’s 60-bed shelter and transitional home, McCorriston said that although it’s possible, she doesn’t foresee it.

In addition to Monday’s declaration, Bell also said that the City of Iqaluit’s COVID-19 task force, which was created over a year ago at the onset of the pandemic, continues to meet every other day.

The meetings provide a chance for various city departments to provide regular updates and, if there are problems, an opportunity to find solutions.

To date there have been 1,533 tests conducted in Iqaluit. Of those, 125, or roughly eight per cent, have been positive.

Meanwhile, across the territory, there continue to be two active cases of COVID-19 in Rankin Inlet and two in Kinngait.
For updated information and resources on COVID-19, visit the Government of Nunavut’s website.
The government’s next COVID-19 update will be held on Tuesday, May 4, at 11 a.m. eastern time.