Iqaluit gathering planned for National Day for Truth and Reconciliation 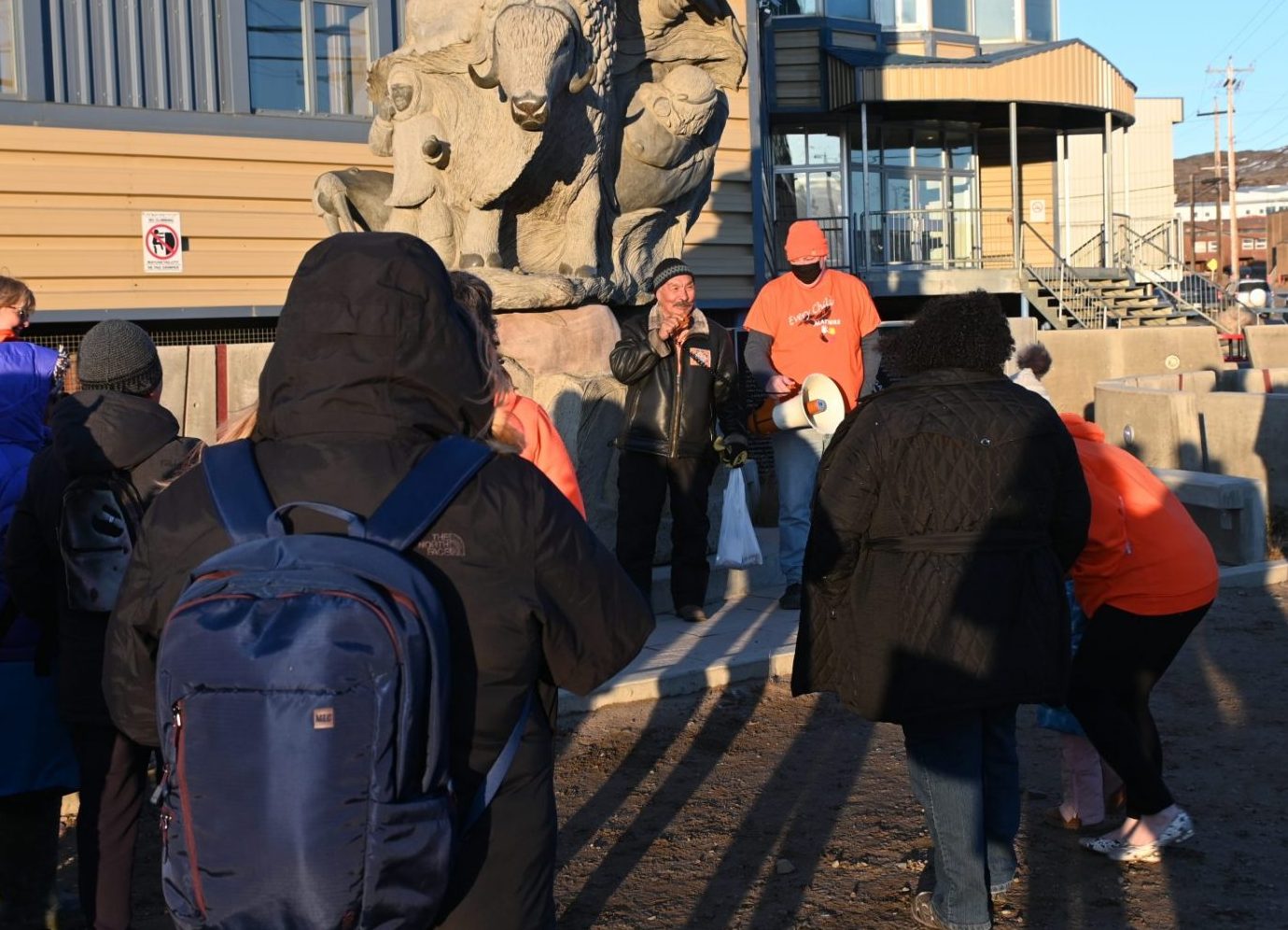 A scene from a previous Orange Shirt Day event held in Iqaluit. The walk for National Day for Truth and Reconciliation will start at the Igluvik Building at 1 p.m. (File photo by Meagan Deuling)

A walk of remembrance will be held through Iqaluit on Thursday to honour residential school survivors during the inaugural National Day for Truth and Reconciliation.

The event is being organized by Nunavut Tunngavik Inc. and the Qikiqtani Inuit Association. 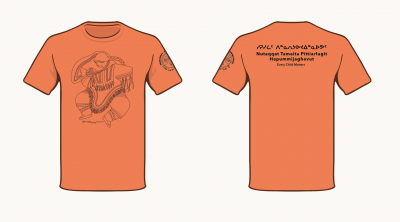 Orange T-shirts designed by Inuk artist Germaine Arnaktauyok will be handed out on Thursday in Iqaluit during the National Day for Truth and Reconciliation. (Image courtesy of NTI)

NTI president Aluki Kotierk said the event is about reflecting on how to ensure Inuit culture and tradition are thriving despite the damage of residential schools.

“It will be a good day of reflection,” she said in an interview

Kotierk noted that while the National Day for Truth and Reconciliation is new, Orange Shirt Day, which served a similar purpose and occurs on the same day, has been held since 2013.

The event begins at 1 p.m. at the Igluvut Building, where orange T-shirts will be distributed. At 1:30 p.m., there will be a moment of silence and then the walk will begin, ending at Iqaluit Square at 2:15. From 2:30 to 3:30 country food will be distributed.

NTI is also sending orange T-shirts to Nunavut’s other communities, Kotierk said. She added that NTI hopes to organize events in other Nunavut communities in the future.

This year’s T-shirts have an illustration of a mother and her child done by the Inuk artist Germaine Arnaktauyok, Kotierk said. Inuktut will be on the shirts as well.

In June, Parliament passed legislation to make Sept. 30 a statutory holiday for federal employees and workers in federally regulated workplaces.

Schools and territorial government offices will also be closed for the day in Nunavut, but Sept. 30 isn’t yet considered a statutory holiday in the territory. During the recent sitting of the legislature, Nunavut’s minister of human resources, David Akeeagok, said that the government needed more time to consult businesses and other organizations before declaring the day a holiday.