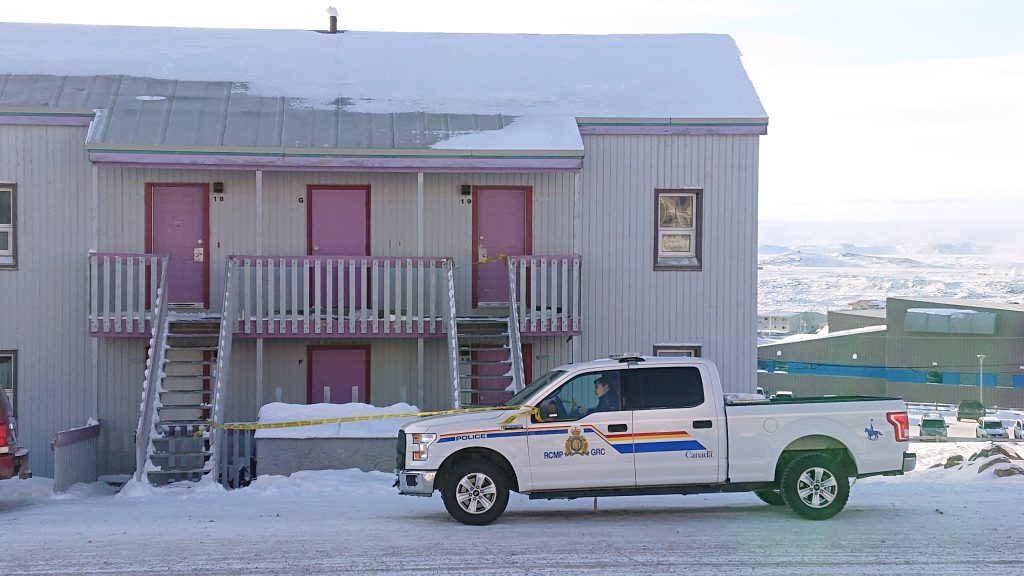 Police tape cordons off one of Nunavut Arctic College’s residential units in Iqaluit on Thursday, Feb. 6. After the police were called to the residence in the early morning that day, William Autut of Iqaluit was charged with second-degree murder for the death of a 43-year-old woman. (Photo by Thomas Rohner)

An Iqaluit man has been arrested after a 43-year-old woman was found dead in a Nunavut Arctic College housing unit in the early morning of Thursday, Feb. 6.

William Autut, 52, has been charged with second-degree murder and failing to comply with a probation order, RCMP said in a news release on Friday, Feb. 7.

The police were called to the college residence early on Thursday morning, the RCMP said.

The circumstances of the woman’s death appear to be “suspicious” in nature, the police said.

After an initial investigation, Autut was remanded into custody.

The Nunavut RCMP’s major crimes unit, forensic identification unit and Iqaluit detachment, as well as the Nunavut Office of the Chief Coroner, continue to investigate the matter.

Autut’s next scheduled court appearance is March 3 at the Nunavut Court of Justice.