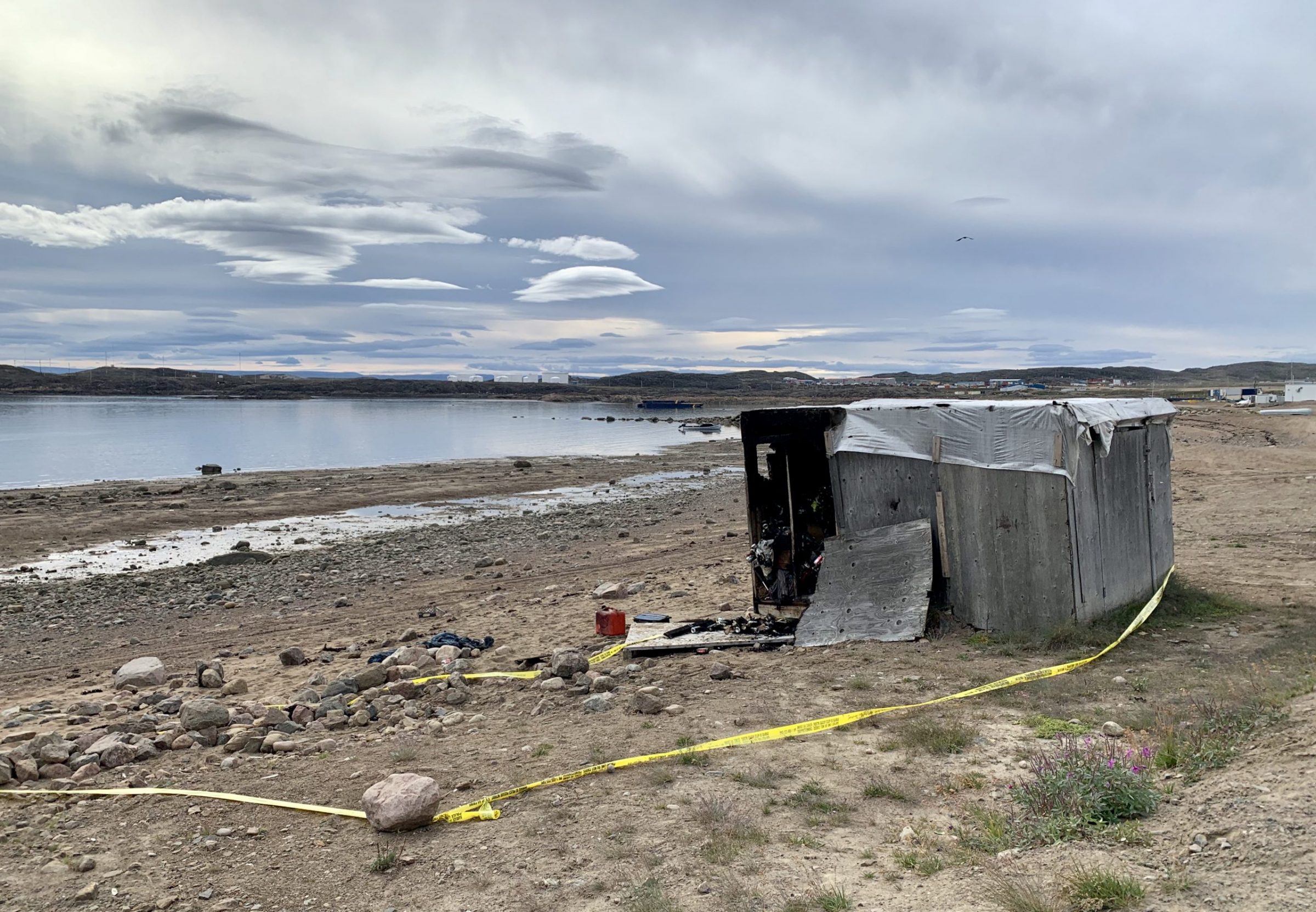 A man has died after a shack fire on the beach in Iqaluit, which was reported to firefighters and the police just after midnight. (Photo by Emma Tranter)

An Iqaluit man is dead after a shack fire on the beach that was reported in the early hours of this morning, Nunavut RCMP said in a news release.

The fire broke out at a shack behind the elders’ qammaq, the release said.

The police received a report of the fire shortly after midnight. When they arrived, the Iqaluit fire department was already on the scene.

“One adult male was located and removed from the shack and provided with immediate medical care. He was rushed to the Qikiqtani General Hospital by ambulance and pronounced deceased,” the release said.

Ten firefighters responded to the incident, the City of Iqaluit said in a separate news release.

The cause of the fire is unknown at this time and is currently being investigated by the Office of the Chief Fire Marshall and the RCMP, the City of Iqaluit said.