“It requires a new mindset” 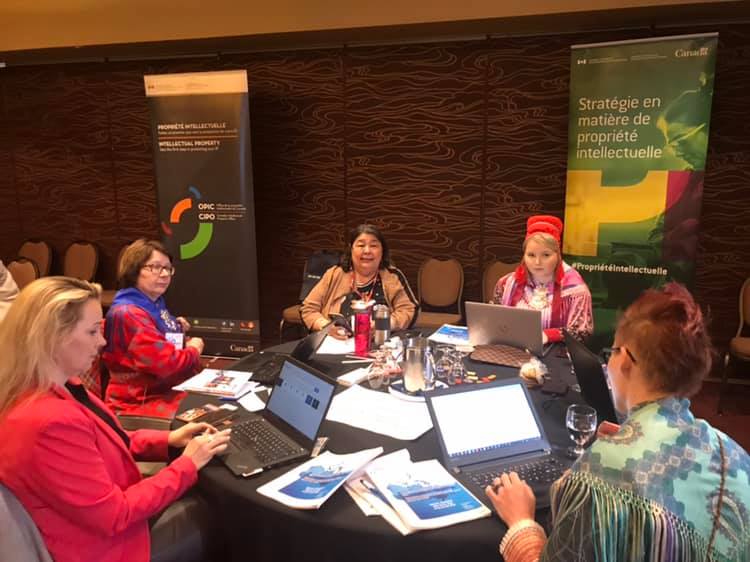 When an Inuk artist carves a sculpture from stone, it’s usually clear who the creator is.

But what about the design of the carving itself—was it original? Where did the soapstone used to make the sculpture come from, and how was it acquired?

Laws governing intellectual property, or IP, offer protection to inventors and artists of the rights to use their creations, through tools like patents and copyright.

In recent years, Indigenous groups have raised questions about whether these protections should be extended to traditional knowledge and other forms of cultural expression.

That brought the World Intellectual Property Organization (WIPO) to Iqaluit last week for a three-day meeting on May 14–16, hosted by the federal government and Nunavut Tunngavik Inc., and attended by a number of circumpolar Indigenous groups.

WIPO, a self-funded agency under the United Nations, serves as a policy forum for intellectual property around the world.

The meeting was one of the first gatherings of its kind in Canada’s North, designed to identify gaps where intellectual property law has neglected to include creative expression and traditional knowledge that comes from Arctic and Indigenous regions.

In 2018, the federal government launched a national intellectual property strategy to help Canadian innovators and businesses to better understand and protect IP.

Part of that strategy recognizes that IP hasn’t always served Indigenous groups as well as it could.

“Knowing that we were pursuing issues related to the intellectual property regime, we thought that it would be an honour for Canada to host,” said Mark Schaan, director of marketplace framework policy at Innovation, Science and Economic Development Canada.

“And it was very timely to have it in Iqaluit because we knew it’s a place where there are a lot of these discussions happening.”

“One aspect of that is a pillar around the relationship between Indigenous peoples and the intellectual property regime,” Schaan said. “Because that’s an area that has a lot of negative history but also a lot of opportunity for figuring out how we can work on that together.”

The $85-million strategy also comes with funding specifically targeting Indigenous groups to help build their own IP capacity. While the Assembly of First Nation and Métis National Council have received some of the money, the department is now in discussions with Inuit Tapiriit Kanatami on how Inuit groups could benefit.

But the WIPO meeting participants have raised a number of current or hypothetical situations that IP is not equipped to respond to, she said.

The very concept of intellectual property is very individualistic, Belleau said, whereas Inuit or Indigenous societies are more collective in nature.

“Inuit culture and traditional knowledge are sort of collectively known and have been shared over generations,” she said.

“Our cultures have been in existence since time immemorial. You cannot trace back who first invented throat singing or some of our tools or designs, so that’s a clear clash with the IP system, which is almost always tied back to the originator.

“And it’s a personal observation, but with intellectual property, there’s an element of capitalism in it,” Belleau said. “Whereas as Indigenous peoples, we don’t necessarily see our culture as an asset or something to be exploited or for monetary gain.

“We live and breathe who we are. We mainly want respect and we want those things to be acknowledged and protected, more so than seeing those things in a dollar sign.”

The Saami have their own certification trademark

Similar to the Igloo tag, the Saami have their own certification trademark for protecting traditional handicrafts.

But Anni-Helena Ruotsala, who is environmental secretary for the Saami parliament in Finland, said the Saami have also looked to other United Nations instruments, like the UN’s convention on biological diversity, to acknowledge its cultural expression and traditional knowledge “in a more holistic way.”

In Finland, for example, Ruotsala explained that reindeer herding is not protected. Saami have looked at trying to implement geographical indication—a form of certification based on the original version of a given thing—to recognize that practice, as well as the provision of reindeer meat.

“It’s to create a marketing niche for us and, in that way, protect our traditional knowledge,” Ruotsala said.

“It requires a new mindset. We are not used to thinking of the benefits of such,” she said. “So this has been a really insightful few days.”

WIPO will publish a report based on feedback it gathered at the Iqaluit meetings.