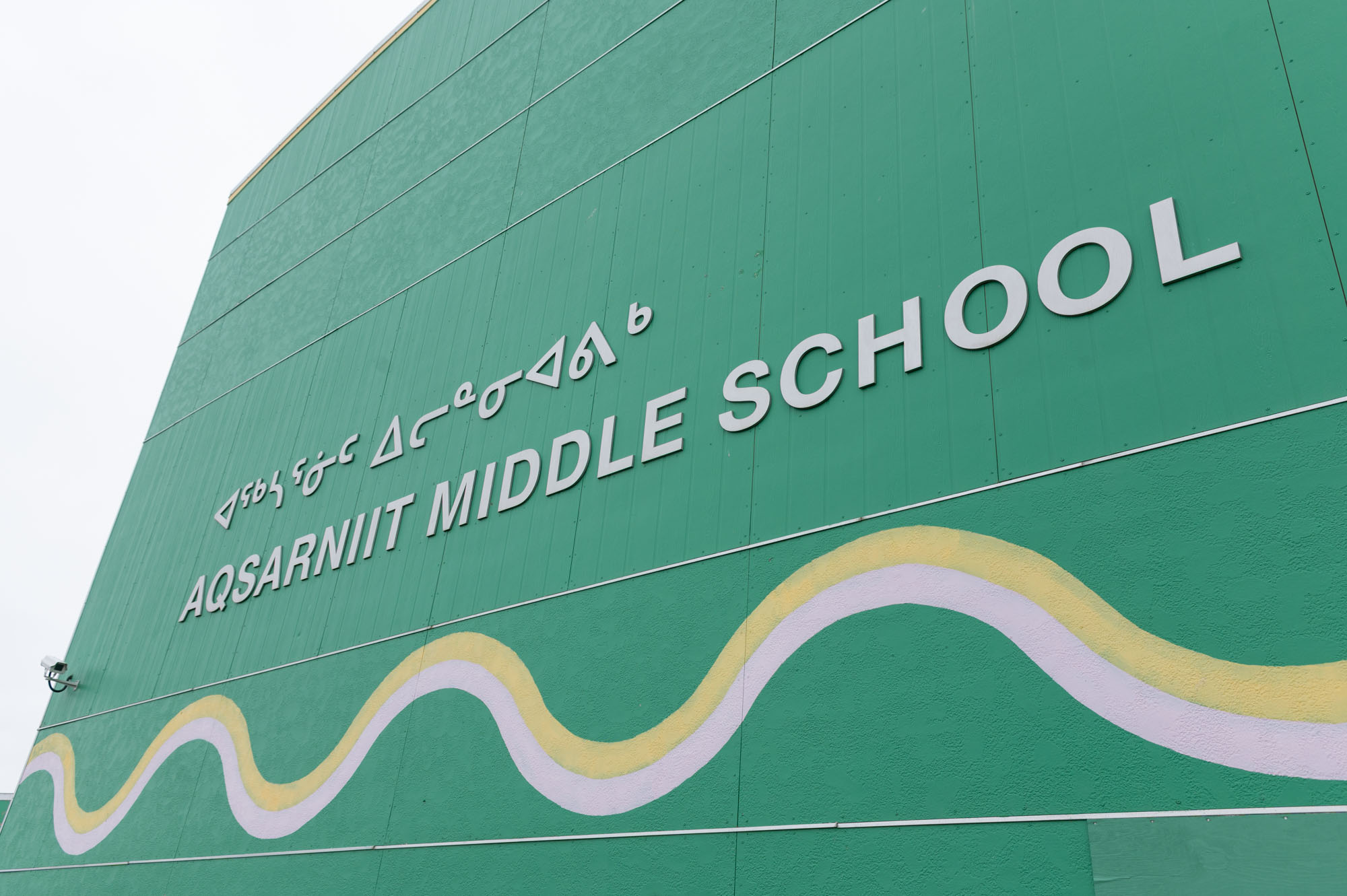 Students in Aqsarniit Middle School’s Cohort B can resume classes on Tuesday after contact tracing and testing of high-risk contacts resulted in no new cases of COVID-19, the Government of Nunavut announced late Monday afternoon.

“The risk of exposure to other students at the school is considered low,” the GN said in a news release.

Of the three new cases announced over the weekend, two of the confirmed cases were students at the Iqaluit school.

As a result, on Monday, test swabs were collected from students in Cohort B, who were already scheduled to be learning from home, as well as their contacts. Since the start of the COVID-19 outbreak in Iqaluit, the student body has been divided into two groups that attend school on alternating days.

“This is not a school-based outbreak or transmission,” said Dr. Michael Patterson, Nunavut’s chief public health officer, during a news conference on Monday morning prior to the afternoon announcement.

“We have good evidence that both students acquired this outside of school.”

While the students alternate in cohorts, teachers and staff at the school remain consistent.

“If there’s any doubt about the risk for staff, especially teachers, they’ll be asked to stay home until we can sort it out,” Patterson said.

The Department of Health says it does regular surveillance testing at schools to ensure that health teams can track and contain the virus quickly.

The news that the school will remain open comes as no new cases and no new recoveries were reported in Iqaluit on Monday.

There are currently nine active cases in the territory, all in the capital city where the first case of the virus was discovered exactly two months ago.

Patterson also announced that after “extensive” testing of staff and clients at the Tammaativvik medical boarding home, there is no evidence of transmission.

As a result, medical travellers who were isolated as a precaution at the facility beginning on Friday morning can start going home as early as today.

Patterson also said that health teams are not aware of any transmission at the Qikiqtani General Hospital emergency room, which was the subject of another exposure notice, though contact tracing is ongoing.

Anyone who was at the emergency room’s waiting area beween 8 p.m. on June 7 and 9 p.m. on June 9 is asked to get tested by either calling the COVID-19 hotline, going to the Cadet Hall walk-up clinic or to the mobile testing unit around the city.

The mobile clinic, which is offering Moderna vaccines as well as COVID-19 testing, can be found at the following locations:

Of the eight cases announced since Thursday, three were detected because people presented symptoms, with the remaining five were identified through contact tracing.

Over the last week, all confirmed cases have been able to be linked.

The majority of people over the last week have caught the virus in their own home, Patterson said.

Although there have been no new cases reported since Saturday, Patterson said that if health teams begin to see “explosive growth like we saw at the early stages of this outbreak,” or an increase in unlinkable cases, then it would be appropriate to bring back tighter measures.

The Government of Nunavut is scheduled to hold its next televised COVID-19 update on Thursday at 11 a.m. eastern time.

Correction: This article was edited from an earlier version to correct the fact that students in Cohort B were not scheduled to be at school on Monday.