“Is this the kind of treatment that the GN’s growing number of long-term casuals can expect from the … the Department of Human Resources?” 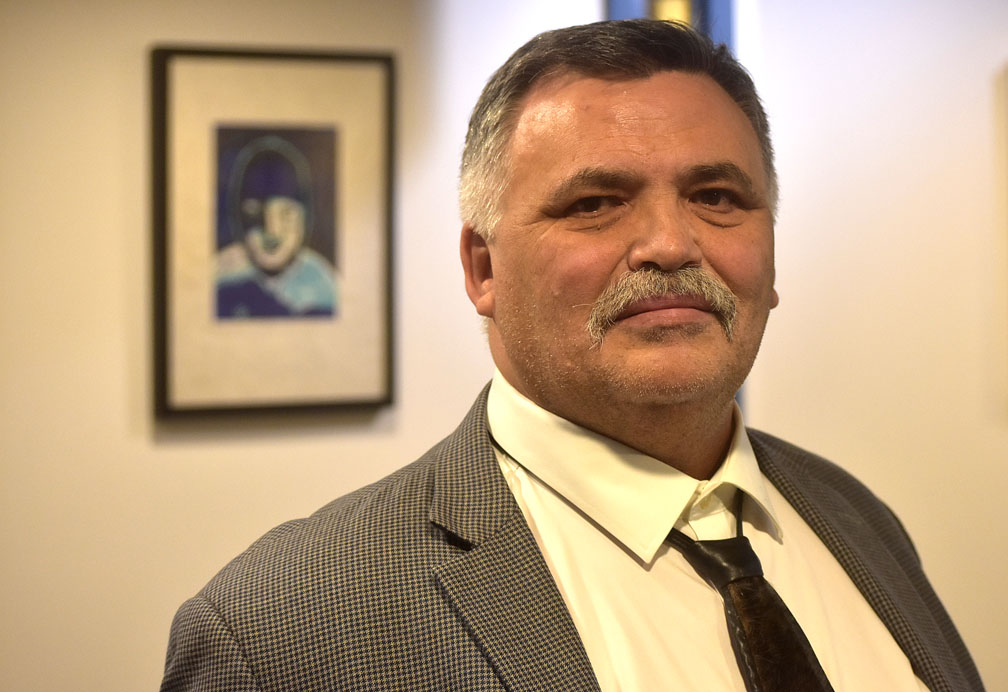 Lorne Kusugak, minister responsible for Community and Government Services and newly appointed minister of the Department of Human Resources, answered questions in the legislature on Tuesday, Feb. 26, about layoffs of casual empioyees. (File photo)

Iqaluit-Manirajak MLA Adam Lightstone says Nunavut’s Department of Community and Government Services recently laid off a group of casual employees who were just one day short of receiving bonuses for continuous employment.

Speaking in the legislature on Tuesday, Feb. 26, Lightstone said these layoffs were not due to performance reasons, but because their jobs didn’t fit the department’s “organizational chart.”

“Essentially these casuals were working in unfunded positions,” Lightstone said.

The timing of these layoffs, on Nov. 30, meant that staff were unable to collect a continuous service bonus that calls for employment on Dec. 1, said Lightstone.

“I’m sure none of those employees had a very happy holiday,” Lightstone said.

Addressing Lorne Kusugak, who is the minister responsible for the department, and who will soon be minister of the new Department of Human Resources, Lightstone asked: “Is this the kind of treatment that the Government of Nunavut’s growing number of long-term casuals can expect from the newly appointed minister responsible for the Department of Human Resources?”

Kusugak was animated in his response.

“If there was a cheap shot across the bow, I think I just felt it,” he said. “I would like to assure my colleague that in 34 days I will be the Minister of HR and that minister is not responsible for hiring or firing any departmental staff.”

Earlier, Lightstone asked how many employees had been laid off. Kusugak said he would provide those numbers when they were available.

Lightstone also asked what efforts had been made to transfer these employees into funded positions. Again, Kusugak said he didn’t know, but “once the facts surface and are available, then we can provide the information.”

A report by Nunavut’s Department of Finance titled, Towards a Representative Public Service, says that as of Dec. 31, 2017, there were 92 casual staff working within the Department of Community and Government Services throughout the territory. Of those, 58 staff were Inuit. Across the GN’s Public Service, about half of casual workers are Inuit.

In Iqaluit, that report said there were then 195 permanent CGS positions and 80 of those positions were vacant. Of 115 staff hired then in the Iqaluit office, 32 were Inuit.

“We’re talking about a department that has many casuals,” Kusugak said. “Nobody in any department anywhere in the public or private sector likes to let go of their employees.”

When Lightstone asked Kusugak if any of the casual staff in his department who were laid off in November had new jobs with the GN now, Kusugak said he didn’t know.

“There is never a good time to let people go, but never a bad time to hire people,” Kusugak said. “Mr. Speaker, I assure him that the new HR department that will be formed on April 1 has nothing to do with what transpired on Nov. 30 and I assure him I will look into the matter.”