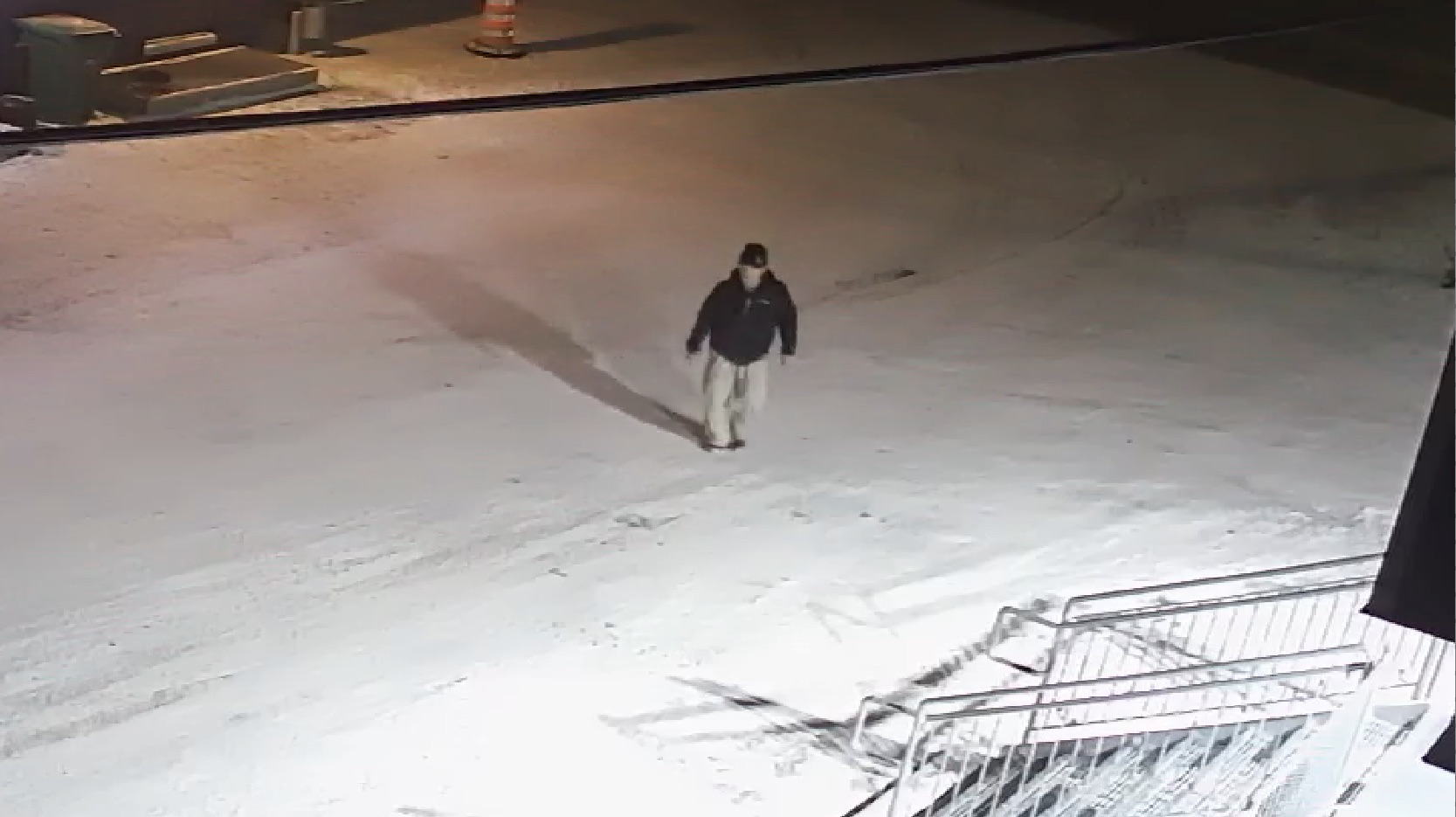 In December, Iqaluit RCMP released this photo of a suspect in a series of break and enters, requesting the public’s help in the investigation. (Photo courtesy of RCMP)

Three people have been arrested following a month-long investigation into stolen alcohol and multiple break and enters in Iqaluit.

RCMP laid total of 23 charges were in regards to “large amounts” of stolen alcohol, the police announced on Wednesday, in a news release.

An earlier news release from RCMP said over 700 litres of alcohol were stolen.

A 39-year-old man was charged with 17 offences, including three counts of breaking and entering a business, two counts of theft over $5,000 and theft of a vehicle.

He is also charged with fleeing from police, dangerously operating a vehicle and unlawfully being in a dwelling.

The man is in custody and is expected in court on Jan. 25.

A second male has been charged with one count of breaking and entering a business, theft under $5,000, possession of break-in instruments and mischief. RCMP did not give his age.

He is scheduled to appear in court on Feb. 24.

The third male is charged with breaking and enter a business and theft under $5,000. RCMP also did not give his age.

His first court appearance is scheduled for March 10.

An earlier news release from the RCMP said the break-ins happened between Nov. 22 and Dec. 4. Cpl. Pauline Melanson said in an email they happened at businesses throughout the city.

The RCMP thanked the public for their assistance during the investigation.