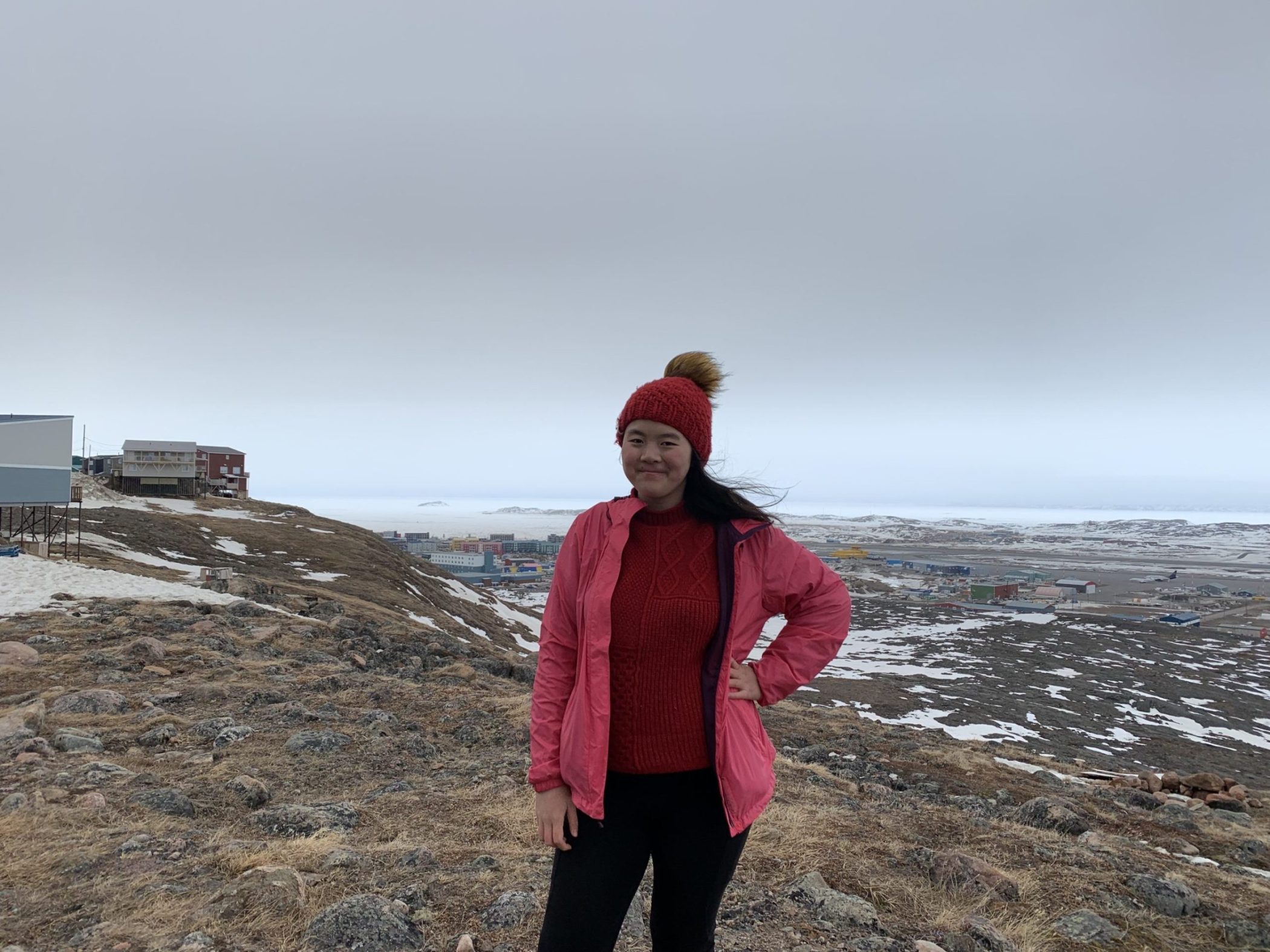 Katie Yu was one of 10 winners from around the world in a New York Times profile-writing competition. (Photo courtesy of Katie Yu)

Among the more than 1,400 teenagers and youths from around the world who competed to get their work published in the New York Times this year, it was Iqaluit’s Katie Yu who emerged as one of the 10 winners.

“It takes you a minute to process,” Yu said of the moment when she heard the news.

In January, she entered a writing contest organized by The Learning Center, an educational section of the New York Times.

Participants, who had to be between the ages of 11 to 19, submitted a question-and-answer profile of 700 words or less on someone they found fascinating.

Winners would get their work published in the Times, one of the world’s most revered newspapers with worldwide circulation.

Other contest winners covered a wide range of subjects: One interviewed a woman whose hometown in the Philippines was devastated by a typhoon; another spoke to an award-winning artist who had been told he had six months to live.

For Yu, the contest fit her interest in writing and journalism, which allows her to be a storyteller, she said.

“I like to have conversations on things that interest me, meet new people and learn about their experiences,” she said.

Yu met Shilton when Shilton made a presentation to a club at the high school. Wanting to know more about the work she does — and being passionate about climate justice and renewable energy herself — she chose Shilton for an interview subject, Yu said.

Her interview questions covered fundamental aspects of tackling climate change and what that might look like in Inuit communities, such as what a ‘just transition’ to renewable energy could mean for Nunavut.

“[The questions] stemmed from my curiosities and what I was interested in,” Yu said.

For her profile, published May 31 and titled Energy Empowers Her, Yu also included a few pop-culture questions, asking about Shilton’s thoughts on the environment-related movie, Don’t Look Up.

The film had heated up the discussion around climate change at the time of the interview in January, so Yu thought it was worth including.

But when it comes to challenges, having to stay within the 700-word limit was one of the larger ones Yu said she faced.

She had a lengthy transcript and had asked a lot of questions during the interview, but the word limit forced her to choose which questions and answers she would exclude from the piece.

“Definitely, a lot of readjusting and deciding what was most important,” Yu said.

Outside of writing contests, Yu is a part of the 13 young Canadians taking the federal government to court over the law not allowing Canadians under the age of 18 to vote.

In December, Yu said the voting age should be lowered because there are issues in the country that affect young Canadians in the short and long term, such as climate change, mental health and life after the pandemic.

With her work now in the New York Times, she said she will continue writing as it’s a skill that can be incorporated into anything she does.

As well as storytelling, it’s also a good medium of advocacy for her, she added.

“I definitely will keep it as part of the things I do.”

Yu’s winning entry can be found online at nytimes.com, then search ‘katie yu’.