Jennifer Lindell has owned a hair salon business for over a decade. Now she owns her building, too. 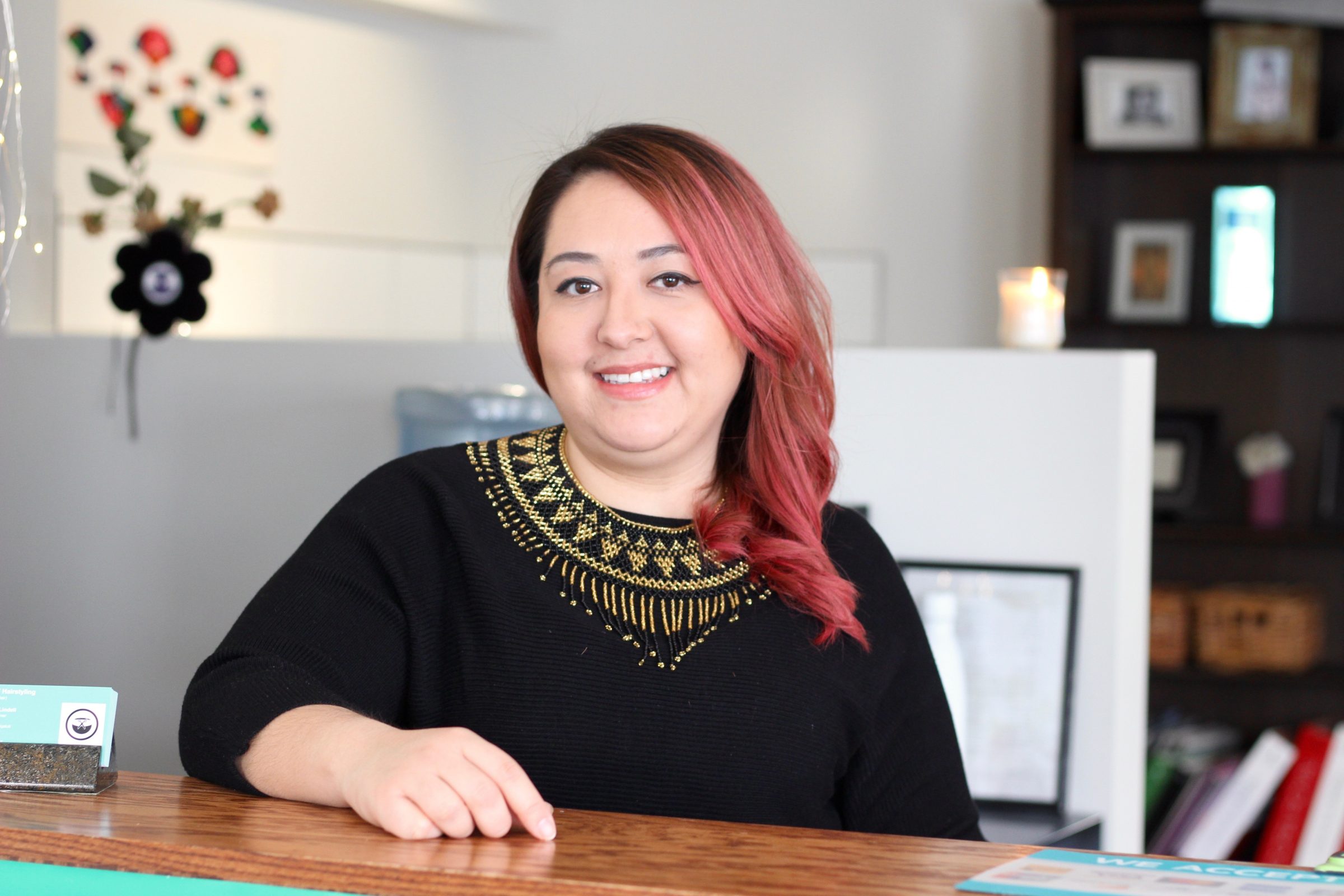 The long-time stylist has always been partial to the rounded knives used by Inuit women. That’s why her business logo for Jenn 87 Hairstyling mixes an ulu with scissors.

Now, there’s an ulu design built into the floor tiles of her recently renovated salon at building 727, in the city’s Lower Base neighbourhood.

Lindell has 15 years’ experience as a stylist and is 11 years into managing her own business, but this new building is the first shop she has owned.

“We were always in an older building that caused us troubles in the winter,” she said.

Those rented spaces usually didn’t have enough sinks and were sometimes on trucked water, so Lindell is excited to have two full hair-washing stations, four haircutting stations and two private rooms for waxing and nail work.

And she’s happy to be able to schedule appointments faster.

“We were always jam-packed busy,” she said. “A lot of people want to get their hair done locally.”

Built as a duplex attached to her (also new) family home, Lindell has made the space welcoming with personal and northern touches. But she’s also created a modern, professional workplace that makes her new shop the largest hair salon in Nunavut. 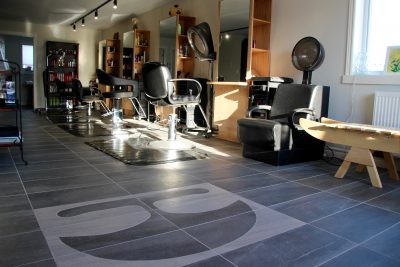 And Lindell’s salon is purpose-built to be expanded—maybe in five years, she said—into a full spa. Right now, a home salon lets her put in the time she needs to grow her business while she’s also raising a young family.

In Iqaluit, many specialty services like waxing, manicures and pedicures, and massage therapy, are spread out between various small and at-home businesses.

“If we can provide that in a one-stop shop, it would be a first for Nunavut. We know the market is there,” she said.

For now, besides cuts and colour, Jenn 87 Hairstyling offers waxing services and does piercings. An esthetician is starting to work there soon to do manicures, pedicures and eyelash extensions, and Lindell and an apprenticing stylist are gearing up to offer makeover services for bridal parties and proms.

You can stop by the shop to pick up salon-quality hair products, and custom earrings made by Lindell’s husband, K.V. Lindell.

Lindell opened her doors in mid-January. One month in, she’s thrilled at how well the space is working out. She’s got plans to have an official opening when her mother is in town to light the qulliq. 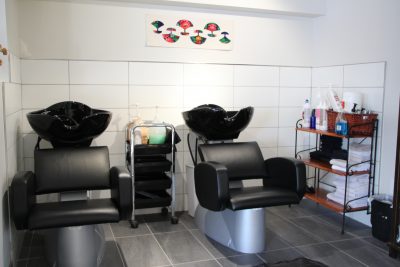 Owner Jennifer Lindell said she’s never run her decade-old business from a building with enough sinks, so she built plenty of sinks in her trendy new salon.

Jenn 87 hairstyling won an award in Yukon recently—the community champion of the year award for the Nunavut region at the Arctic Inspiration Award ceremony.

That’s after the small styling business garnered a lot of local attention in December when it offered free haircuts to people in need before the holidays.

There were plenty of good vibes that day in Iqaluit, Lindell said, when local businesses sent over food and drinks, and other stylists in town asked if they could bring their scissors over to help out.

For more long-term community development, Lindell said she is committed to training and hiring staff in Nunavut. Having gotten all of her own training in the territory through programs at the Arctic College, she is looking now to invest in Nunavut residents who are interested in becoming stylists.