Participants given opportunity to connect to mentors, build partnerships 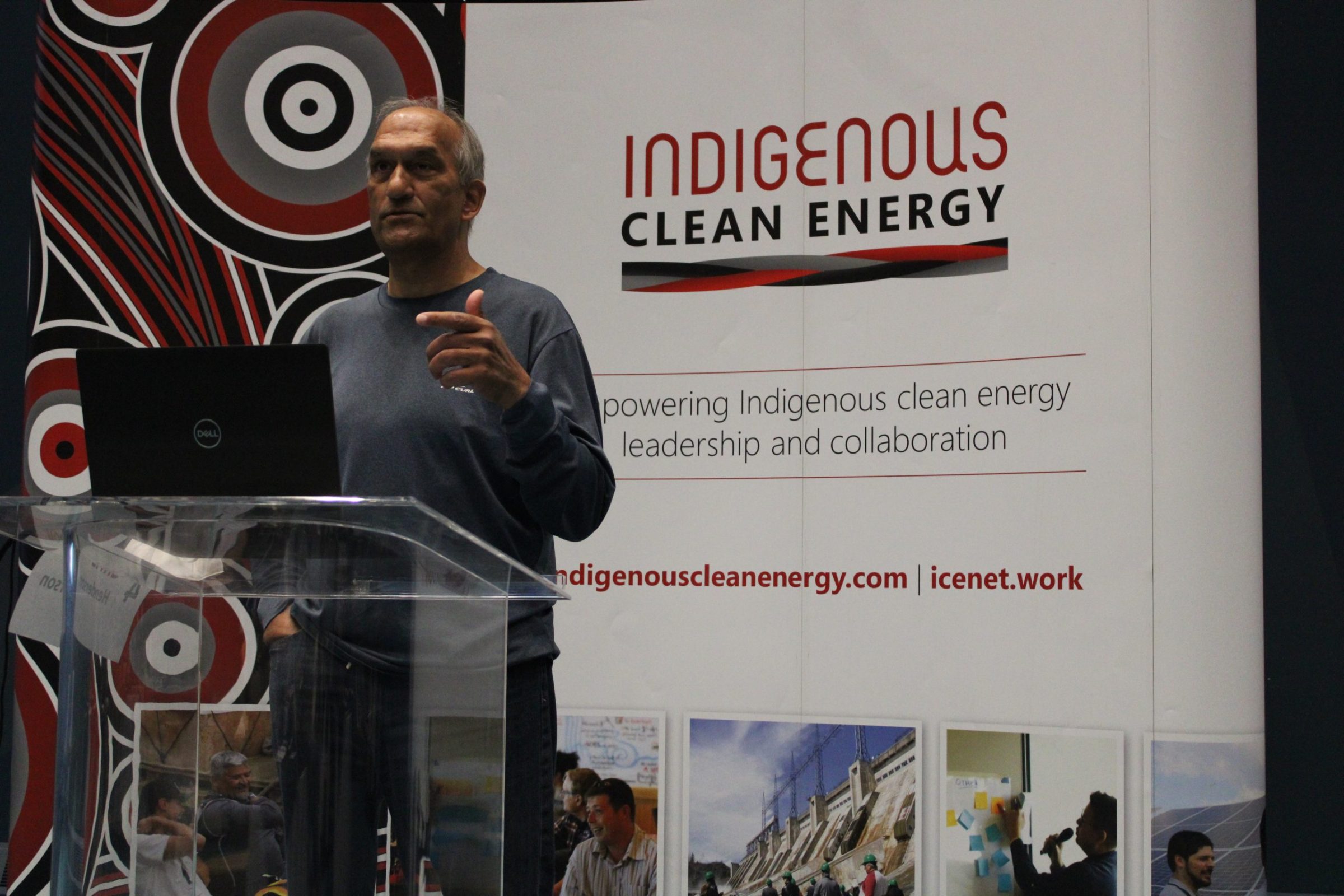 Chris Henderson, executive director of Indigenous Clean Energy, speaks to a crowd of about 35 participants at Aqsarniit hotel in Iqaluit Tuesday about hydropower in Indigenous communities. (Photo by David Venn)

Having Indigenous people and their communities take charge of their own energy development “decolonizes power, puts power in the hands of people” and is one step toward reconciliation, says the executive director of Indigenous Clean Energy.

That’s what the non-profit organization aims to accomplish through a year-long program, called 20/20 Catalysts Program, which connects Indigenous people to a network of mentors and coaching specialists involved in clean energy project development.

Thirty-five participants from Nunavut, Nunavik and elsewhere in Canada are gathered at the Aqsarniit hotel in Iqaluit until July 17 for the program. They are learning from industry professionals how to get permits for energy projects, build partnerships and audit energy system efficiency.

“As we move to a new future of energy that’s more decentralized, that has more community ownership … there’s an opportunity for clean energy to be part of the path of reconciliation.”

This is the organization’s fifth time running the flagship program, and the first time in Nunavut.

Henderson said Nunavut is “on the cusp” of a clean energy transition, and his organization’s goal is to help with that process.

ArchTech founder Alex Cook, who is working on a net-zero energy home in his hometown of Baker Lake, says the program is helping him understand how to build units more efficiently to bring down the cost of construction.

After the home is built, Cook and his team will measure its efficiency by conducting tests, such as seeing how much heat is escaping the unit and how much solar energy the building is retaining.

About 49 per cent of the energy used in Baker Lake goes toward heating homes, which makes solving issues related to housing costs and energy intertwined, Cook said.

To build a cheaper home requires conserving energy and having alternative energy sources.

“One thing that can’t be argued is that if you build more efficient homes, that’s less electrical draw, which means that you have more opportunity to grow your community,” he said.

Cook wants to make a blueprint for a house that other construction companies can use to build affordable housing, creating a model that can be replicated in other communities across the territory.

ArchTech is also using part of $1.6 million it received this spring from the federal government’s Indigenous Off-Diesel Initiative fund to build a new youth centre in Baker Lake.

Andy Pirti, the business manager for Tarquti Energy Inc., will also be attending throughout the week.

He said Tarquti, which is responsible for spearheading clean energy projects in Nunavik, is working on frameworks, plans, community consultations and feasibility studies on new hydroelectricity projects in the region.

The company is looking at communities that already have some capacity to handle new energy projects, such as Puvirnituq, Salluit or Kuujjuaq.

Pirti said the program is helping him learn the stages of development for energy projects, innovations and to stay up-to-date on the industry’s terminology.

“We need to, at a reasonable pace, try and start moving towards these projects,” he said.