“That’s a success, but it’s not a success that means that we’re completely safe” 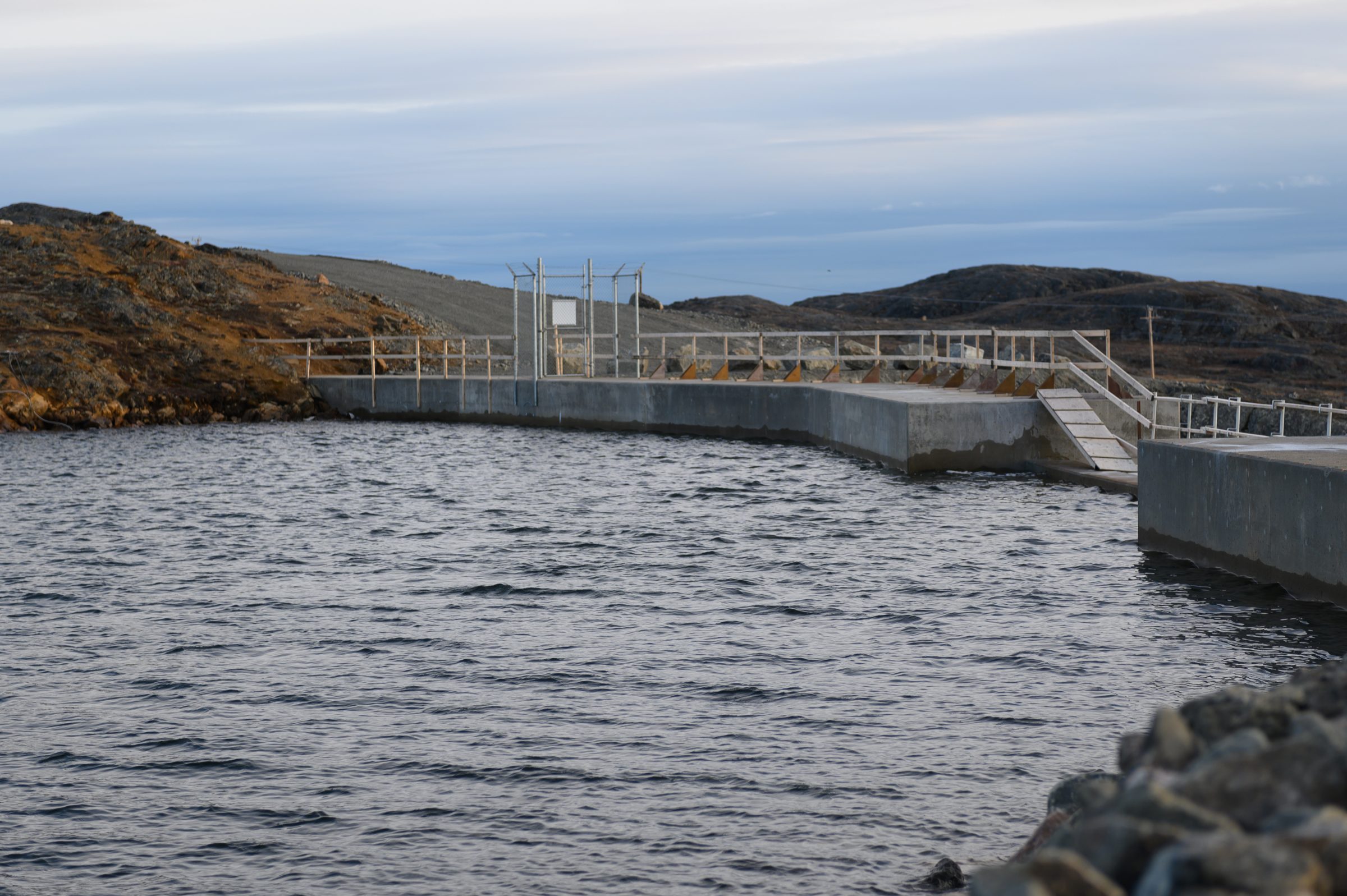 After weeks of emergency pumping, Iqaluit’s Lake Geraldine, pictured here on Oct. 5, is full. The pumping operation from Unnamed Lake has concluded, though the City of Iqaluit anticipates future pumping from Apex River in the spring. (Photo by Dustin Patar)

Iqaluit’s Lake Geraldine reservoir has been replenished in time for the winter.

“We are in good shape for the winter,” said Elgersma.

Over the 37 days of emergency pumping that began on Aug. 25, 453,823 cubic metres of water were pumped from the unnamed lake into the Apex River. That’s the rough equivalent of 181 Olympic-size swimming pools, which are twice as long as the pool in Iqaluit’s aquatic centre and four lanes wider.

From there, 556,107 cubic metres were pumped from the Apex River into Lake Geraldine.

But that doesn’t mean the city should get comfortable.

“We’re still at that level where a major water leak or some kind of water incident, or drought—like we had this year—could cause water issues,” said Coun. Romeyn Stevenson.

While the city’s ongoing water infrastructure repairs, combined with community-wide conservation, have helped with the shortage, incidents like major fires or droughts are hard to predict.

According to Elgersma, the city does plan to resume pumping from the Apex River to Lake Geraldine in the spring.

During the last two years, the city has had to apply for emergency water amendments, which have both occurred mid-summer, meaning that pumping hasn’t begun until sometime in August when the Apex River flow is also at its lowest.

In 2018 this didn’t cause an issue, but earlier this summer it did, when record low water levels at Lake Geraldine prompted emergency pumping from Unnamed Lake.

On Tuesday night, Elgersma also advised city council that an amendment to the city’s current water licence, which the city applied for in February, was approved by the Nunavut Water Board.

The amendment, which goes into effect on Apr. 1, permits the city to pump 500,000 cubic metres seasonally from the Apex River to Lake Geraldine until 2026, when the city’s current water licence expires.

This means that the city will no longer have to wait for an emergency amendment and pumping from Apex River could begin as early as May or June when river levels are at their seasonal high.

Even then, the city understands that pumping isn’t a permanent solution.

“I think it’s important that we don’t describe our water situation as solved,” said Coun. Stevenson.

“We’ve done exceedingly hard work at the city to make sure that the reservoir is filled now. It’s taken tough decisions and it’s taken moving money around in a significant way, and that’s a success, but it’s not a success that means that we’re completely safe.”

At the end of September, the city submitted a request for proposal (RFP) for a long-term water storage pre-feasibility study, an important step that should be done by the middle of next year.

“There’s quite a bit more work to be done to prepare a very detailed business case, but that pre-feasibility study will ensure that we have adequate information to apply for funds from the various levels of government,” said Elgersma.

According to Mayor Redfern, it’s also something Prime Minister Trudeau spoke of during his visit to Iqaluit earlier this week.

“One of the first things he said to me, was that he was very well aware of the city’s water issue and the need to continue to help us to solve that. So that’s very good news for the next mayor and council.”