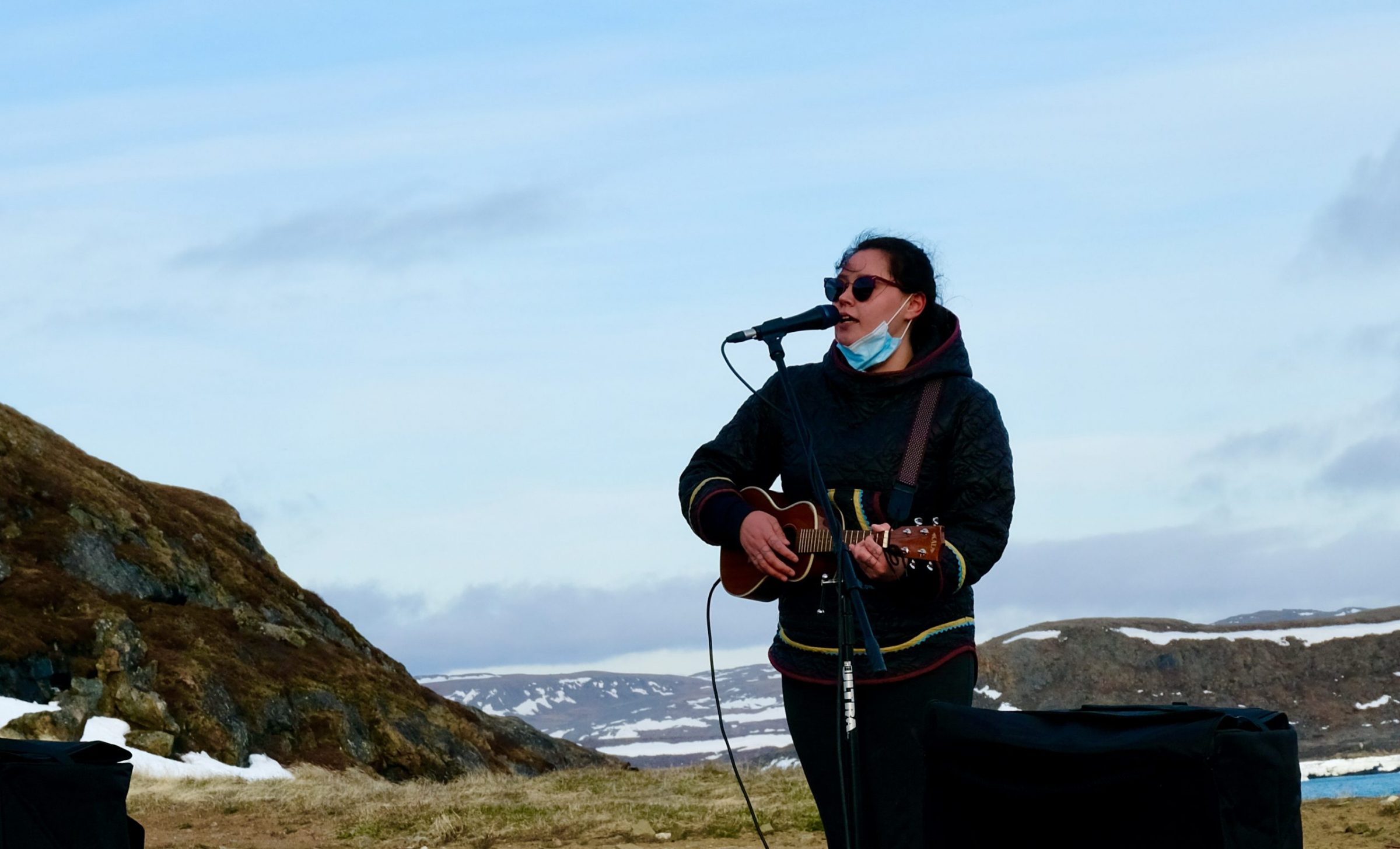 Iqalummiut bundled up in blankets, grabbed takeout and snacks, and rolled up to the Tarr Inlet trailhead on ATVs and in cars to take in some live music — which until Monday night, wasn’t a possibility amid the pandemic.

Headliner Aasiva and the opening act, Brenda Montana, serenaded the crowd with their original songs and ukuleles, despite the windy weather and public health restrictions that kept spectators inside their vehicles. 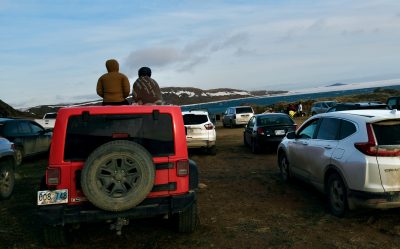 Iqalummiut bundled up and enjoyed live music for the first time in months to celebrate National Indigenous Peoples Day. (Photo by Mélanie Ritchot)

Instead of typical applause, motorists honked their horns and people sitting on the roofs of their vehicles clapped their hands.

The event organized by the Alianait Arts Festival was in celebration of National Indigenous Peoples Day and accommodated around 80 vehicles, according to organizer Alannah Johnston.

“It’s a song for people who attended residential schools and also for people who have traumatic experiences,” she said. “And knowing that there will always be somebody there for you, and one day we’ll all come together as one.” 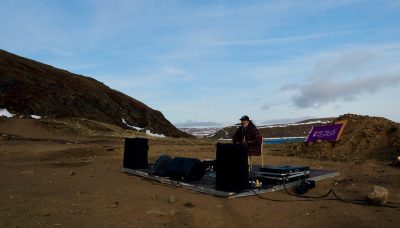 “It was pretty windy, but I think it sounded pretty good,” she said. “I was pretty proud of myself.”

Montana writes all her own songs and incorporates traditional throat singing and Inuktitut lyrics.

She said her mother helps her translate lyrics into Inuktitut as she is still learning, but writing songs is a good way for her to practise the language.

A new album can be expected from Montana next year, she said.

This was the first drive-in concert to be organized in Iqaluit, but performing in front of vehicles instead of a crowd of people wasn’t new to Montana, who performed at a drive-in concert in her home community of Rankin Inlet last summer.

She was also part of the lineup at the inaugural Qaggiq 2021 festival this past winter in Iqaluit.

“It was pretty awesome,” she said. “I was the only one who got to perform inside the qaggiq — or giant iglu — before it started melting.”

Aasiva, the headlining act, also performed at Qaggiq 2021 in the winter.

After singing her first song with her mask on at the concert, she told the crowd, with a laugh, it had been so long since she’d performed live she forgot to take it off.

Keeping in tradition with her in-person shows, Aasiva got concert-goers to sing along with one of her songs, all from their vehicles.

She also has a new album dropping on Nunavut Day, July 9.