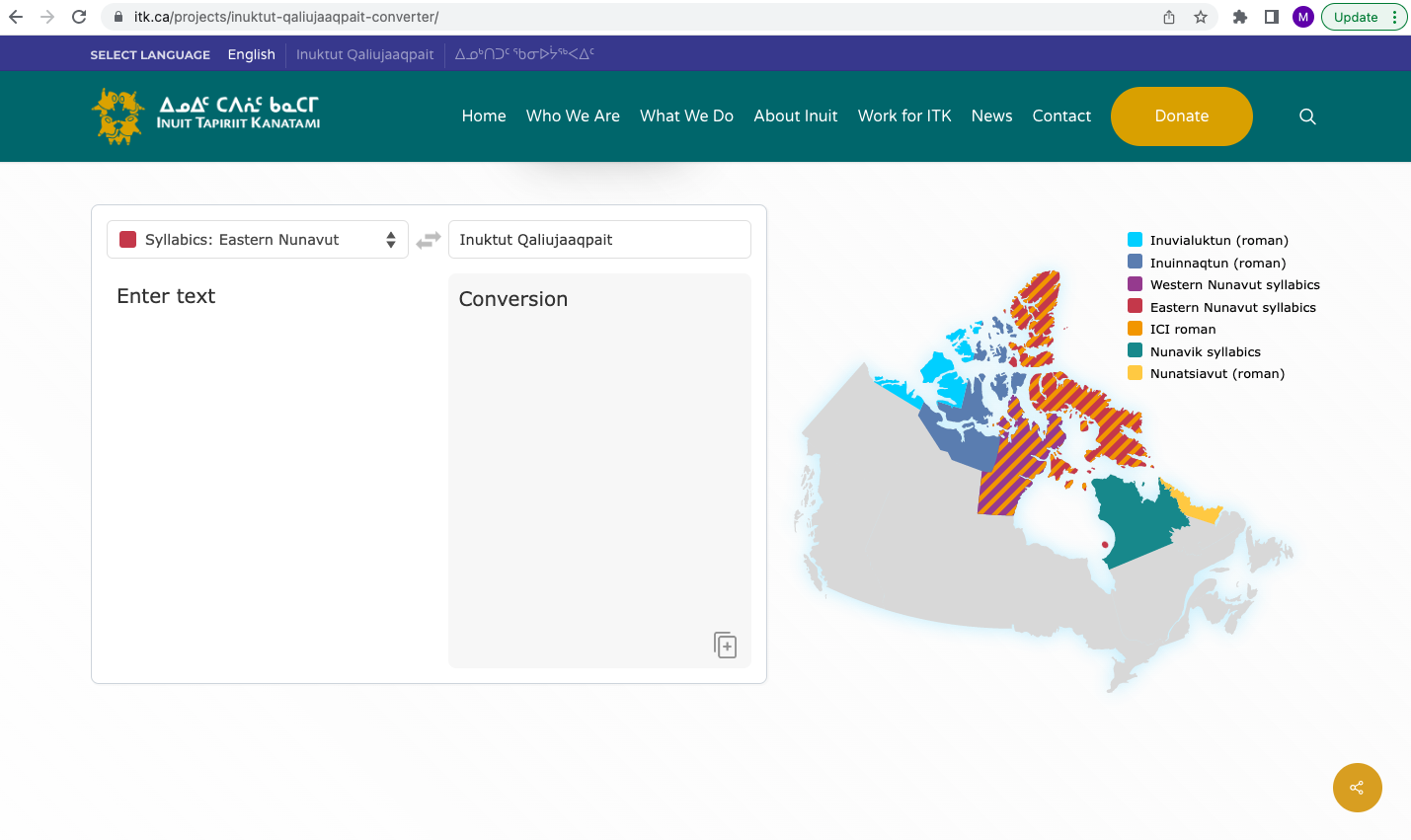 The national Inuit organization launched its Inuktut Qaliujaaqpait Converter tool on its website on Oct. 19.

Inuktut Qaliujaaqpait is a unified writing system for all regions and dialects of Inuktut including Inuinnaqtun and Inuvialuktun. It uses Roman orthography — the same alphabet used to write in English — rather than syllabics. 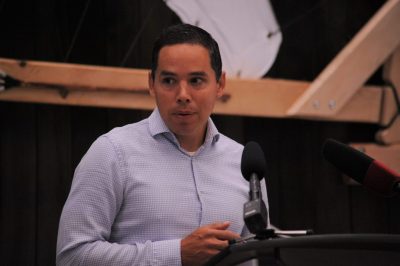 ITK president Natan Obed said the idea for a unified writing system and converter tool goes back to its 2011 National Education Strategy, a focal point of which was the concern about being able to teach students in Inuktut. (Photo by David Venn)

ITK’s digital tool converts regional orthographic text typed or copied and pasted in these dialects by users into Inuktut Qaliujaaqpait, or the other way around.

The organization’s president Natan Obed said the idea for this goes back to its 2011 National Education Strategy.

“The inability to [teach students in Inuktut] often corresponded with a lack of resources, or lack of ability to access different key components of an education system in Inuktut,” he said.

“I know that educators have always imagined that this particular unified system would allow for national [learning] products to be disseminated widely and to be read universally.”

The converter changes text between different writing systems to help with readability. It does not translate words or meanings between dialects.

The words and their pronunciation still reflect the dialect the text was originally written in.

“All throughout this project, we’ve said again and again that we’re not trying to replace dialects or written dialects,” Obed said. “We are trying to create a positive national space where this particular writing system can be used by all Inuit.”

ITK’s language resource co-ordinator Conor Cook said the converter tool isn’t able to convert whole documents or maintain the original formatting of text, which is possible in tools supported by the Government of Nunavut such as the Microsoft Translator app. But the organization is looking to develop such processes within the Inuktut Qaliujaaqpait Converter.

“This is a starting point for what we’re what we’re hoping to do with tools to support the unified writing system,” Cook said.

“We are hoping that it will become more and more widely used, that there will be more and more material being shared between different regions in Inuktut and more people just using it.”