Judge to sign off on Agnico Eagle acquisition of TMAC Resources Inc. 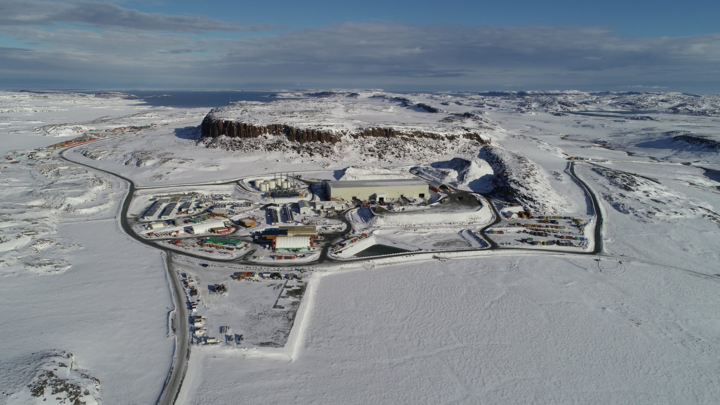 Agnico Eagle is closing in on its acquisition of TMAC after a judge agreed to sign off on the proposed amendments to their final deal. (Photo courtesy of TMAC)

Agnico Eagle Mines Ltd. is one step closer to acquiring TMAC Resources Inc. after an Ontario Superior Court judge agreed to sign off on amendments to an original contract that had Shandong Gold Mining Co. as the buyer.

The amendments also increase the price of the sale by a 26 per cent premium on Shandong’s original offer of $1.75 per share.

TMAC operates the Hope Bay gold property in western Nunavut. The company offered itself up for sale early last year.

Lara Jackson was TMAC’s legal counsel during the hearing, which was held over Zoom on Wednesday, Jan. 20.

“Agnico Eagle is best positioned to develop and operate the Hope Bay mine and it’s likely the only company that could complete this transaction in the time frame that’s required,” she said.

No one opposed the deal during the court proceeding.

By Agnico Eagle and TMAC using the same offer, they were able to bypass shareholder meetings to approve the transaction, thus quickening the deal, Jackson said.

“[The shareholders] all have notice that something like this could happen,” said Matthew Milne-Smith, legal counsel to Agnico Eagle.

TMAC announced a deal for Shandong, a Chinese-state owned company, to acquire it on May 8. The following month, 97 per cent of shareholders agreed to the acquisition.

On Dec. 23, one day after news broke that the TMAC-Shandong deal was rejected by the federal government over national security issues, Agnico Eagle proposed a non-binding deal in which it would acquire TMAC under the same terms as Shandong, said Jackson during proceedings.

She said that overall, advisers concluded that the deal was positive and that it would “address TMAC’s balance sheet challenges.” The company has outstanding debt of approximately US$117 million and an additional US$17 million in approximate fees and interest.

The deal was finalized between the two firms on Jan. 4 and has been approved under the federal Competition Act.

With the final order being signed on Wednesday, Jackson said the deal would be on track for completion before Feb. 8.