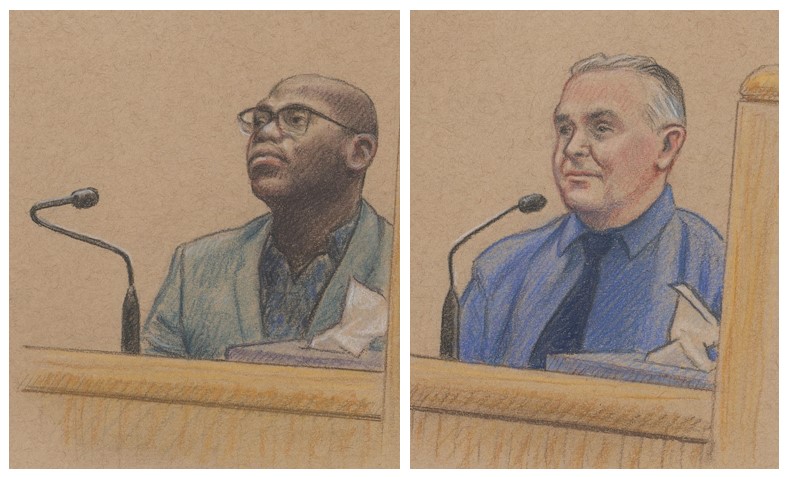 The first-degree murder trial of Tyler Hikoalok began its third week Monday with further testimony from a youth counsellor and a school co-ordinator who saw Hikoalok the day he allegedly killed Elisabeth Salm in Ottawa.

Hikoalok, 22, of Cambridge Bay was arrested May 27, 2018, and charged with first-degree murder in the death of Salm, 59, a volunteer librarian at the Christian Science Reading Room at 141 Laurier Ave. in Ottawa.

Hikoalok has pleaded not guilty at the trial being held in Ottawa.

Ashley Potter was program coordinator at the Debbie Campbell Learning Academy where Hikoalok was a student in 2018. The academy, at 440 Albert St., a few blocks south of Parliament Hill, is an alternate school for students who are unable to attend a regular school.

Potter testified that on May 24, 2018 he was helping prepare lunch in the kitchen around 11:50 a.m. and that Hikoalok came in to help him chop vegetables.

He did not observe any injuries on Hikoalok or notice any difference in his demeanor, Potter said.

Hikoalok was attending the school with financial support from Nunavut while he lived at Mary Homes, a group home for youth in Ottawa.

Because Hikoalok turned 18 on Jan. 31, while the school year was underway, he wasn’t immediately discharged from the school, Potter said.

However, he echoed earlier testimony from teacher Tracey Ludmer and youth counsellor Ron Destiné who said earlier in the trial that after Hikoalok turned 18, his attendance at the school became sporadic.

Potter said Hikoalok would not tell him where he was staying after he left Mary Homes, only that he was “staying with a friend.”

In April 2018, Hikoalok attended four days and in May he was present for eight days, according to attendance records shown in court.

About “five or six times” during the period when Hikoalok was a student between 2015-2018, Potter said he observed Hikoloak showing signs of being under the influence of alcohol or drugs or appearing hungover.

Destiné, who also chatted briefly for a few minutes with Hikoalok on May 24, continued his testimony under cross-examination Monday.