Teacher, counsellor recall having lunch with Hikoalok after alleged attack 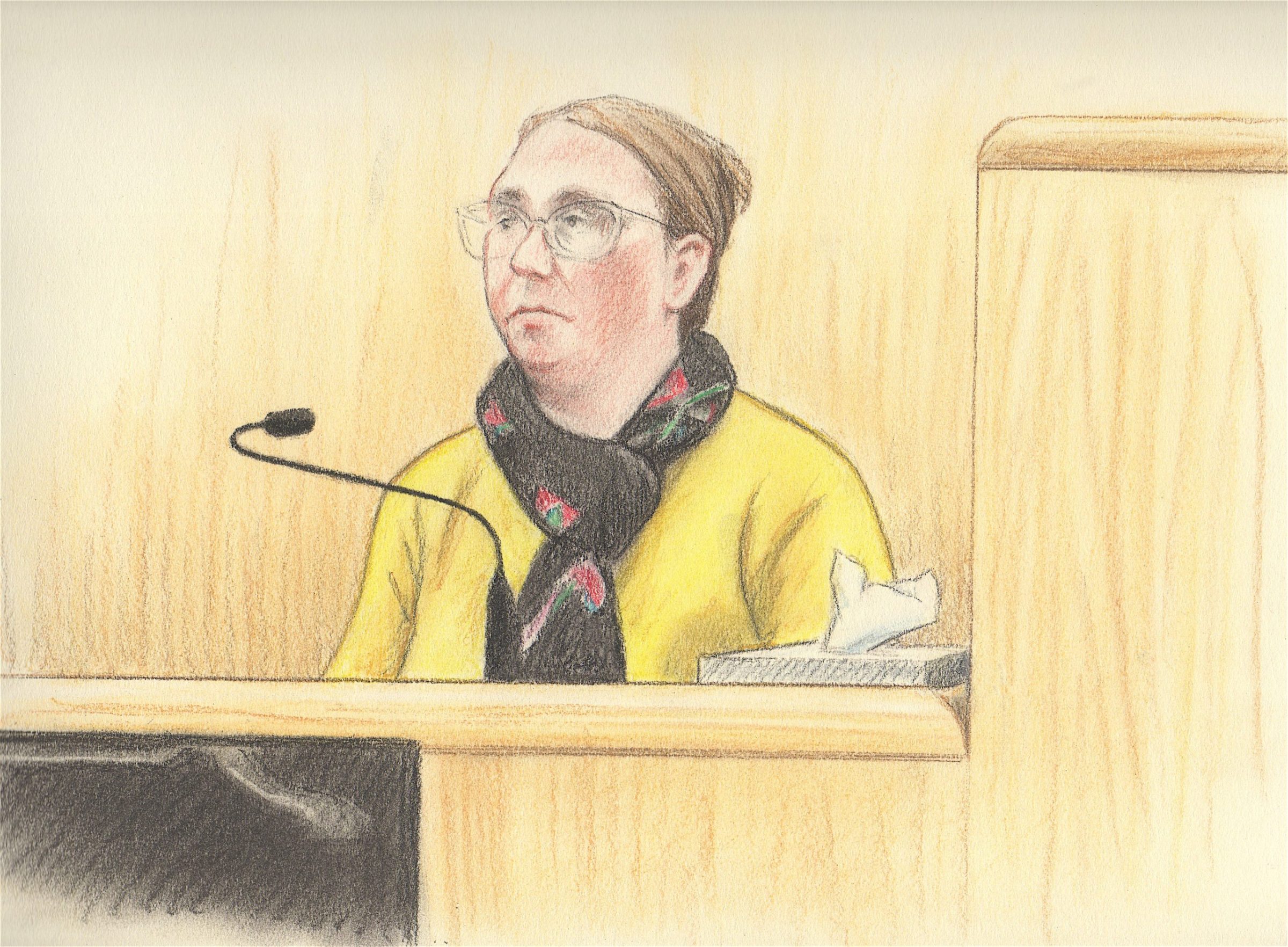 Teacher Tracy Ludmer sits in the witness box at the trial of Tyler Hikoalok in Ottawa on Thursday. Hikoalok, who was a student at the school Ludmer taught at in 2018, faces a first-degree murder charge in the death of Elisabeth Salm that same year. (Courtroom sketch by Lauren Foster-MacLeod)

A teacher and a counsellor who saw Tyler Hikoalok less than an hour after he allegedly killed Elisabeth Salm in 2018 both testified Thursday they did not notice anything unusual about his behaviour that day.

Hikoalok, a 22-year-old Cambridge Bay man, has pleaded not guilty to first-degree murder in the death of Salm, 59.

On May 24, 2018, she was found badly beaten inside the Christian Science Reading Room on Laurier Avenue West in Ottawa, where she was a volunteer librarian. She died the next day.

Hikoalok’s trial, which started Sept. 12, heard Thursday that in 2015 he became a student at the Debbie Campbell Learning Academy in Ottawa.

The alternate school for students from grades 7 to 12 who are unable to attend a regular school placement is in the basement of 440 Albert St., just over a kilometre from the reading room.

His teacher, Tracey Ludmer, testified that Hikoalok was a funny and friendly student who was observant and would joke around with his peers.

“The other students really looked up to him as a senior student,” Ludmer said. 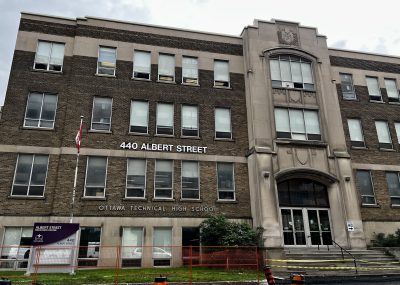 Tyler Hikoalok was a student at the Debbie Campbell Learning Academy in Ottawa from 2015 to 2018. Pictured here is the building that houses the school at 440 Albert St. in downtown Ottawa. (Photo by Madalyn Howitt)

He didn’t love academics but with some encouragement, he would get his schoolwork done, Ludmer said, adding his attendance was consistent.

Youth counsellor Ron Destiné said he met Hikoalok in 2016 and that the two of them would often chat about Hikoalok’s interest in music and how he was producing music with a hip-hop group.

After Hikoalok turned 18 years old at the end of January 2018, however, Ludmer said his attendance became sporadic. He would come by the school once or twice a week for lunch but did not regularly attend classes.

Hikoalok did visit the school on May 22 and again May 23 when Ludmer told him that the next day they would be having calzones for lunch. She said Hikoalok told her he would visit then, too.

On May 24, Ludmer said, she arrived at school around 11 a.m. and found Hikoalok sitting at her desk in the classroom. He greeted her by “giving the middle finger,” something he often did as a running joke with her, she said.

The students ate in the dining room and Hikoalok seemed to be acting like his usual self, Ludmer said.

Destiné testified that after lunch, he chatted with Hikoalok who mentioned that he had worked on new music the night before.

“He was happy about that,” Destiné said.

Neither Ludmer nor Destiné noticed any signs of Hikoalok being intoxicated that day, although both recalled in their testimonies seeing Hikoalok under the influence of alcohol and marijuana a few times previously while he was a student.

In those instances, they said, he would be more withdrawn and quiet than usual.

Ludmer said that in the week before the events of May 24, she suspected Hikoalok had used drugs or alcohol after she saw his eyes were droopy and he looked tired.

On May 27, Hikoalok was charged with first-degree murder in the killing of Salm.

Earlier this week, officers testified that upon his arrest Hikoalok told them, “I didn’t know I had killed anyone.”