The project, started by the Kativik Regional Government in late July, is the first of its kind in Nunavik 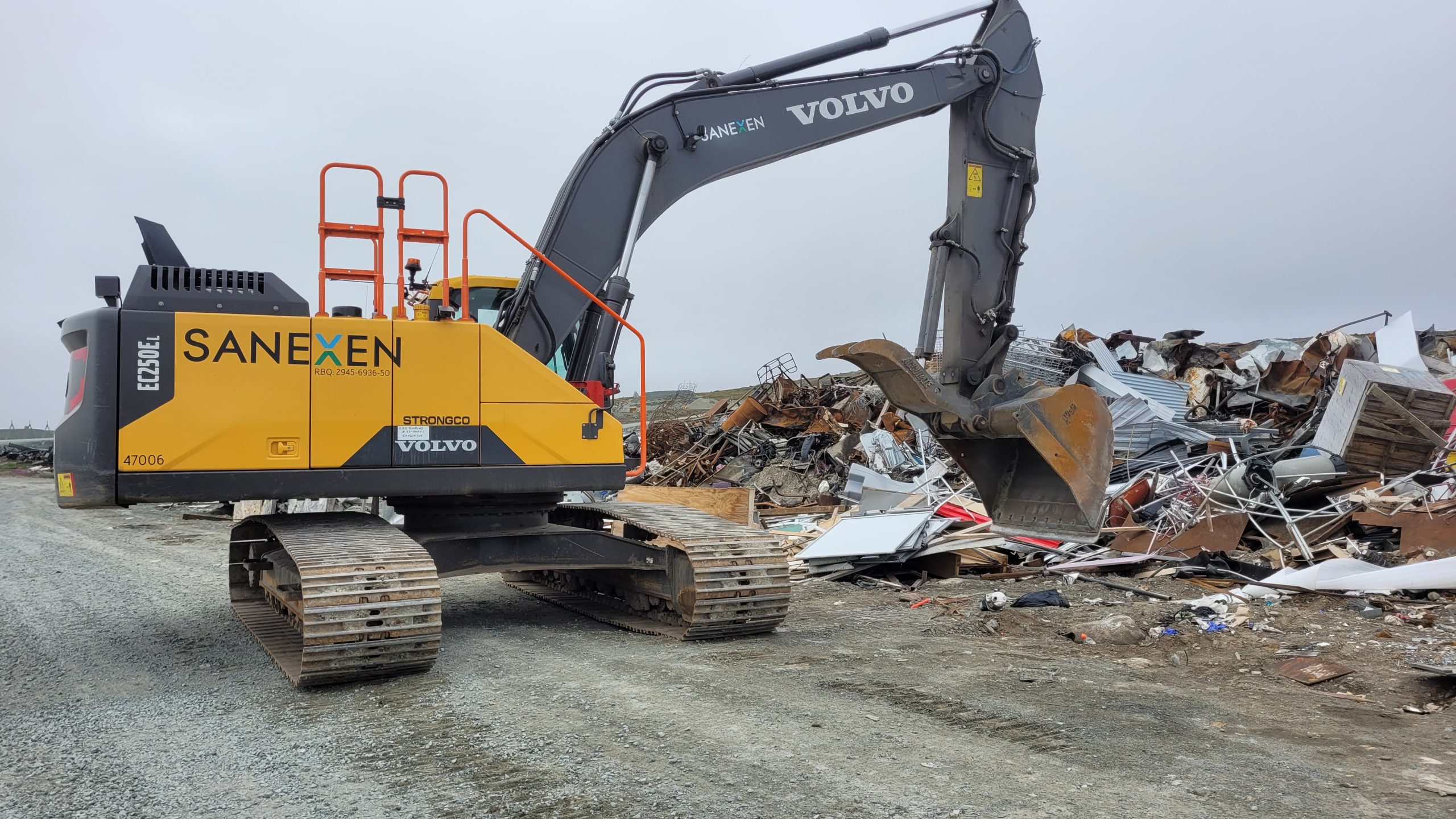 The Kativik Regional Government is making a move towards recycling through a new project based in Kangirsuk.

It’s unclear how much money the contract is worth. Nunatsiaq News has reached out to representatives from the Kativik Regional Government and Sanexen for that information, but did not a receive an answer in time for publication. 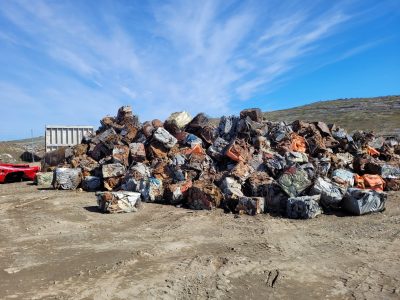 Nunavik produces 12,000 tonnes of residual waste annually. Between three and 10 per cent of the waste comes from metals. (Photo courtesy of Ahmed Kouki)

The plan is to take metal waste from the the village’s dump, compact it on site, and ship it south to an authorized recycling facility. Metal waste includes end-of-life vehicles, construction, renovation and demolition work, household appliances and metal drums and tanks.

The first of its kind in Nunavik, the regional government launched the project in late July.

Ahmed Kouki, an environmental specialist and project manager for the initiative, said the idea for a metal recycling project was part of the regional government’s waste management plan as well as Nunavik’s residual materials management plan.

The KRG has received over $4.8 million from the Government of Quebec to launch metal recycling initiatives in a few communities, with the one in Kangirsuk being the first.

Kouki said results from the pilot project will help “solve unknowns” when it comes to recycling in Nunavik.

“We don’t have enough data about the quantity of metals in the landfill — and also operation and the working time required to carry out this project,” he said. 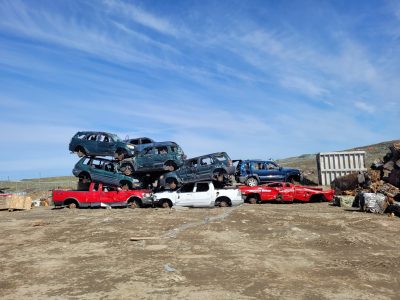 Metal waste from end-of-life vehicles, construction, renovation and demolition work, household appliances and metal drums and tanks are to be sent to a recycling facility in the south. (Photo courtesy of Ahmed Kouki)

Kouki also said the project has three local employees in the community, and others who provide support on the ground, such as separating the metals and preparing them for recycling.

The region produces 12,000 tonnes of waste annually, according to Nunavik’s residual materials management plan. Between three and 10 per cent of the waste comes from metals.

Almost all of the waste ends up in local landfills, where it is either burned or stored.

Kouki said the next step for the project is to secure additional funding that will help sustain the initiative in Kangirsuk beyond the next two years and also help expand it to other communities.

“We need to have financial aid from the government,” he said.

“That’s what this project will give us — real numbers about how to continue a project in the future, and how much we need to ask from the government to do it.”