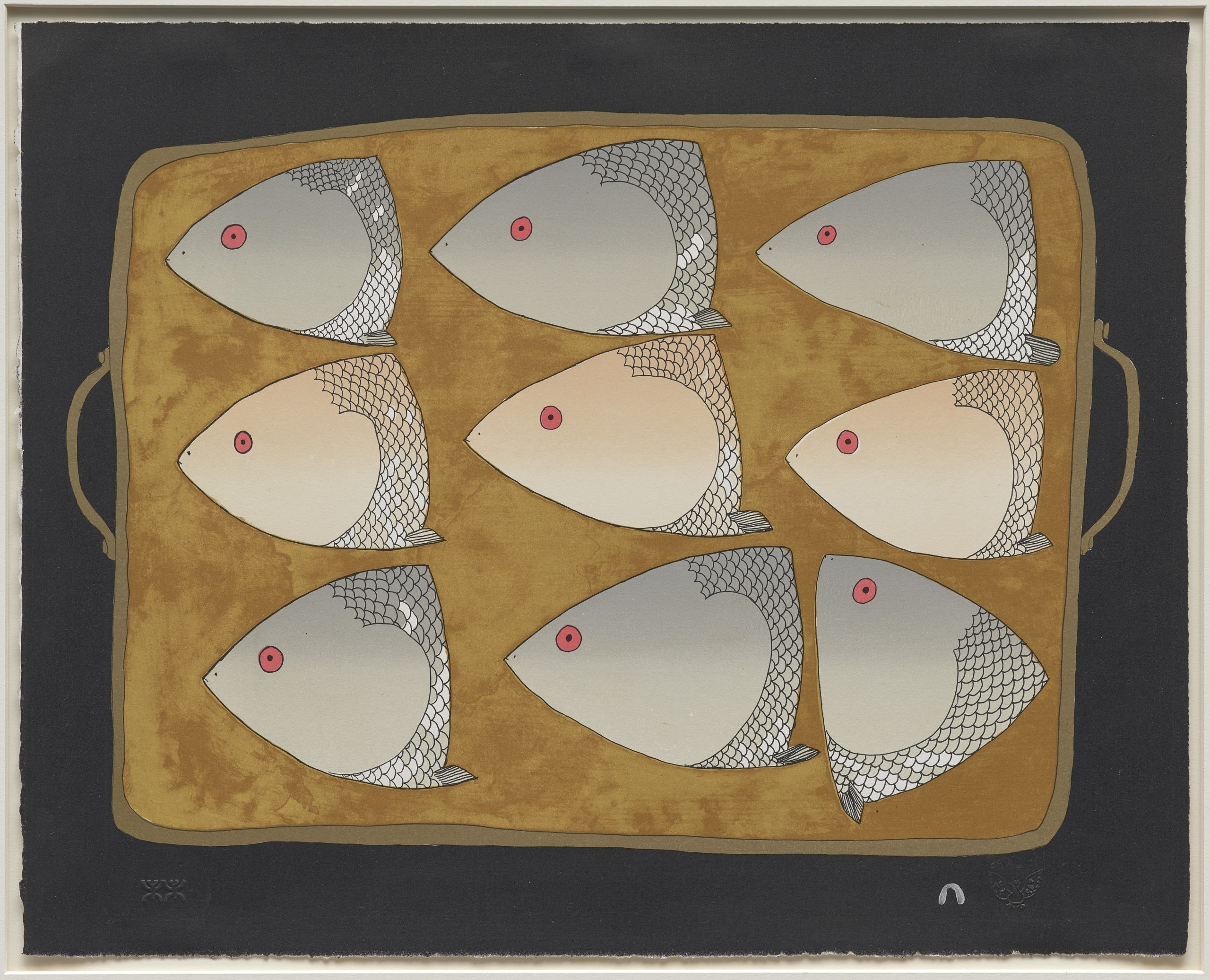 Ningiukulu Teevee’s Arctic Appetizer, created in 2009, is a colour lithograph on paper. (Image courtesy of Art Gallery of Ontario) 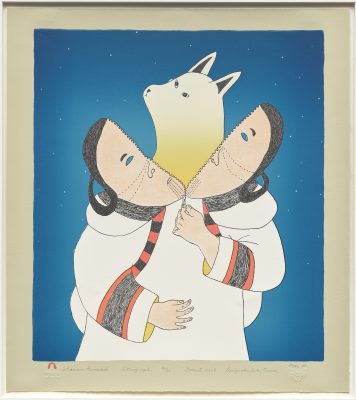 Ningiukulu Teevee’s Shaman Revealed is a colour lithograph created in 2007 on paper. (Image courtesy of Art Gallery of Ontario)

A polar bear looks across a fast-running river at a man she is chasing. The bear asks the man how he got to the other side.

“The man was a shaman, and he used one of his fingers to cut across the tundra and a river formed,” says Ningiukulu Teevee, describing one of the pieces she’s most excited for visitors to Toronto’s Art Gallery of Ontario to see.

“He tricked her by telling [her] that he drank the water. The polar bear started drinking until she burst. And the sila [weather] changed to fog.”

The Polar Bear is just one of several pieces by the Kinngait-based graphic artist that are featured in Ningiukulu Teevee: Chronicles of the Curious, a new exhibit at the AGO.

The exhibit includes Teevee’s work from the gallery’s existing collection as well as a private collection. It was curated by Wanda Nanibush, the gallery’s curator of Indigenous art, and includes designs of animals and birds, sharing “with wit and wonderment, Inuit lore and contemporary life in the Arctic,” according to the AGO website.

Taqralik Partridge, the AGO’s associate curator for Indigenous art with a focus on Inuit art, also helped curate and install the exhibit. She said the aim of Chronicles of the Curious is to recognize artists like Teevee who “stand out on their own, and they can stand out in any crowd.”

“For me, the work that is really good is one that raises a lot of questions. It doesn’t offer all the answers, but it raises questions and it gets people thinking,” Partridge told Nunatsiaq News. 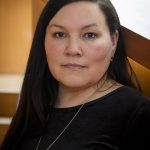 Taqralik Partridge, AGO associate curator for Indigenous Art with a focus on Inuit art.  (Photo courtesy of Tunirrusiangit Curatorial Team)

“I think that so many of Teevee’s works are like that — there’s work in there that grabs you as you see it.”

Teevee said most of her work is inspired by stories she heard as a student in elementary school, many by celebrated carver Mialia Jaw, who passed away in 2006.

Some pieces also depict everyday life in Nunavut, she said.

Teevee’s hopes for the exhibit are that those visiting are able “to be proud of every corner of Canada, to be a proud Canadian.”

“To know that art from Kinngait [is] reaching other parts of Canada and other parts of the world gives a sense of pride,” she said. “It is an honour to be part of a story, a small part of history.”