“The project has received very positive responses from the federal government” 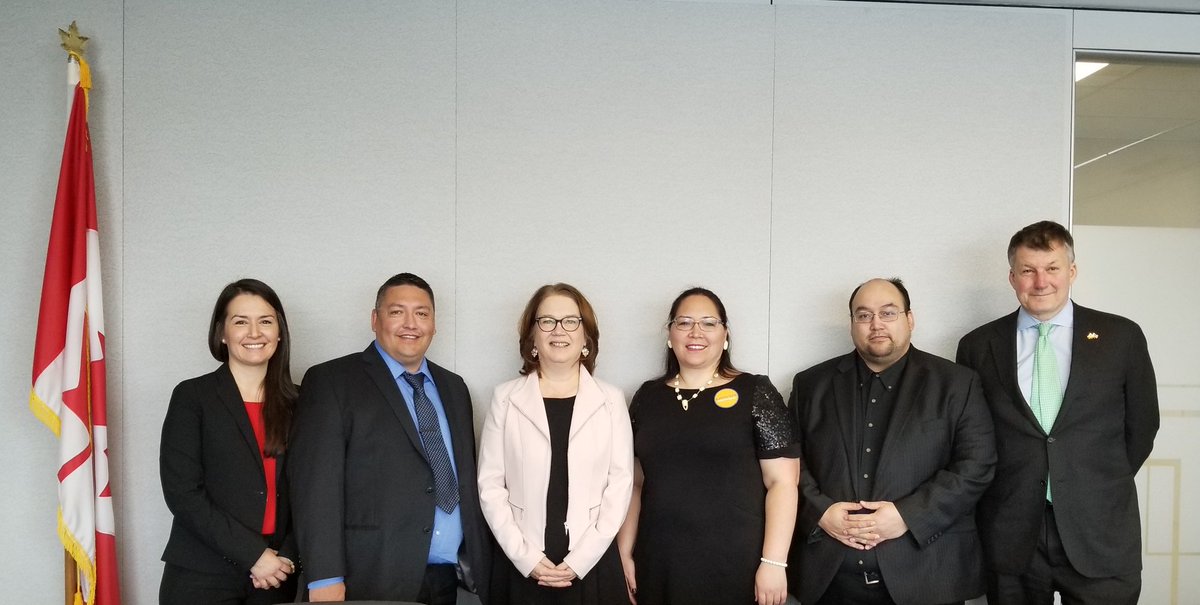 Kivalliq Inuit Association president David Ningeongan, second from left, meets with Treasury Board President Jane Philpott and other federal and territorial leaders in Ottawa on Feb. 4 to promote the Kivalliq Hydro Fibre link, which would connect five Nunavut communities to Manitoba’s network. (Photo courtesy of KIA) 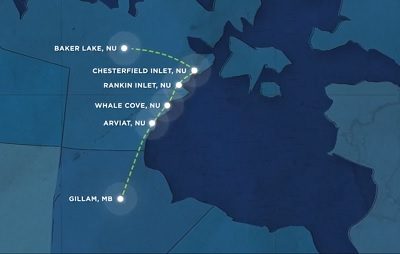 The Kivalliq Inuit Association is pressing forward with its plans to bring renewable energy and broadband to the region.

The KIA led a delegation of Inuit leaders to Ottawa earlier this week to promote the now-estimated $1.2-billion plan and look for the federal government’s support.

Nunavut’s leaders have for years lobbied to extend Manitoba’s existing power grid north to communities along western Hudson Bay—the most recent feasibility study was completed in 2016.

“The project has received very positive responses from the federal government and KIA is continuing to work with them towards exploring the development opportunity,” the KIA said in an emailed statement.

“The project offers a once in a generation opportunity for renewable energy and reduces emissions as well as the ability to further integrate renewables.”

The Inuit organization has little else to say about any plans for the project; currently the KIA and Anbaric are renewing studies from past initiatives.

They have pegged the cost of the hydro and fibre link at an estimated $1.2 billion, up from the estimated $904 million a feasibility study found it would cost to bring the hydro link alone.

But the KIA says the proposed project would translate into $40 million in annual savings from diesel costs and lower the Qulliq Energy Corp.’s energy supply costs by half.

The switch from diesel to hydro in those five Kivalliq communities and two mine sites could eliminate 380,000 metric tonnes of greenhouse gas emissions each year.