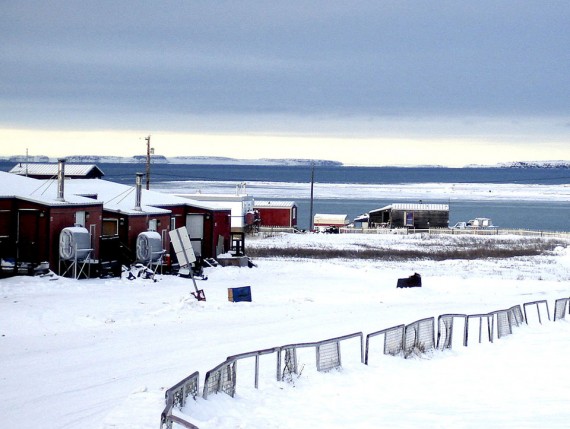 Austin Maniyogena, 22, died in 2018 from head injuries after jumping from a bylaw officer’s truck, a jury learned Tuesday. A coroner’s inquest is being held in Kugluktuk to consider ways to prevent similar deaths while in police custody. (File photo)

The jury in an inquest into the death of Austin Maniyogena learned Tuesday that the young man died from head injuries caused by a fall.

Maniyogena died Sept. 19, 2018 in Yellowknife, N.W.T. after being transported by air ambulance from Kugluktuk. The 22-year-old was in RCMP custody at the time, having been arrested for impaired driving and held in a sobering cell for hours before being transported to a health centre.

In addition to an injury at the back of his head, Maniyogena had bleeding in the cranial cavity, indicating that “his brain itself was damaged,” Dr. Balachandra said.

He determined Maniyogena died from head injuries consistent with a fall.

Fiset, then the local RCMP detachment commander, was called in to assist bylaw officer Matthew MacDonald, who had apprehended Maniyogena for allegedly driving an all-terrain vehicle while intoxicated.

When he arrived, Fiset said, he saw Maniyogena lying on the ground.

On Monday, the jury heard testimony from resident Andrea Koudloak who said she also saw Maniyogena jump from the truck.

Fiset said he noticed a small cut above Maniyogena’s left eye, but otherwise he was responsive, turning his head to look at the officer when Fiset shook his shoulders.

The jury was shown a video of Fiset and MacDonald bringing Maniyogena to the RCMP detachment, carrying him by his arms and placing him in a cell in the recovery position, on his stomach with his head turned to the side.

Fiset said he then called the health centre to ask if someone could examine the cut on Maniyogena’s face.

“When he sobers up, bring him in,” Fiset said the health-care worker told him.

Yet after a few hours in the sobering cell, Maniyogena’s breathing had become “raspy” and the cut above his eye had swelled, Fiset said.

He said he became concerned that Maniyogena had not appeared to “sober up” at all and decided to bring him to the health centre.

It was there that he was placed on life support and transported to Yellowknife. He was accompanied on the air ambulance by his mother, Jennifer Maniyogena.

Fiset testified that the events surrounding Maniyogena’s death have affected the way he treats prisoners with injuries.

“Now I take them straight to the health centre if they’re not feeling well,” he said.

However, when asked if anything could have been done sooner to treat Maniyogena’s injuries, Dr. Balachandra testified that his head trauma was already too severe.

“Even if immediate neurological intervention had been available, it would not have saved his life,” Balachandra said.

The inquest will adjourn Wednesday and resume Thursday with additional witness testimonies, including other experts in head injuries.

The jury will then be tasked with offering recommendations to help prevent similar deaths from happening in the future.

The inquest is being presided over by Nunavut chief coroner Khen Sagadraca.

Inquests are mandatory for deaths that occur while a person is in police custody, according to Nunavut’s Coroners Act.

They do not determine the guilt or innocence of anyone involved in the incident, but allow a jury to consider details that led to the death and offer recommendations to prevent future deaths in similar circumstances.