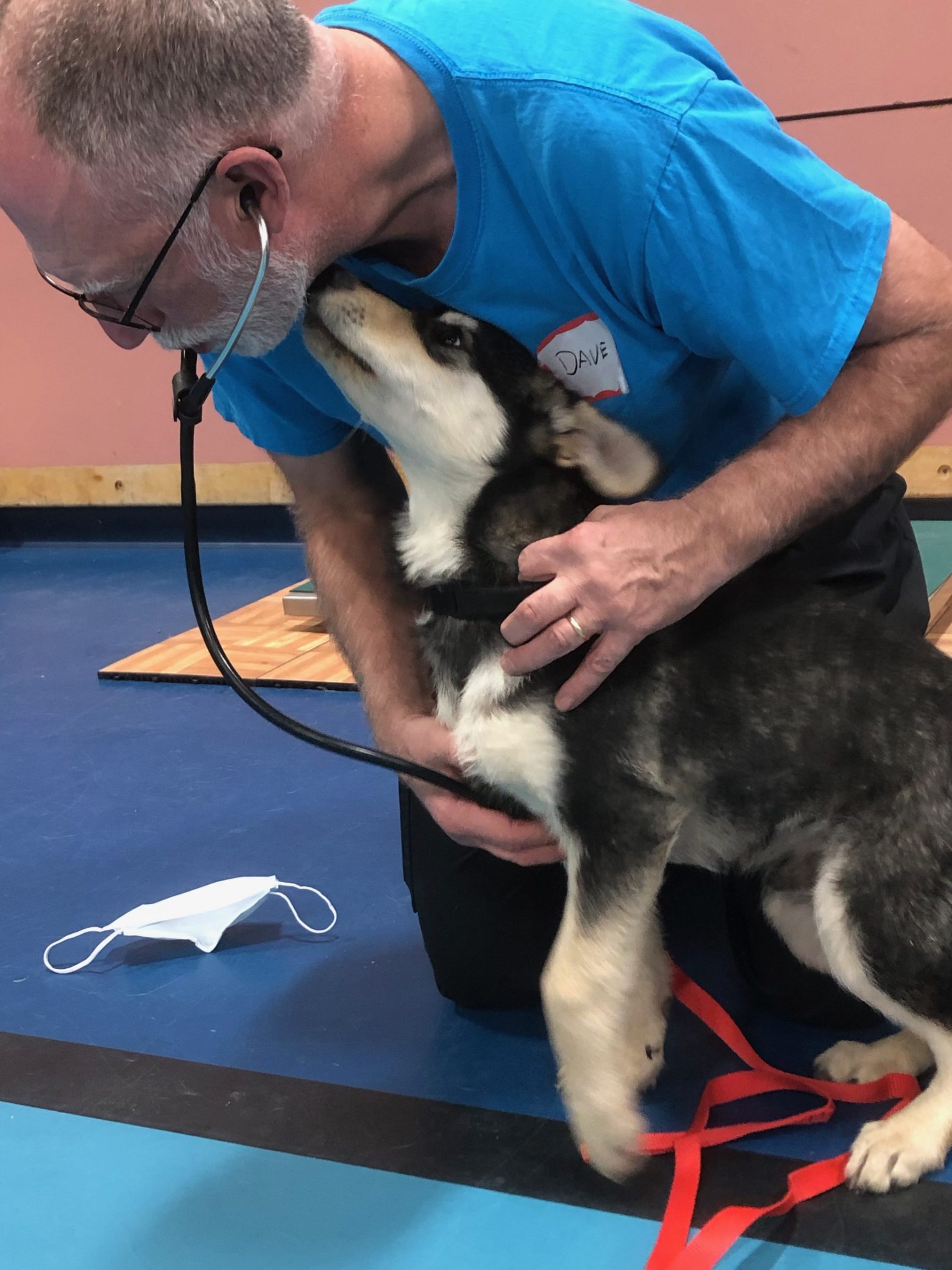 Dr. David Kerr, a veterinarian with the Canadian Animal Assistance Team, performs a check-up on a young dog in Kuujjuaq. (Photo courtesy of Chris Robinson)

Kuujjuaq is getting a new animal clinic, but needs a veterinarian to work there

Following a three-day visit from a pop-up veterinary clinic earlier this month, a Kuujjuaq councillor says the community is once again looking to hire a full-time veterinarian.

The pop-up, run by the Canadian Animal Assistance Team was well-received, said Coun. Allen Gordon, who helped organize the visit. He described the operation as a “mass production.”

Kuujjuaq, like other Nunavik communities, has a large dog population, but lacks veterinary service. A new permanent clinic is currently under construction, but recently, the community’s only veterinarian left the job. 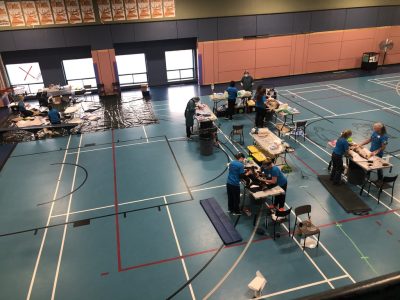 The Canadian Animal Assistance Team turned the Kuujjuaq Forum gym into a pop-up veterinary hospital from Oct. 22 to 24. (Photo courtesy of Chris Robinson)

When dogs are not spayed or neutered, and they have the opportunity to roam free, they can reproduce. Stray dogs may form packs, and when they aren’t sterilized, they can become aggressive to people and other dogs.

Gordon said dog overpopulation is safety concern not only in his own community, but across the North.

“There have been fatal incidents with children, both in Nunavut and Nunavik, over the years,” Gordon said.

Kuujjuaq’s new clinic is set to open next year. It will have the same regular services as an animal hospital in the south, Gordon said. But right now, no veterinarian has stepped up work there.

“Hopefully, again, there will be somebody willing to work up here, but at the moment, the job is open,” Gordon said.

“We were very fortunate that [the Canadian Animal Assistance Team] came here, and we don’t know when they will be available to come back here because they have a long list of villages that are on their list.”

The pop-up clinic ran from Oct. 22 to 24 in the Kuujjuaq Forum gym.

Over the course of their stay, the team of veterinarians, technicians and assistance saw 82 patients – mostly dogs but a few cats as well. The team performed 53 surgeries, most of which were spays for female dogs.

“A dog can have 18 to 20 puppies in a year, so when you spay a female, that’s 18 to 20 dogs that are potentially not going to be born to add to the population,” she said.