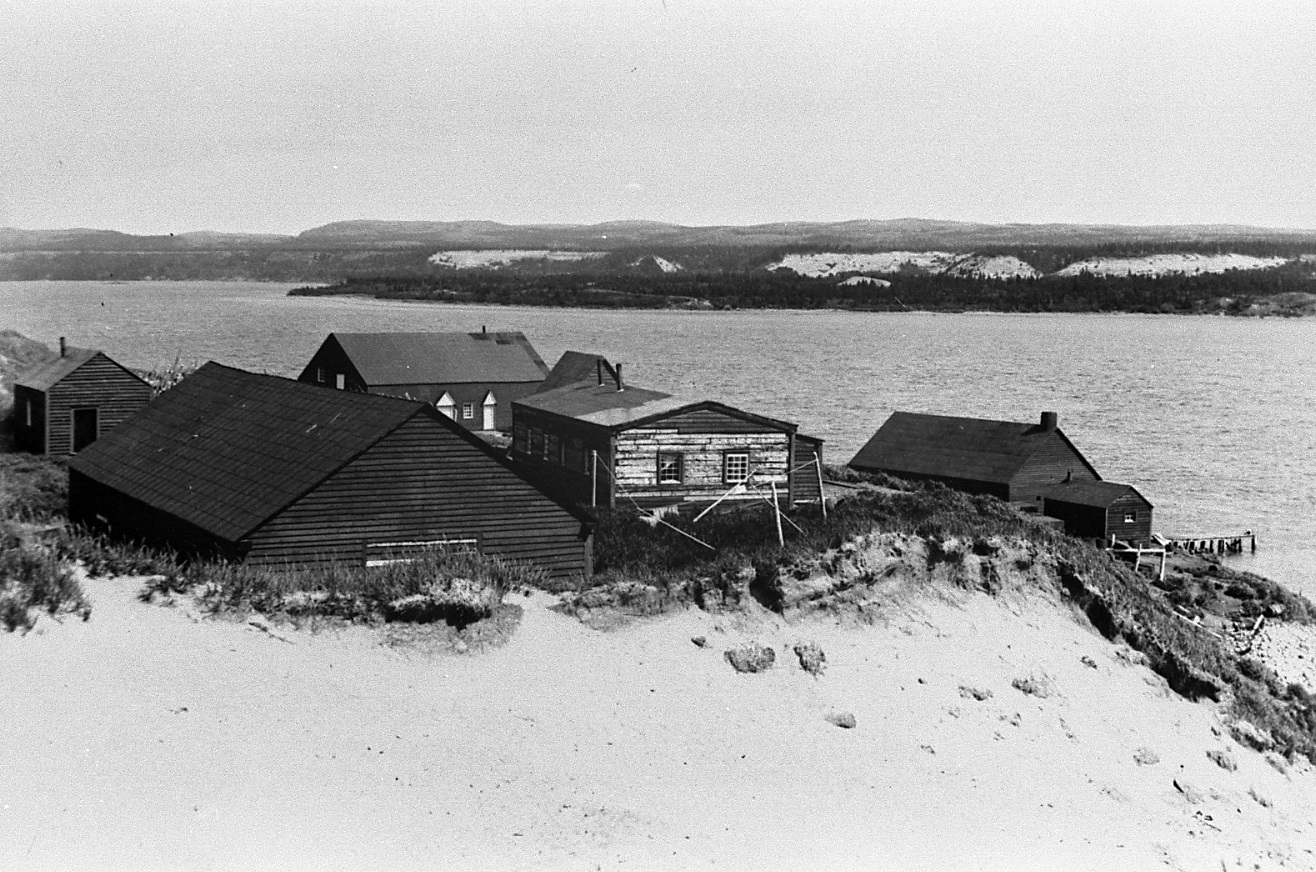 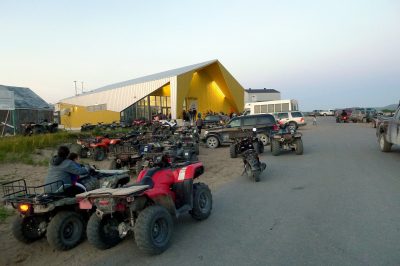 Residents park along the front of the Kattitavik cultural centre in Kuujjuaraapik, close to the site of the original Hudson Bay trading post. (Photo courtesy of Blouin Orzes architects)

The Northern Village of Kuujjuaraapik was about to construct a parking lot next to its cultural centre this spring when a resident made a surprising find — a six-inch harpoon head.

“[It had] some ivory and a metal head,” said Kuujjuaraapik Mayor Anthony Ittoshat. “He brought it to my office because it was a particularly interesting find.”

The harpoon was discovered after a wind storm — known to kick up the dust and sand dunes for which Kuujjuaraapik is famous.

The municipality called in archeologists from Nunavik’s Avataq Cultural Institute to have a look at the site before the municipality went ahead with any work.

Her team discovered other tools: ceramic pipe pieces and forged nails — the kinds of items that the Hudson’s Bay Company would have sold 100 years ago.

The harpoon head, made of metal and tusk, was most likely used for beluga hunting, she said.

“The site corresponds to the Great Whale trading post, which first opened in the early 1800s, and through until the 1940s,” Cencig said.

“That site is documented in archives, but no one has ever recorded it.”

The Hudson’s Bay Company established one of its first trading posts in the region in the Richmond Gulf area in the early 1800s, roughly 100 kilometres north of Kuujjuaraapik. The HBC then moved that post to the current-day Kuujjuaraapik town site in 1878, which was then an established whaling station.

The municipality is already working with Avataq to restore Kuujjuaraapik’s historical Anglican church, a boarded-up building known simply as “the old church.” The community plans to turn it into an interpretation centre, Ittoshat said.

“We’re just going to extract all the things we can [from the site] and try and preserve them,” he said.

“Our goal is to move those artifacts to the interpretation centre, once it opens.”

The Hudson’s Bay Company played a role in the colonization of the region, Ittoshat said, and though that legacy isn’t always a positive one, he said it’s important for the community to be able to document its own past.

“It reignited our thirst for history, our desire to know where we came from,” he said. “And it reminded us that we were a whaling community.” 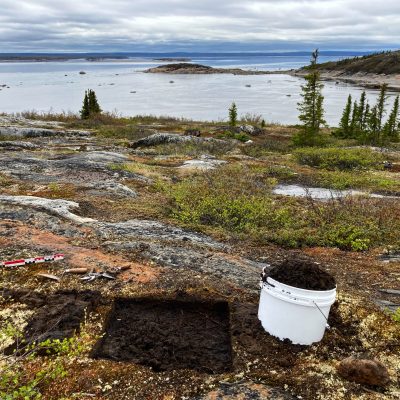 Archeological test pits at the Isuarsivik site in Kuujjuaq, excavated in June. (Photo by Elsa Cencig/Avataq)

One was along the road to Innavik, the hydroelectric project currently under construction in Inukjuak.

Archeologists documented a few sites in the area, including a small Tuniit or Dorset camp, where they found tent rings, microblades, soapstone vessel fragments and end-scrapers.

Another project was in Kuujjuaq, on the site where the new Isuarsivik treatment centre will be constructed.

Evidence of historical occupation in that area came to light much the same way it did in Kuujjuaraapik —a resident discovered micro tools while walking through the site.

Allen Gordon, the executive director of the Nunavik Tourism Association, first flagged the area to Avataq in 2016 after a friend found a bunch of stone flakes in a spot previously used for picnics.

“We located about 11 concentrations of artifacts or finding spots,” said Avataq’s Cencig. “It’s an Archaic site, which is very interesting. It’s a very large timeline; its occupation is estimated between 5,000-3,500 BC, according to the elevation and the artifacts that we found.”

Documented Archaic sites in Quebec are mostly concentrated around the James Bay region, and farther south along the St. Lawrence River, but not very common to Nunavik, Cencig said. There have been some sites found northeast of Kuujjuaq, closer to Aupaluk. 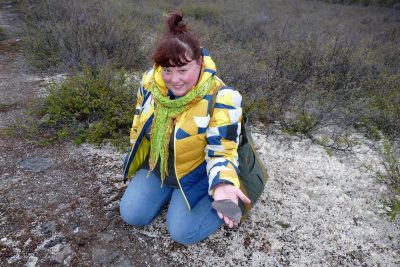 In these cases, archeologists aren’t sure which peoples occupied the sites, Cencig said, but they would have been nomadic groups who lived part of the year in tents and used stone tools, similar to pre-Dorset peoples.

“We can’t say much about them — we don’t have much data,” she said.

The items found at the Isuarsivik site will be preserved and eventually put on display in the new treatment centre, which is slated to open in 2022.

Cencig said this summer’s preventive digs were all requested and led by the communities, which are the projects she enjoys the most.

Gordon said the sprawling expansion of communities like Kuujjuaq has prompted a need for local governments to check on sites before they go ahead with building new roadways, housing or gravel pits.

“I’m absolutely happy that it’s being done,” he said. “Otherwise, it’s gone forever. It really opens up the mind to the past occupation of that area.”