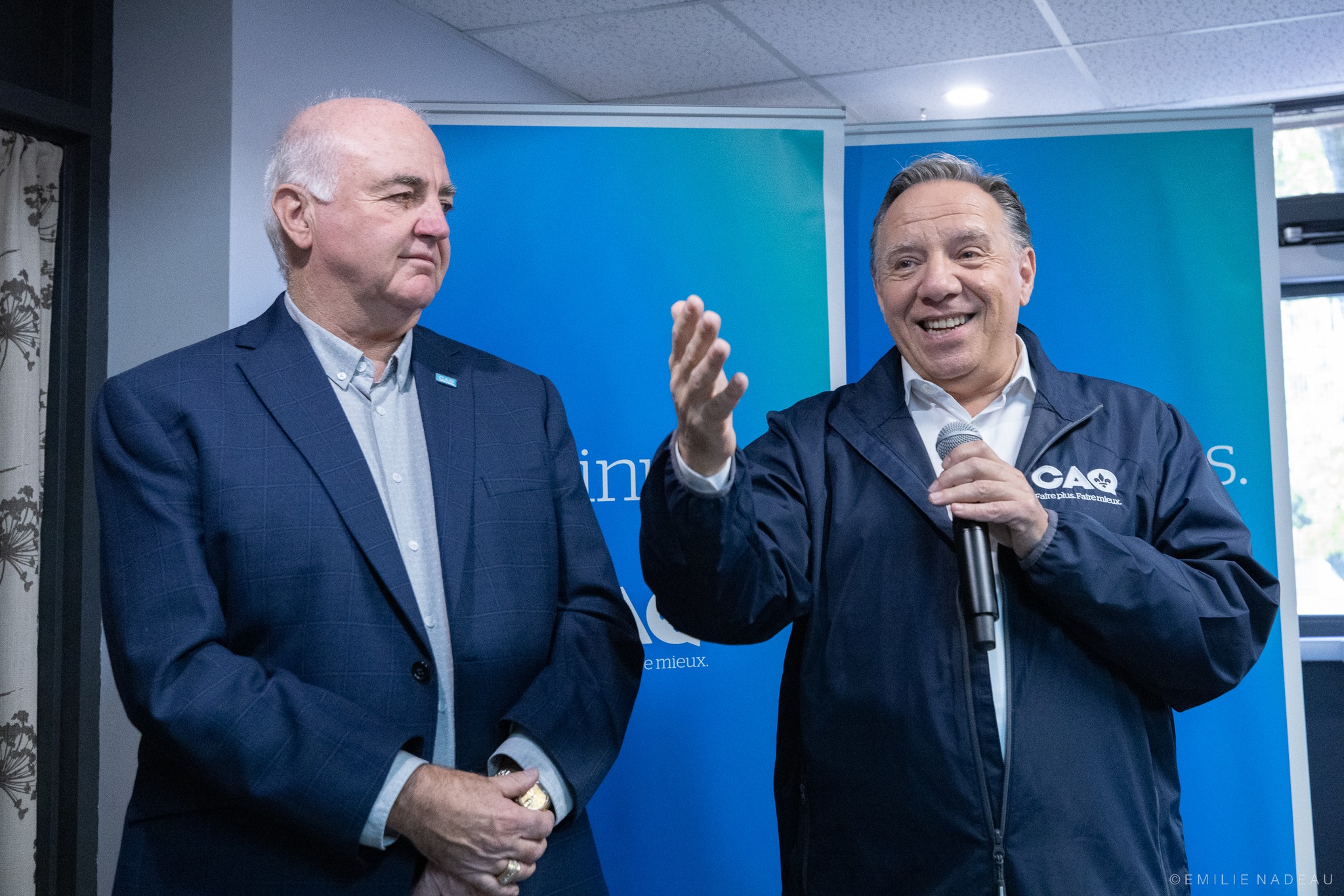 “For me, it’s official when it’s official,” Lamothe said in a phone interview at around 11 p.m. “It’s not over until it’s over.”

Fifteen minutes later — and with a thousand-plus vote lead over his nearest competitor, Maïtée Labrecque-Saganash of Québec solidaire — victory was clear, if still unofficial.

Lamothe’s campaign spokesperson Catherine Gibeau said they were declaring a win and calling it a night.

In winning a second term, Lamothe was part of a CAQ tide that swept across Quebec in Monday’s provincial election.

Results were still incomplete and unofficial, but as of 11:30 p.m. the party had won or was leading in 89 ridings, which would be a gain of 13 seats over what the government held at the time the election was called.

The Quebec Liberal party was a distant second, winning or leading in 23 ridings. Quebec solidaire had 10 and the Parti Quebecois had three.

In Ungava, of the 111 polling stations 104 were reporting results at the time of the Lamothe victory declaration, according to Elections Quebec.

Quebec Liberal Party candidate and former Kuujjuaq mayor Tunu Napartuk was listed in third place, followed by Christine Moore of Parti Québécois in fourth and Nancy Lalancette of the Conservative Party of Quebec in fifth.

“I’m confident with the advance that I have right now that I will win, but it’s just a question of principle,” Lamothe said of his hesitancy to declare victory.

At this point, Lamothe’s margin of victory appears to be far more clear-cut than the one he had in 2018 when he was first elected.

That year, he won by just 46 votes, in an election so close it required a recount.

With Monday’s showing, Lamothe’s party, led by Premier François Legault, will form another majority government and hold office until 2026.

During his campaign, Lamothe — a former police officer in Nunavik — touted his party’s successes in regional development in Nunavik.

Part-way through the campaign, he stepped aside to spend time with his ailing mother, Lise Paquin, who died two weeks before the election.

In the short phone interview Monday, Lamothe didn’t express any sentiment of celebration; just that he had cracked open a beer and was calling it a night.

He expressed his respect for the other four candidates, and gratitude that he was able to be with his mother in her final days.

“I’m proud of what I did because I did it for her,” he said. “I’ll never forget the last weeks that I spent with her.”