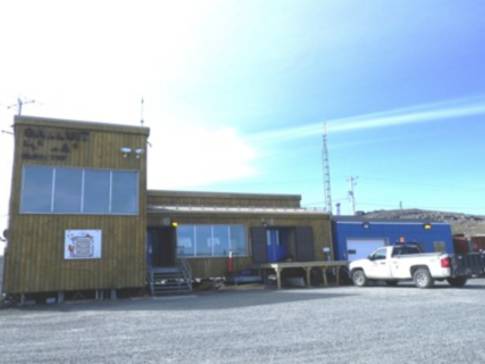 A construction worker who arrived in Nunavik last weekend infected with COVID-19 has now left the region, but the incident has raised concerns over protocols for workers visiting the region.

Five contractors arrived in Salluit on July 10 to work on construction projects for Kativik Ilisarniliriniq, the regional school board.

The workers reportedly took COVID-19 tests before boarding a flight north, one of which was confirmed positive. The infected worker was intercepted at the Salluit airport upon his arrival and put into isolation.

Nunatsiaq News has not confirmed test results for the remaining four workers, but all five people were flown out of the region on July 14 and 15, the Northern Village said this week.

“We are currently investigating the matter to confirm facts and will take the appropriate measures,” Kativik Ilisarniliriniq Director General Harriet Keleutak said in a statement emailed to Nunatsiaq News.

“Our priority is to protect Nunavimmiut by ensuring that the school board, its employees and its contractors follow the applicable health protocols and guidelines.”

The Nunavik Regional Emergency Preparedness Advisory Committee (N-REPAC) re-opened the construction sector in the region on July 6, putting in place requirements for out-of-region contractors to ensure their employees are quarantined and tested.

Contractors are asked to read and sign a protocol for their employees coming to work in Nunavik.

But that protocol, prepared by the Nunavik Regional Board of Health and Social Services, shows that workers are not actually required to complete their 14-day quarantine before they arrive in the region.

“Workers coming to Nunavik should preferably undergo a pre-departure quarantine,” the protocol states. “When this is not possible, the quarantine period will need to be done in the North.”

“Workers may perform their duties while quarantined, in which case maximum measures are implemented to reduce the risk of transmission,” it states. “They must remain in quarantine outside of their work hours. The mandatory quarantine period is 14 days, but it may be split up between quarantine time in the South and in the North.”

In the case of the work crew in Salluit, the Northern Village determined the infected worker travelled directly from one job site in southern Quebec to Nunavik.

But the NV said it’s unclear how he was able to board a flight without having first confirmed his test result.

As of July 14, pre-departure testing is mandatory for all Nunavik-bound construction workers. The testing is now available at the Montreal airport.

All workers need to be tested once again seven days after arrival in the Nunavik communities, the protocol states.

But the case in Salluit suggests the regulations aren’t doing enough to keep COVID-19 out of the region.

Officials in Salluit said a lack of clarity within the region’s protocols is putting community members at risk and creating tense encounters between residents and visitors to the region.

“We understand the level of fear and preoccupation from the population in the community and the region as a whole,” the health board said in a July 15 statement.

“We would like to reassure everyone that our goal is to maintain Nunavik COVID-19 free.

“We must not feed nor encourage stigmatization and hurtful negativity regarding COVID-19 towards any member of the community and essential workers. We must practice mutual respect because we are all in this together, and together, we will get through it.”