“We want to minimize the anxiety in the community” 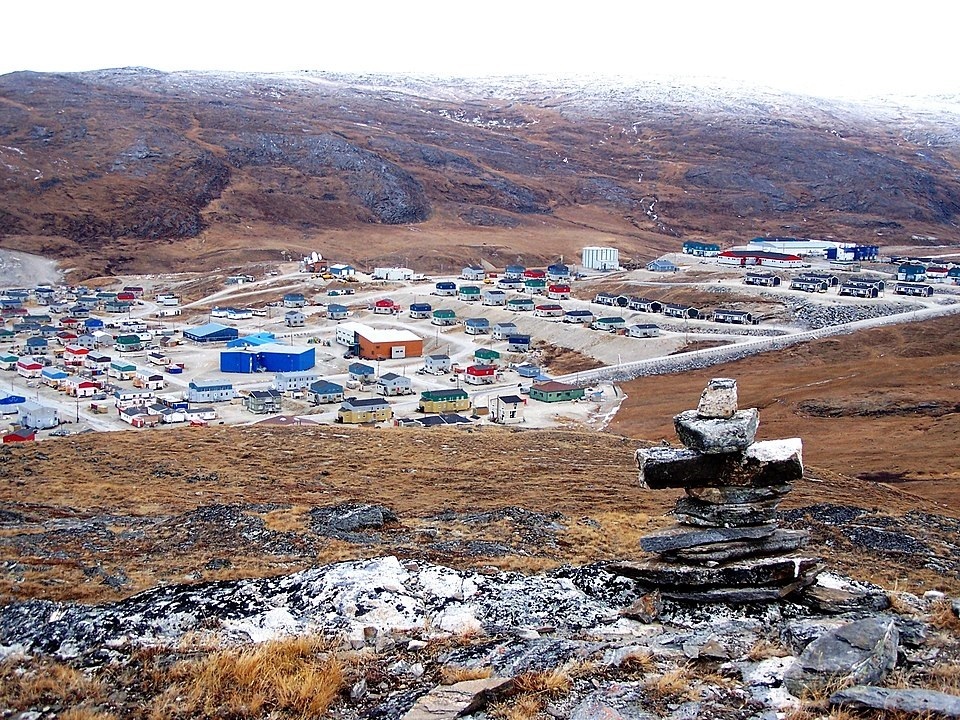 The Nunavik Regional Board of Health and Social Services confirmed a new case of COVID-19 in Salluit on July 12, reportedly linked to a worker who didn’t quarantine before travelling to the region. (Photo courtesy of E. Herault/Interact)

A Nunavik community is urging regional authorities to send a work crew back south, after a contracted worker arrived in Salluit infected with COVID-19 last week.

The Nunavik Regional Board of Health and Social Services confirmed the new case on Sunday, July 12. The health board said the individual was tested before their flight, but the positive result was only confirmed after the flight left Montreal and Quebec City on July 10.

“They were intercepted upon landing and brought to care immediately,” the health board said on July 12. “The individual does not have any symptoms and is in strict isolation, along with the people they were in contact with in the plane.”

According to the Northern Village of Salluit, a crew of five workers boarded a chartered flight departing from both Montreal and Quebec City on July 10. The group was hired to work on two separate projects in Salluit for Nunavik’s school board, Kativik Ilisarniliriniq, though some of the workers are employed with an engineering firm called Journeaux Associates.

Following months of lockdown, Nunavik just reopened its construction season on July 6, allowing in a limited number of southern workers. In order to travel to the region, workers must first complete a 14-day quarantine, while their employers are required to book screening appointments for them before they are allowed to travel to Nunavik.

There were five workers on the July 10 flight to Salluit and at least two of them left their previous job sites to come directly to Nunavik without quarantining, said Michael Cameron, the coordinator for Salluit’s emergency response to COVID-19 committee.

Cameron spent the weekend tracking the movement of the crews to ensure they didn’t come into contact with other community members. Four of the workers are still waiting on their COVID-19 test results.

“There is a cautiousness around new people coming into the community,” he said, noting there was a confrontation between a resident and a visiting construction worker at a local grocery store over the weekend. “We want to minimize the anxiety in the community.”

The very first case of COVID-19 in Nunavik was found in Salluit in late March, Cameron noted, and that prompted the village to have a response plan in place to prevent any future potential outbreak.

Cameron said he is confident the community is not currently at risk of infection. All five workers are in isolation and have food being delivered to them.

But in order to send a strong message to southern contractors, Cameron said the Northern Village has asked the Nunavik Regional Emergency Preparedness Advisory Committee (N-REPAC) to send all five workers back south to fulfill their quarantine periods before they’re allowed back in the region to work.

It can be done, he noted—there are other construction crews currently at work in the community, all of whom followed proper quarantine requirements and passed COVID-19 tests before they arrived.

Nunatsiaq News contacted both the health board and Kativik Ilisarniliriniq to ask why the infected worker was able to board their flight last week before they had received test results, but neither organization responded by deadline.

In its July 12 news release, the health board said this latest case of COVID-19 wouldn’t be counted in the region’s total number of cases—17 recovered cases—given the individual was infected elsewhere.

As of July 5, 1,386 people have been tested either in Nunavik or just before arriving in the region.

In a separate release, the Kativik Regional Government said on July 13 that it will start to distribute free face masks to all elders in Nunavik. Residents should contact their local Northern Village office for details on how to pick up their mask.