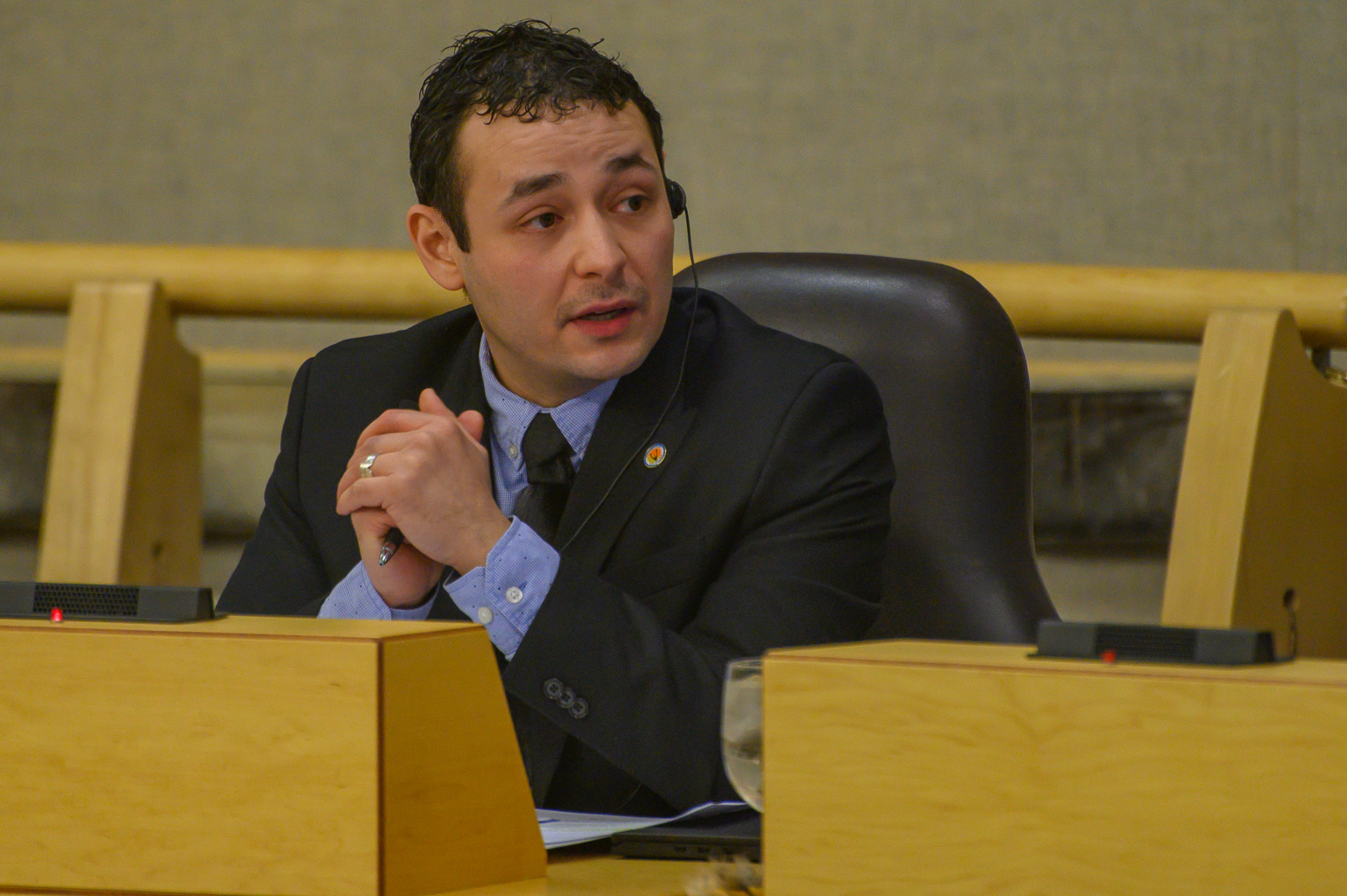 Nunavut MLAs have amended the territory’s Income Tax Act to help take the sting out of carbon pricing.

The changes, which passed third reading on Wednesday, Nov. 6, include an increase to the basic personal amount from $13,325 to $16,000. That means taxpayers will be able to earn almost $3,000 more in a year before having to pay territorial income tax.

Another change is an increase to the maximum cost of living tax credit from $1,200 to $1,500. That means taxpayers who earn more than $60,000 will receive up to an additional $300 back when they file their taxes.

And Nunavut’s corporate tax rate for small businesses has dropped from 4 per cent to 3 per cent.

“Our government is taking significant action to recycle carbon revenues back into our economy,” said Finance Minister George Hickes.

On July 1, the federal carbon tax came into effect in Nunavut. To help offset the increase to gas prices—which would have risen by five cents per litre—the territorial government introduced a carbon rebate program, which reduces that fuel price increase by half.

During debates over the income tax amendments, Nunavut’s MLAs agreed that carbon tax revenues should be returned to the territory’s residents. But there was disagreement about the best way to do this.

Adam Lightstone, MLA for Iqaluit-Manirajak, raised concerns that, with income taxes being cut, the government would come to depend on carbon tax revenues to fund government operations.

“Why is it that the government is using carbon tax revenues to fund government operations?”

“A very small part of the carbon tax revenue that we collect is going to stay with the Government of Nunavut and it’s basically to offset our own carbon,” responded Hickes, who added, “I don’t think the public would be very fond of us if we took these carbon revenues and put them into our general revenue and didn’t pass on any of these savings to the consumer.”

Lightstone said he didn’t think that amending the Income Tax Act was the most efficient way of giving back to Nunavummiut.

He also expressed concern that the carbon tax funds being transferred to the territorial government aren’t being used in the way they were intended, to reduce Nunavut’s carbon footprint.

“Climate change is a matter that I take very seriously and I believe that it is one of the major challenges that are facing this generation as well as the generations to follow. With that being said, I have put forward rough ideas and recommendations to this government on numerous occasions about ideas to incentivize or introduce programming to encourage Nunavummiut to adopt energy efficiency initiatives,” said Lightstone.

“Why have those ideas not been taken into consideration and proposed to be used with carbon tax revenues?“

Hickes responded by saying that he’s sure individual departments—who are responsible for specific programs—were listening.

Some of those departments have already put forward business cases, including the Qulliq Energy Corp., whose program to install energy-efficient LED streetlights across the territory was approved by the MLAs last week.

In 2019-20, the Government of Nunavut expects to raise over $12 million in carbon taxes. That will be broken down as follows:

But for Lightstone, the math didn’t add up.

“Given the 50 per cent rebate at the pump plus this additional 50 per cent usage of the carbon tax revenues, why is there so little room being left behind for energy efficiency initiatives?”

Hickes replied that the federal carbon tax increases each year for the next five years, and while the 50 per cent rebate at the pump program will continue, the annual increase in the tax means more money will be available for additional programs.

The bill passed its second reading during the day of Nov. 6 and received third reading that evening. By then, Lightstone, who welcomed a new son into the world the night before and told the legislature he was running on three hours of sleep, had gone home.

In a later email to Nunatsiaq News, Lightstone said he had planned to vote against the bill.

“I disagree with the fundamentals of Bill 26, I do not believe it makes for good fiscal policy,” wrote Lightstone in a comment meant to be read to the assembly.

“The purpose of the carbon tax is to reduce consumption of fossil fuel and greenhouse gasses and address climate change. Had this bill included specific energy-specific tax rebates for individuals and businesses who wish to invest in energy efficiencies, or if the GN had created an incentive program to assist the public with the purchase and installation of energy initiatives I would have happily voted in favour of this bill.”

Despite Lightstone’s objections, the bill passed.

Hickes said he’s open to ideas on how to further use carbon tax revenues to reduce Nunavut’s carbon footprint.

“I would strongly encourage members or people out in the public, if they have ideas, to write to their MLA or to the government and bring forward some of these ideas.”