Mattaq, other Inuit traditions at heart of Kuujjuaq celebration 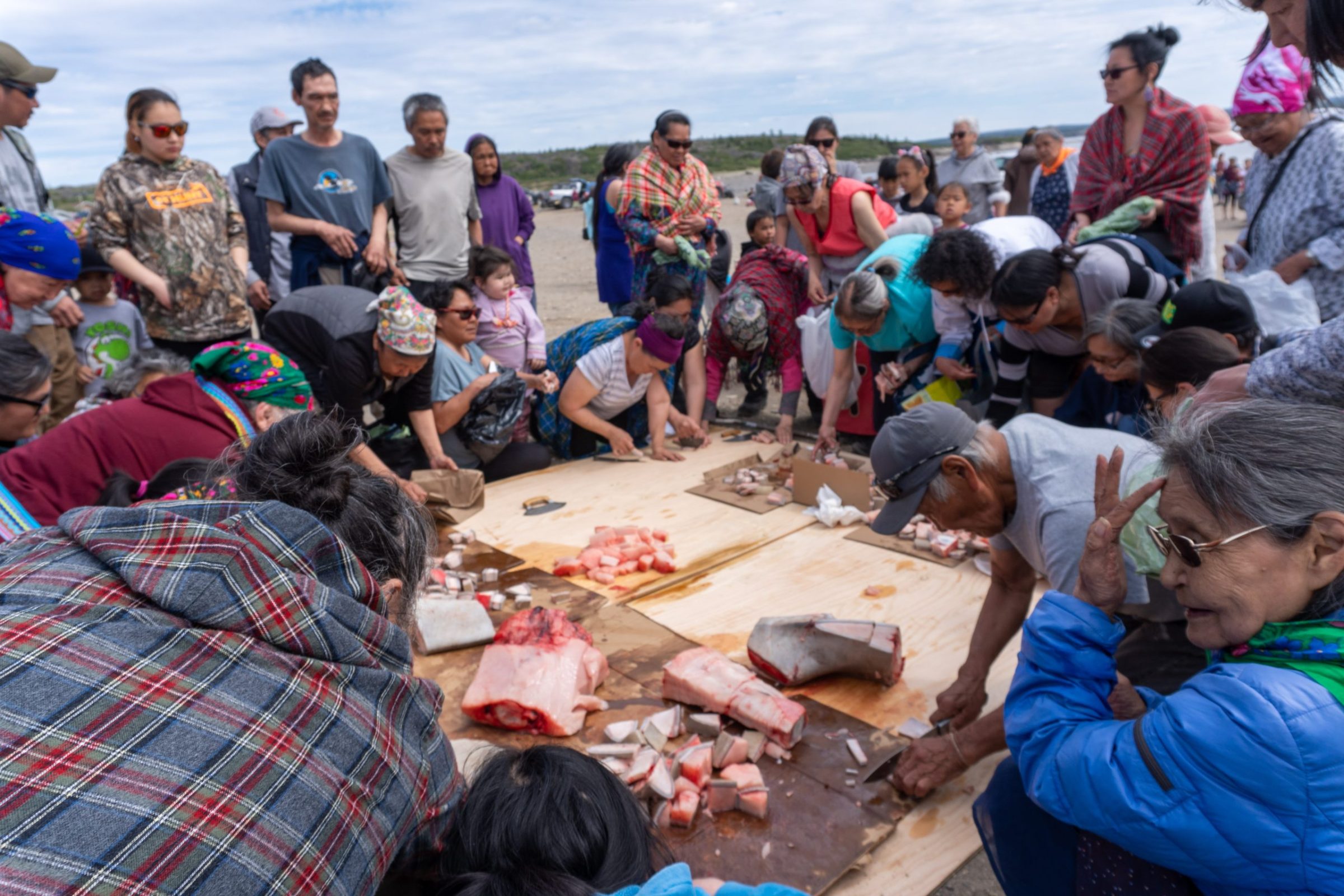 In Kuujjuaq, a parade from the arena to the beach along the Koksoak River kicked off National Indigenous Peoples Day celebrations Tuesday.

As more and more cars parked on the sandy beach, many of the people emerging from their vehicles wore traditional Inuit clothing.

The goal is to “celebrate Inuit pride” since “everyone is using traditional clothes, eating traditional food, and celebrating the whole day,” said Emma Cain, of Kuujjuaq Pinguatitsijingiit Inc., which organized the event.

The day included numerous activities such as tug of war, a fishing competition, flag contests and rewards for people spotted wearing traditional clothing. 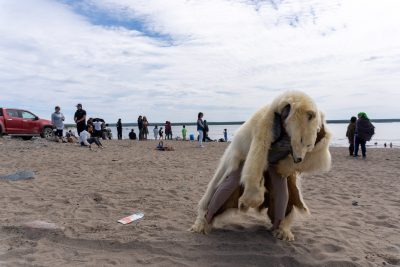 Laid out on the sand was a large piece of cardboard, where a dozen women used their traditional ulus to cut bite-sized pieces from a beluga tail, which had been hunted a week earlier.

When they were done, everyone at the event was invited to have some. Conversations filled with laughter were shared surrounding the freshly cut mattaq.

“This is our tradition, this is what I was taught growing up,” said George Kauki, who hunted the beluga.

“I saw great hunters back in the day do the same thing and share with the community. As you can see, to share our catch brings so many people together.”

“Many people come down here for this event specifically,” he said. “I do it because I want recognition for Aboriginal people, it shows the non-native community our traditions, and it makes them understand what we do as Inuit people.”

He said this day “means a lot.”

“I try to make it bigger than Canada Day. We were the first people that roamed Canada, and we are not recognized for it, we have been given little to no land by the governments, yet we use it for harvesting, for food, for anything.”

Kauki said: “As a child, I used to celebrate Canada Day,” however “the more you dig into our history and you see the residential schools, the dog slaughter, everything is linked to the Canadian government.

“I will still celebrate Canada Day,” he said, but “for what the Canadian government did to my people, I would rather celebrate National Indigenous Peoples Day.”

Daisy Saunders brought a full polar bear fur to the event, where she played with children by imitating the animal.

The bear was hunted in Quaqtaq, said Saunders, who brings the fur to the annual celebration every year.

“It is so gorgeous out here,” she said, looking at the people on the beach. “This beach is our traditional gathering place.”

“Upriver, we would hunt lynx, black bear, porcupines. And downriver you could get polar bears, seal, arctic char and mussels the size of heels,” she said, pointing to her foot.

Saunders said, “I live between two worlds, in the bush upriver, no trees down river. Here is the middle. This is our traditional gathering ground; this is why the event is here.”

With a tear in her eye, she said, “it is not right what happened to us, and it is painful, very painful!”
But “we all get together and say, ‘here we are!’”

This day, Saunders said, is about “showing that we did it, here. We are, and acknowledge it.”