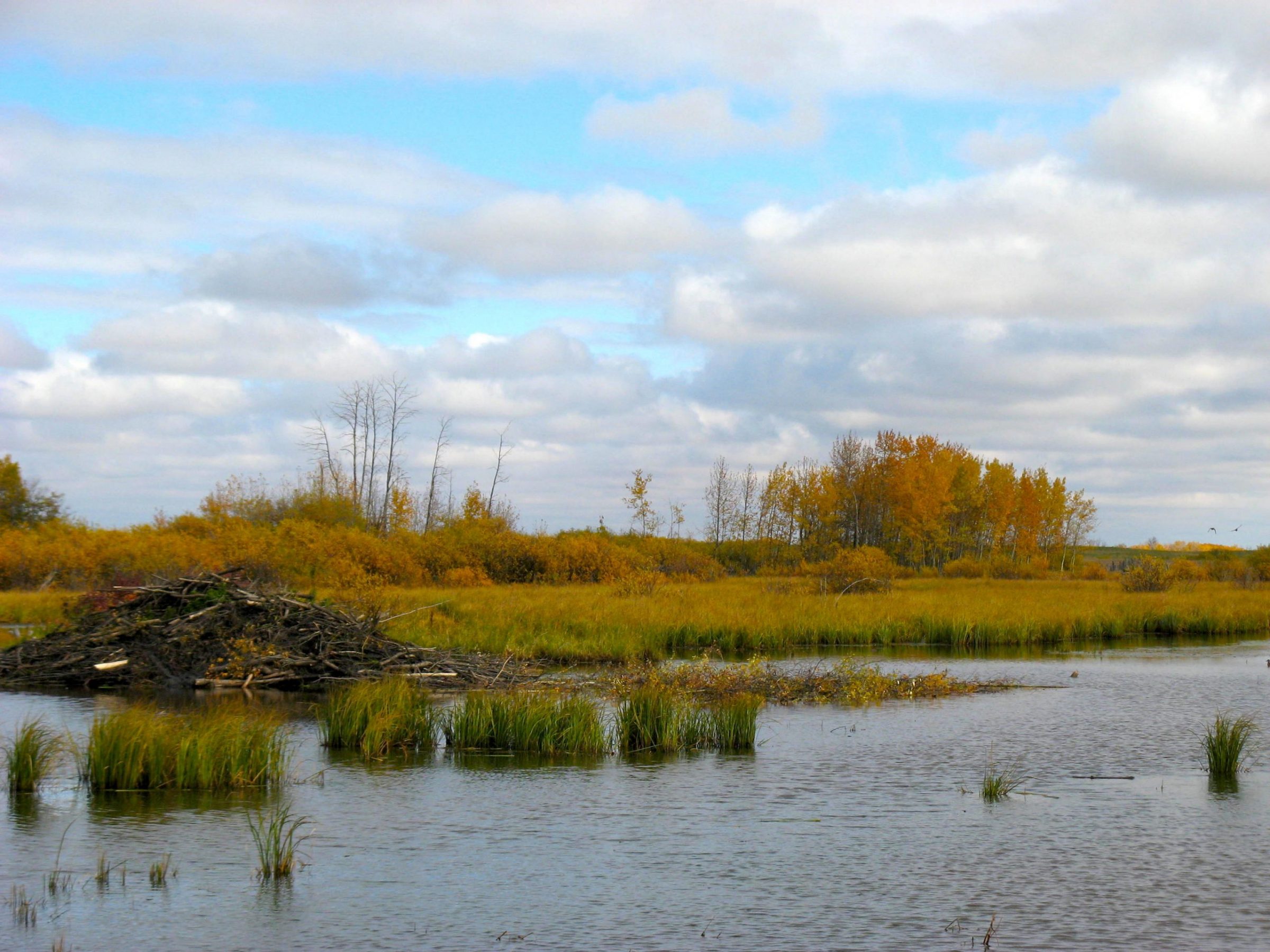 A beaver lodge provides the animal with a snug winter shelter and also keeps the water under them from freezing. The food caches nearby are full of shrubs to eat. (Photo courtesy of Glynnis Hood)

A recent beaver catch in Baker Lake, along with this summer’s earlier beaver sighting near Kugluktuk, more than 1,000 kilometres northwest of Baker Lake, have some wondering whether beavers are expanding their range into Nunavut.

The short answer is yes, said Glynnis Hood, a beaver expert and environmental science professor at the University of Alberta.

“What you’re seeing is the start of a frontal movement of animals that are ready to explore, and if it works others will come,” Hood said.

Eventually, two beavers of different sexes will meet up, form a mating pair and set up housekeeping in places where they are currently being spotted in Nunavut.

These places include Gary Lake, 300 km north of Baker Lake, where beavers have been seen more than once.

The presence of beavers in Nunavut comes as no surprise to Hood.

“Beavers are great colonizers,” she said. “They build on their past successes. They will build a dam and pond system and then, of course, they can successfully reproduce and their young will disperse.”

While beavers don’t move as fast as some invasive species do, they move relatively quickly because they are rodents, Hood said.

Beavers produce young, from one to four kits annually, which are then ready to move on within two to three years, she said.

So it doesn’t take long until there are many beavers.

Think of how coronavirus spreads, Hood suggested as a comparison: one person can infect two people, and those people can each infect two more people, and “so the spread does get to be fast.”

They hopscotch across the land, particularly in the spring, using melt water to move ahead. Beavers can move on land, but their tails make it hard, she said.

Once they are near a creek, they create ponds by building dams to make larger areas in which to swim and to access more vegetation.

That is how they will creep across the tundra after they first get successfully established, she said.

A recent study published in the Journal of Environmental Research said beavers are starting to colonize low-Arctic tundra regions in Alaska and Canada: in a 100-square-kilometre study area near Kotzebue, Alaska, the number of dams increased from two to 98 between 2002 and 2019.

That increase has implications for surface-water changes and permafrost degradation, the researchers said.

That’s because beavers can have a warming impact: a study by Hood and one of her students found pond water near lodges defrosts 11 days earlier than other pond water, because the beaver lodges and food caches have a warming effect on the water and the surrounding land.

Beavers do not hibernate, even in -30 C or -40 C weather, but go in and out of their lodges all winter.

“They actually mate in about January,” Hood said.

Even at -40 C, the temperature in the lodge never goes below zero. 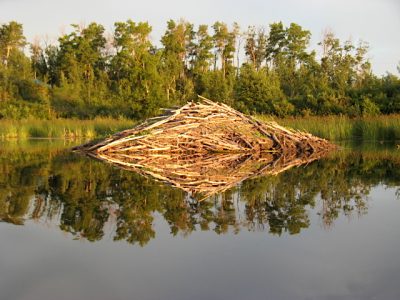 Beaver lodges, like this one seen in the summer, remain cozy throughout the winter, no matter how cold the weather is outside. (Photo by Glynnis Hood)

Beavers’ activities add to the shoreline. They also lead to an increase in the number of shrubs, whose growth has already been increased by warmer Arctic temperatures.

Beaver do compete with other species, such as ptarmigan, for shrubs, she said.

But ultimately, “you also get an increase of shrubs because of the beavers,” she said.

Beavers have what she calls a “whole system effect” on the environment.

Various articles on beavers have dubbed beavers “ecosystem engineers” and “agents of Arctic destruction and have accused them of “running amok in the Arctic.”

That because their landscaping may speed up the thawing of permafrost and release more climate-warming greenhouse gases into the atmosphere.

“They can do all of that. They can be a major disturbance, but they are a natural force in nature,” said Hood.

Bounties on beavers have been offered in some areas in the Northwest Territories, but Hood says it’s not best way to manage species or to prevent change.

“I don’t think they are the only reason that the Arctic is warming and permafrost is melting,” she said, adding that she prefers to see beavers as “our ecological second chance” because they also create biodiversity.

Other animals such as otters will follow beavers, known as pamiutuut in Inuktitut.

Otters, which have also been sighted in central Nunavut, sometimes use old beaver lodges for their homes.

“You’re going to get a lot of new things happening,” Hood said.

Beavers have lived in the Arctic in the past, three to five million years ago.

And new research on ancient beaver fossils from Ellesmere Island has suggested that if global temperatures rise by two to three degrees Celsius beavers could even find Nunavut’s High Arctic a suitable place to live.