Military packs up to leave Iqaluit

Operation Lentus purified more than 300,000 litres of water over 6 weeks 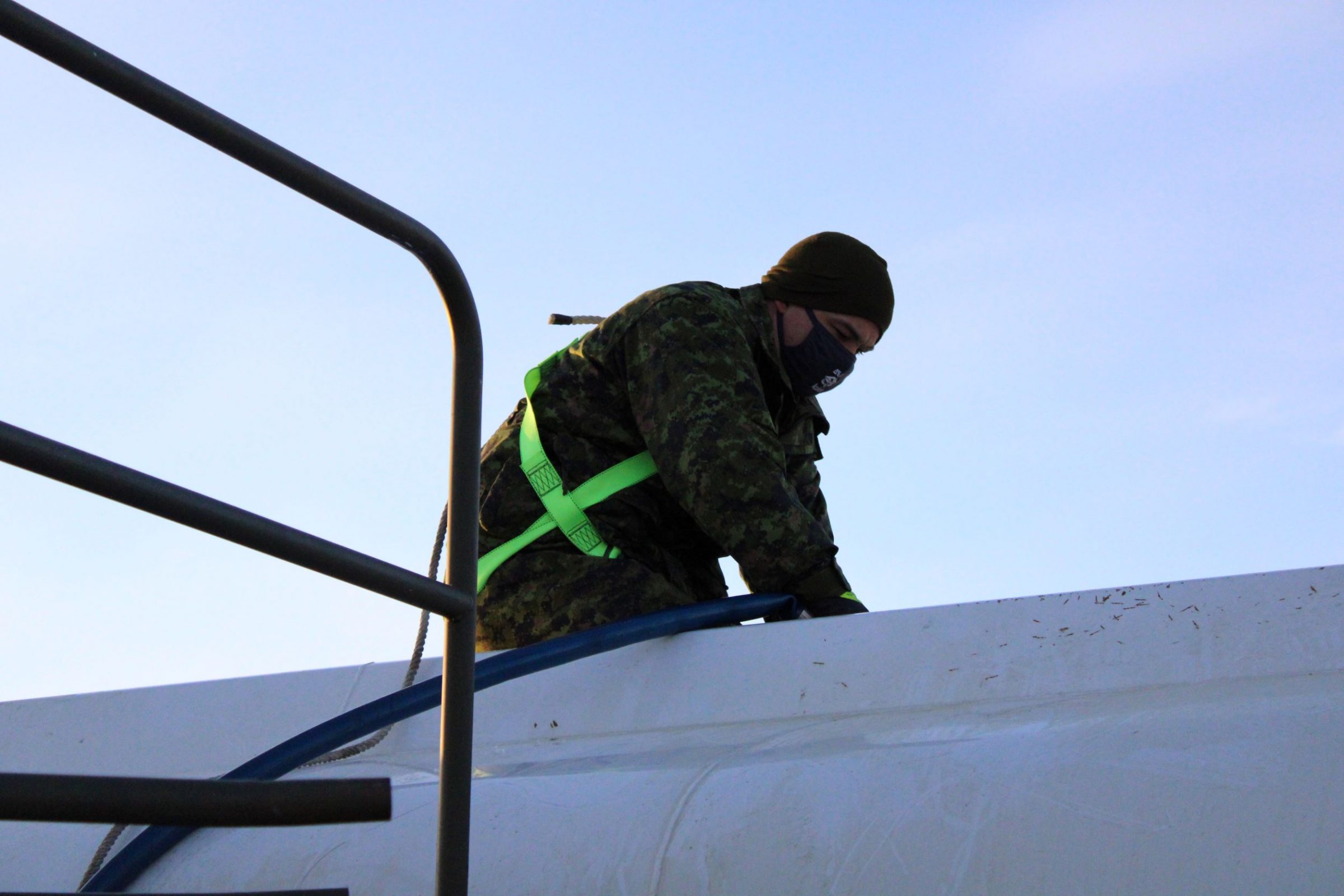 A Canadian Armed Forces member connects a water hose from a water purification unit to a city truck in November. The army is packing up and leaving Iqaluit after about six weeks of helping provide potable water. (File photo by David Lochead)

The Canadian Armed Forces are packed up and leaving Iqaluit after six weeks of purifying water for residents.

There are 14 members left in town, down from around 24 to 35 who were deployed in Iqaluit for the operation to help the city through its water emergency, Maj. Susan Magill said.

The military and its two reverse osmosis water purification units first arrived in Iqaluit on Oct. 23, 11 days after people in the city were told to stop drinking their tap water because it was contaminated with fuel.

The operation was scheduled to run until Dec. 22.

But on Dec. 10, the Government of Nunavut lifted the advisory and the city collected its last 40,000 litres of water from the military.

In total, the military produced 307,650 litres of potable water for the city, said Magill.

She said the army will leave Iqaluit with some lessons learned about how to operate in cold weather — the water purification units had never been brought this far north.

On Nov. 23, harsh winds broke a military tent and shuttered the operation for about two weeks. The military had to move indoors to the North American Aerospace Defense Command Forward Operating Location near the Iqaluit airport in order to start production again.

Magill said other than that, there weren’t any other major equipment problems, though there could’ve been.

“Very little held up well to the cold, which is why the move indoors occurred,” she wrote in an email.

Since the territorial government water advisory, Iqaluit recreation staff have gone back to the aquatic centre, filling stations have closed and city council voted this week not to renew a local state of emergency.