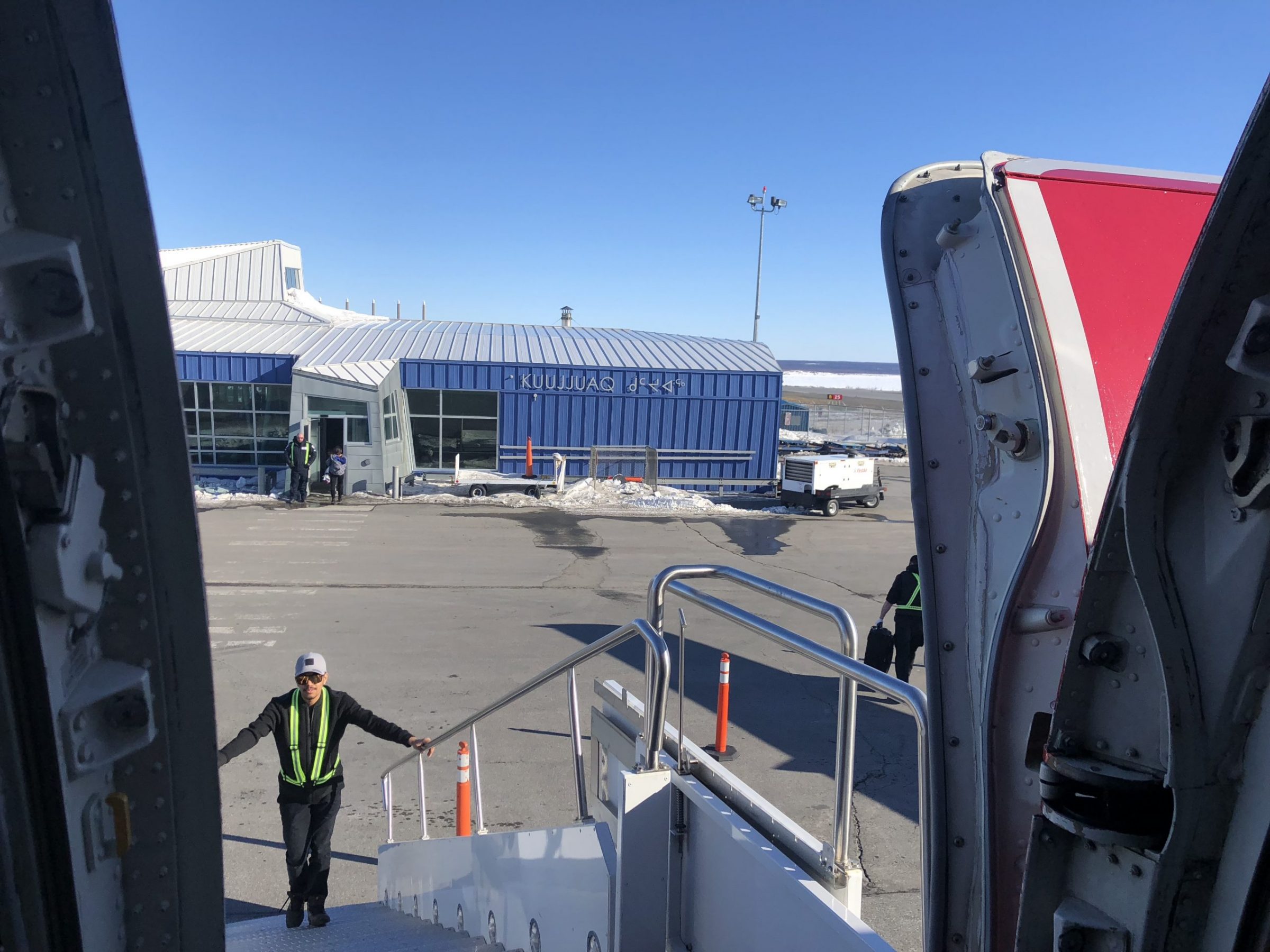 It’s not as easy to get off in Kuujjuaq as it used to be: Canadian North has further reduced service to and through the Nunavik hub. The carrier announced other big changes to its schedule on April 1. (Photo by Jane George)

Not long after public health officials confirmed a second COVID-19 case in the Northwest Territories and in Nunavik on April 1, Canadian North introduced a new, even more restricted northern flight schedule that started rolling out April 2.

In the new schedule, a long-standing and much-used trans-Arctic flight from Iqaluit through Rankin Inlet to Yellowknife is no longer offered.

Instead, this flight has been temporarily replaced with a new connection from Cambridge Bay through Rankin Inlet to Iqaluit, which will operate twice a week, on Wednesday and Sunday.

On April 3, after Nunavik halted all passenger flights, Canadian North also suspended its Montreal-Kuujjuaq-Iqaluit flights. Now, you will have to travel to Iqaluit through Ottawa, Canadian North said.

Other major changes include the following changes in times and days of flights:

Most travel to points in western Canada from central and Nunavut will flow through southern Canada after the changes come into effect. So if you want to fly from Rankin Inlet to Edmonton, you will have to fly through either Cambridge Bay and connect from there to Yellowknife and then to Edmonton or fly through Winnipeg and then head west.

“These changes will not affect our cargo operations.  We have taken steps to ensure the continued flow of food, medical supplies and other essential goods to all communities we serve and will carefully monitor our capacity,” Canadian North said.

The flight changes will be gradually rolled out beginning on Thursday, April 2, with the new schedule fully in place by Sunday, April 5, the airline said.

The new schedule replaces an earlier set of changes announced on March 24 that was supposed to remain in effect until April 20.