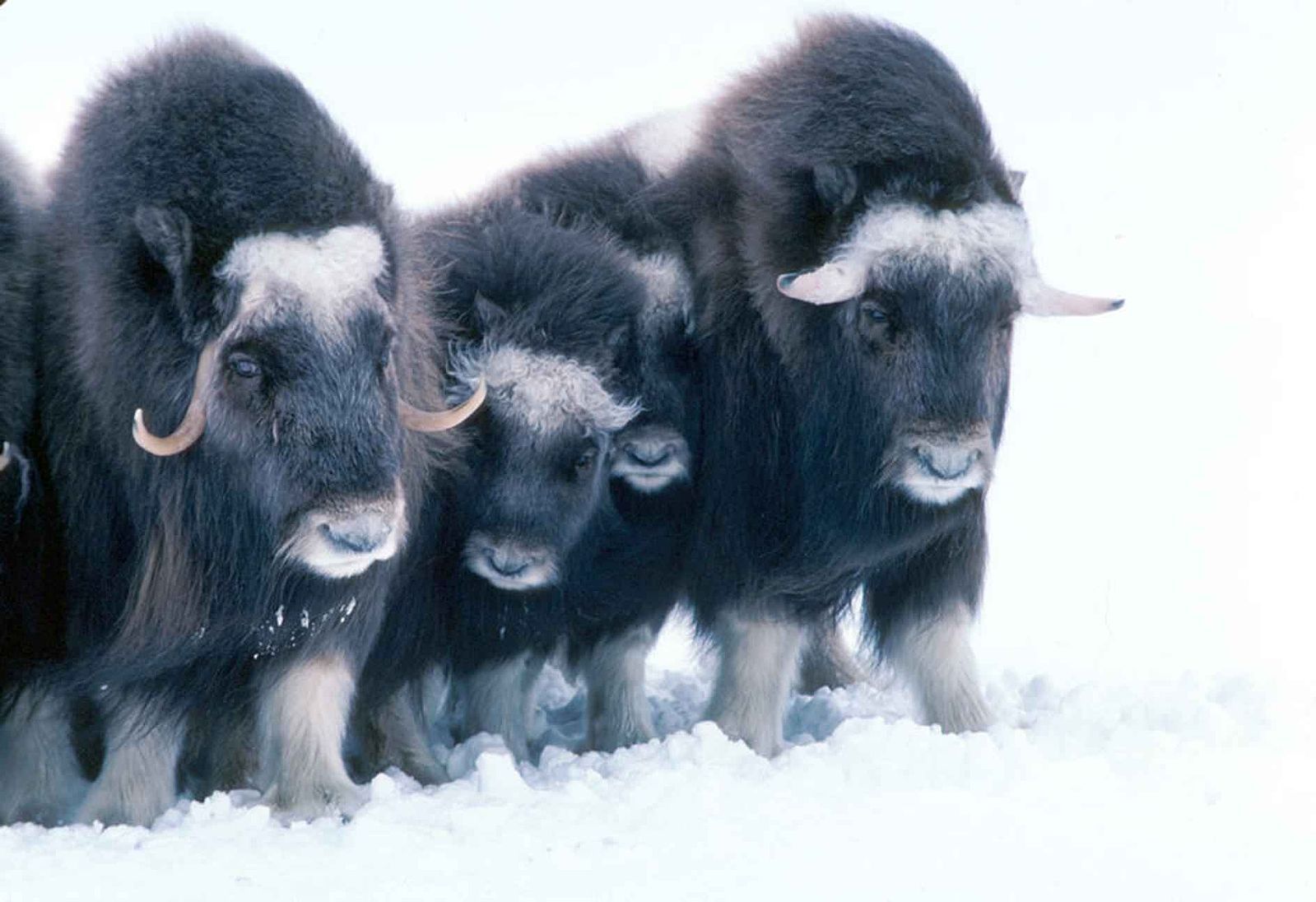 The number of muskox is down on Victoria Island, but the muskox population has risen in the more remote areas of western Nunavut, including at Boothia Peninsula, where hunters are now able to harvest more muskox. (Photo courtesy of the U.S. Fish and Wildlife Service)

The return of muskox to the Boothia Peninsula, along with higher quotas for hunters, will help feed people in Nunavut, says Premier Joe Savikataaq.

Since July, hunters have been able to harvest four times as many muskox on the Boothia Peninsula than before, because the population in that area has grown, Savikataaq, who is also the territory’s environment minister, told the Nunavut legislature on Tuesday, Oct. 29.

“In 1985, there were no muskox on the Boothia Peninsula,” Savikataaq said in his minister’s statement. “However, in 2017 the muskox population had recovered to an estimated 3,500 or more.”

The quota, or total allowable harvest, for muskox in the management area that includes western Nunavut’s Boothia Peninsula was increased in July from 66 animals to 275 animals. 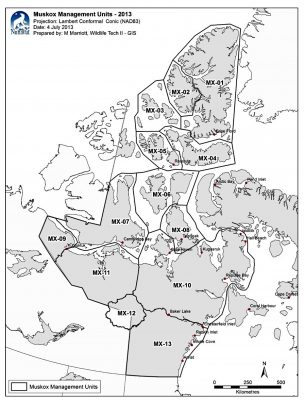 This map from the Government of Nunavut shows the muskox management areas for Nunavut, which include MX-8, where more muskox can now be harvested. (Image courtesy of the GN)

Savikataaq said that being able to harvest more muskox will increase the availability of country food in the communities, and more materials will become available for traditional clothing and crafts.

Having a higher quota for muskox may allow Taloyoak, located on the Boothia Peninsula, to move ahead with its plan to sell meat and fish outside the community.

Taloyoak hunters already often sell caribou to people in communities lacking access to caribou, and its hunters and trappers organization has said that it wants to start a cut-and-wrap facility for fish and meat .

At the Kitikmeot Regional Wildlife Board’s annual general meeting, held last month in Cambridge Bay, the Environment Department said it wanted to work with hunters “to help satisfy the demand for alternative country food due to the scarcity of caribou in western Kitikmeot.”

Muskox numbers in the remote mainland areas of the Kitikmeot have also increased, the Government of Nunavut said at the meeting.

When part of this area, south of Kugluktuk, known as MX-11, was last surveyed in 2013, there were roughly 6,700 animals, the GN said in its report to the AGM. The quota there now stands at 255 animals.

A new survey hasn’t yet gone ahead in the entire MX-11 area, but it’s likely those numbers are also up, the GN said.

Meanwhile, the number of muskox around Victoria Island is down from an estimated 30,000 to about 10,000 on the Nunavut portion, with none seen close to Cambridge Bay, according to a 2014 GN survey.

Eight of the 13 muskox management units in Nunavut have a yearly quota, varying from 15 muskox to 400 muskox: