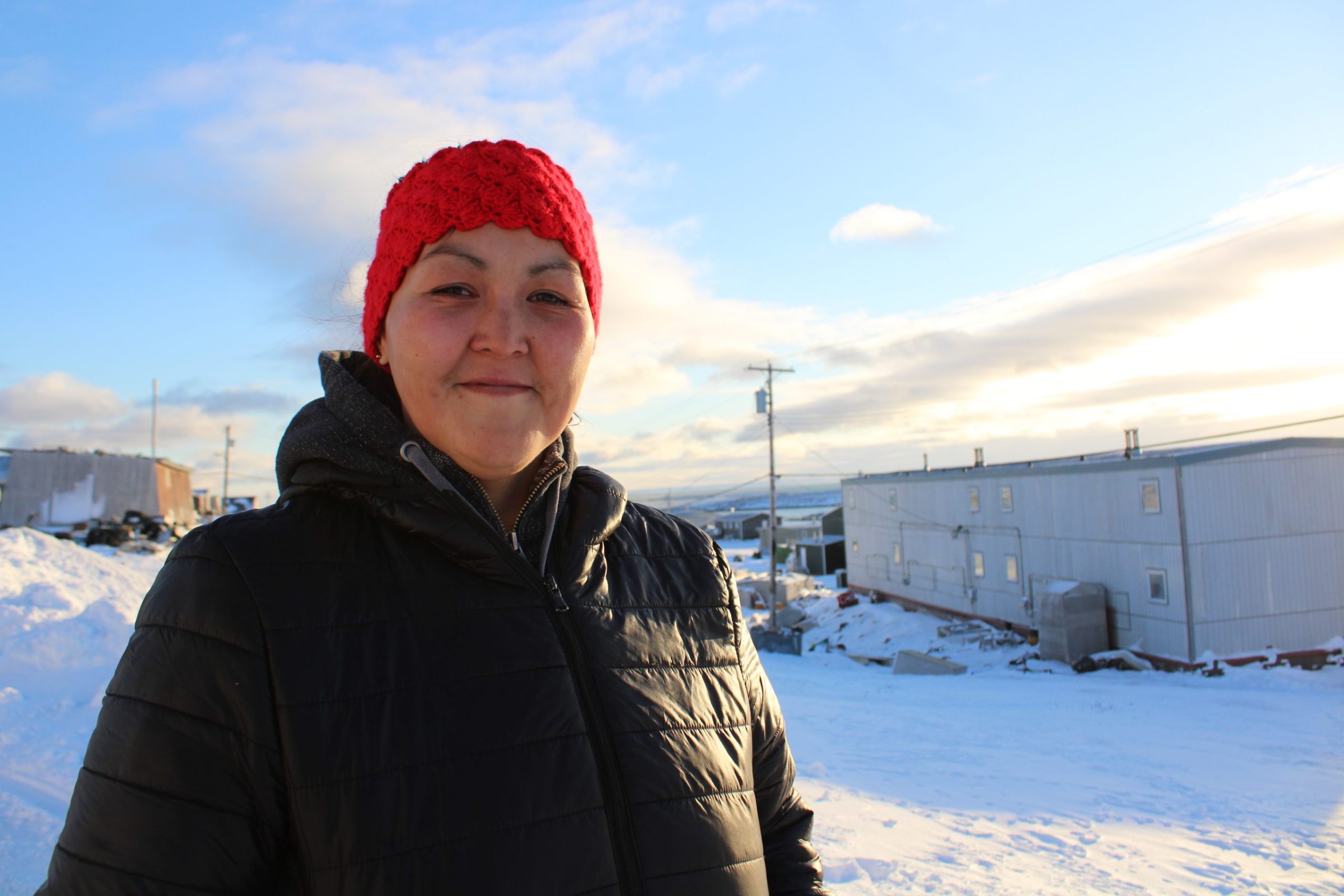 Julia Natseck said she had never been to Fort Hope before, but could feel she was close to her ancestors when she camped there for a week this summer while documenting archeological work there. (Photo by David Venn)

Before this summer, Julia Natseck had never been to Fort Hope, a historical site 30 kilometres west of Naujaat, nor had she ever practised archeology.

That all changed when she travelled up Niaqunnguup Kuunga, or the North Pole River, with a team from Inuit Heritage Trust to begin surveying the land.

This area is where Scottish explorer John Rae and his crew set up a camp called Fort Hope and met with Inuit in 1846 while he was trying to map the Northwest Passage.

The Hamlet of Naujaat is trying to make the area more accessible by building a road closer to the site, with the long-term goal of making it a heritage destination.

Natseck applied to join Inuit Heritage Trust on its excursion to Fort Hope, seeing it as an opportunity to go out on the land with her son, James Jr. Natseck — something that she doesn’t get to do often.

“It was the best moment, being out on the land with my Junior,” she said. 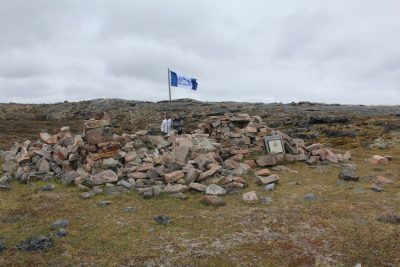 Natseck said she learned aspects of archeology while there. She read a book on the subject, set up equipment and measured tent rings.

She said it was meaningful to visit and help document the site, knowing the historical context behind it.

“[My ancestors] were not there, but it seemed like they were there with us,” Natseck said.

Howse, Natseck and one other archeologist spent seven days camping in windy conditions and collecting data around the land.

The team took lots of photographs to build a 3D model and measurements to within a centimetre of detail of tent rings, Fort Hope itself and other cultural artifacts, such as bones. 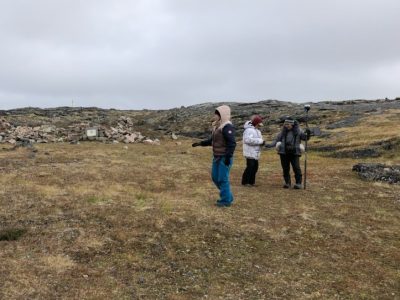 Part of the trip also included engaging with the community to learn more about Rae and the cross-cultural event that happened in 1846 when he arrived, through the experiences of Inuit.

“Inuit have been using this area for millennia and it’s still very much an important cultural location for a variety of activities,” she said. “Ultimately, we’re looking to have a better understanding and learn more about how Inuit and Rae interacted.

She said that Rae learned from Inuit that the stone structure he made to house his crew over one winter was not a suitable camp in the Arctic and lived in igloos afterwards.

“There was more of a positive relationship and Inuit really shared their knowledge with him,” she said. 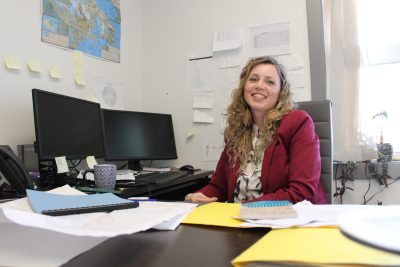 Community members told Howse that the site changed over the past 150 years from polar-bear activity and weather.

Howse also spoke with three elders, including Alice Nanorak and Paula Tegumiar, about their concerns with Fort Hope.

One elder told Howse that they wanted the area to be taken care of to respect the spirits of the Inuit who were born and raised there. Another said that they didn’t want any of the sod houses or other material to be played with or taken.

Making it a heritage destination would help protect Fort Hope and the surrounding area, as it would ensure that the site won’t be disturbed.

“We want to protect not only Fort Hope, but the Inuit and pre-Inuit features that are in that area,” she said. 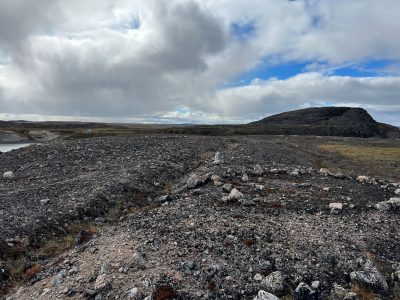 Making Fort Hope a heritage destination could help protect features in the area, such as tent rings. (Photo courtesy of Lesley Howse)

“We want to see the preservation of conditions of what it is now and make sure that they’re protected down the line in the future.”

Howse is currently processing all of the research they gathered.

The next stage will be to present their findings to the community, create some educational material and see where the hamlet wants to take the project next, such as finishing a path toward the site.

Natseck said she wants to see an ATV trail make Fort Hope more accessible so that Inuit can visit.

Naujaat Mayor Alan Robinson said he wants the site to be rebuilt and open for visitors.

“I can really see the benefits of this,” Robinson said.