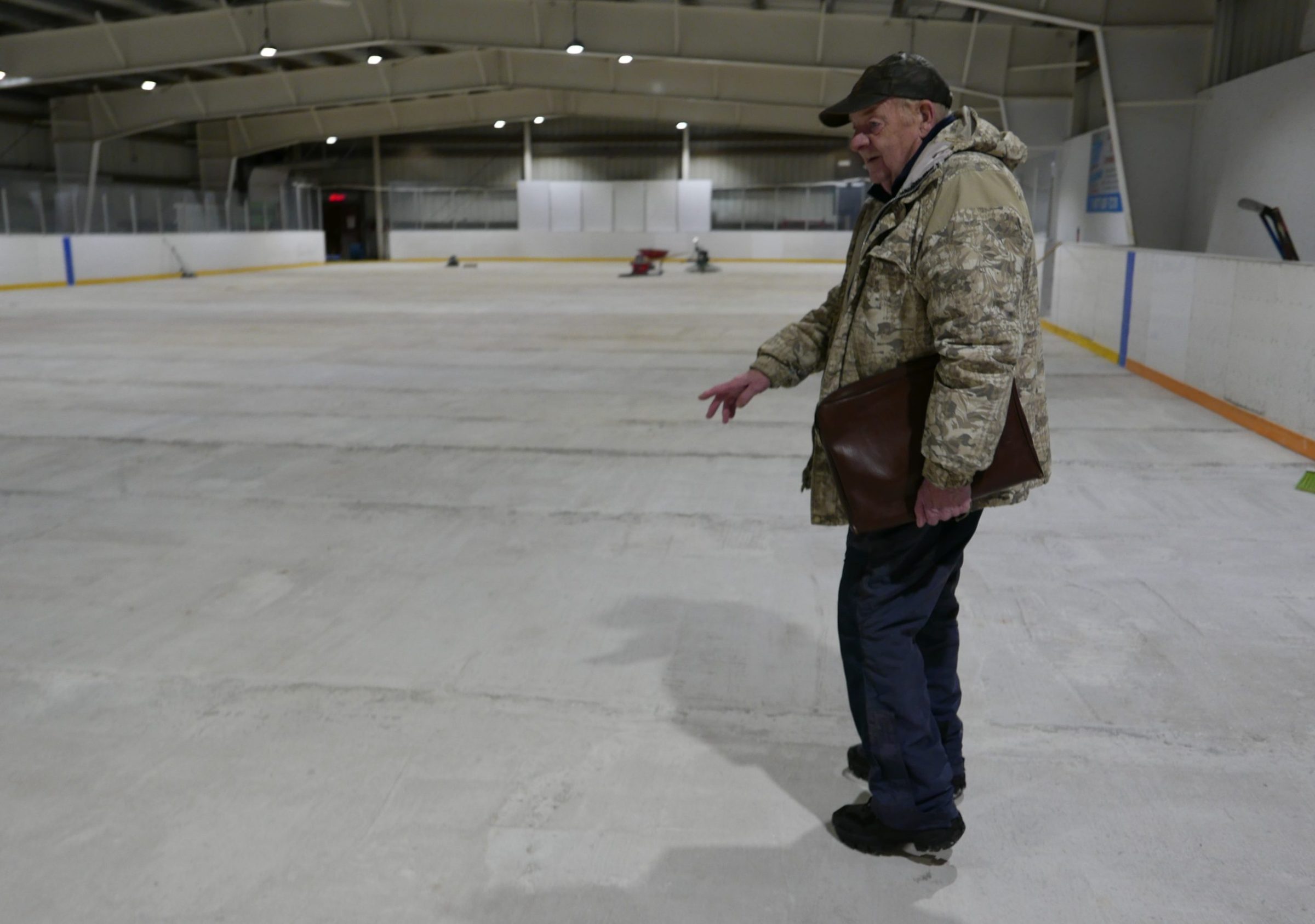 Naujaat Mayor Alan Robinson said once the arena is open, it will give kids in the community a place to go in the evenings. (Photo by David Venn)

Youth square dancers in Naujaat were just about to begin preparing for a competition when the place where they practise was destroyed.

“We ran our first penny sale and then the next day … the day before they had their first practice, [the centre] burnt down,” said Bernice Ivalutanar-Malliki, a board member of the Naujaat Youth Square Dance Group.

Naujaat’s community centre was gutted by fire on Oct. 7. Officials still have not completed their investigation into the cause.

The square dancers had difficulty finding an alternate place to practise, but did end up getting permission to use the Parks Canada office and Tusarvik Elementary School gym.

The group consists of 10 dancers between the ages of 11 and 16. They’re set to leave on Nov. 8 for the Haapanaaq Memorial Squaredance Showdown in Arviat.

Ivalutanar-Malliki and the youth square dancers are just a few Naujaat residents who are learning to make do without the hall.

But she said she’s concerned about where the kids are going to spend their time.

Her 11-year-old son is one of the many children who have taken to the Tusarvik gym as a replacement for the centre. The school has opened up its doors in the evenings since the community centre burned down.

The community centre was somewhere youth could go to get away from problems at home, socialize with friends, stay out of the cold and stay out of legal trouble. It had ping pong tables, a pool table and other activities, Clarke said.

“The kids were dependent on it. It was a safe place,” she said. 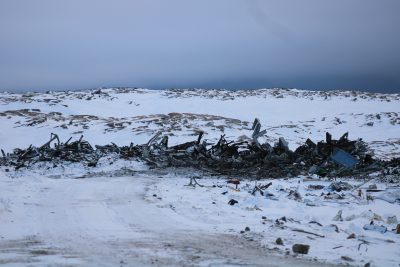 Piles of charred metal have been removed from the site of the old community centre and brought to the hamlet dump. (Photo by David Venn)

Supervisors kept the centre open until 12 a.m. every night. The week before it burned, hamlet staff were planning dances, movie nights and monthly community feasts.

“The gym at the elementary school can’t tolerate something like [being a drop-in centre] … it’s used for other things,” she said. “It’s not a drop-in centre, nor should it be used as such.”

Clarke has been looking into what buildings around town might be able to serve as a replacement for the community centre.

One of the options is restoring two portable classrooms that are near the elementary school. They are smaller than the community centre, but it could be a piece to the solution.

It will help with other events, such as handing out food baskets — an activity the hamlet normally would have done at the community centre.

“[It’s] a huge loss for the community. I don’t even think people realize how huge it is,” Clarke said.

Naujaat won’t get a new community centre for three to five years, she said, and the project could cost between $12 to $15 million.

The hamlet doesn’t know if any of the old community centre will be covered by insurance, and even if it is, Clarke said the building was undervalued at around $5 million.

Most of the cost of a new community centre will be covered by the Department of Community and Government Services, Clarke said, although the department has been cutting down on capital projects.

“I’m hoping that our community hall will rank up there as one of the top priorities but I’m not sure,” she said.

Clarke said it’s been stressful waiting for the fire marshal’s report into the cause of the fire, which she had expected to come in already.

“I have a feeling that the cause of the fire will just eventually be unknown,” she said, adding that inspectors couldn’t get into or under the wrecked building because of how unsafe it was.

Mayor Alan Robinson said the hamlet is close to opening up the arena, another popular place for kids to hang out.

After five years of materials sitting in storage, Robinson said staff got around to laying a concrete floor over the past year and it’s almost ready to be flooded.

Robinson wants to see the arena get more use — for 10 months of the year instead of five. That will include hanging basketball nets from the ceiling, installing turf and having a small indoor pool for kids to learn how to swim.

“I’m very very proud that we’ve got this far,” he said, complimenting hamlet staff on their work.