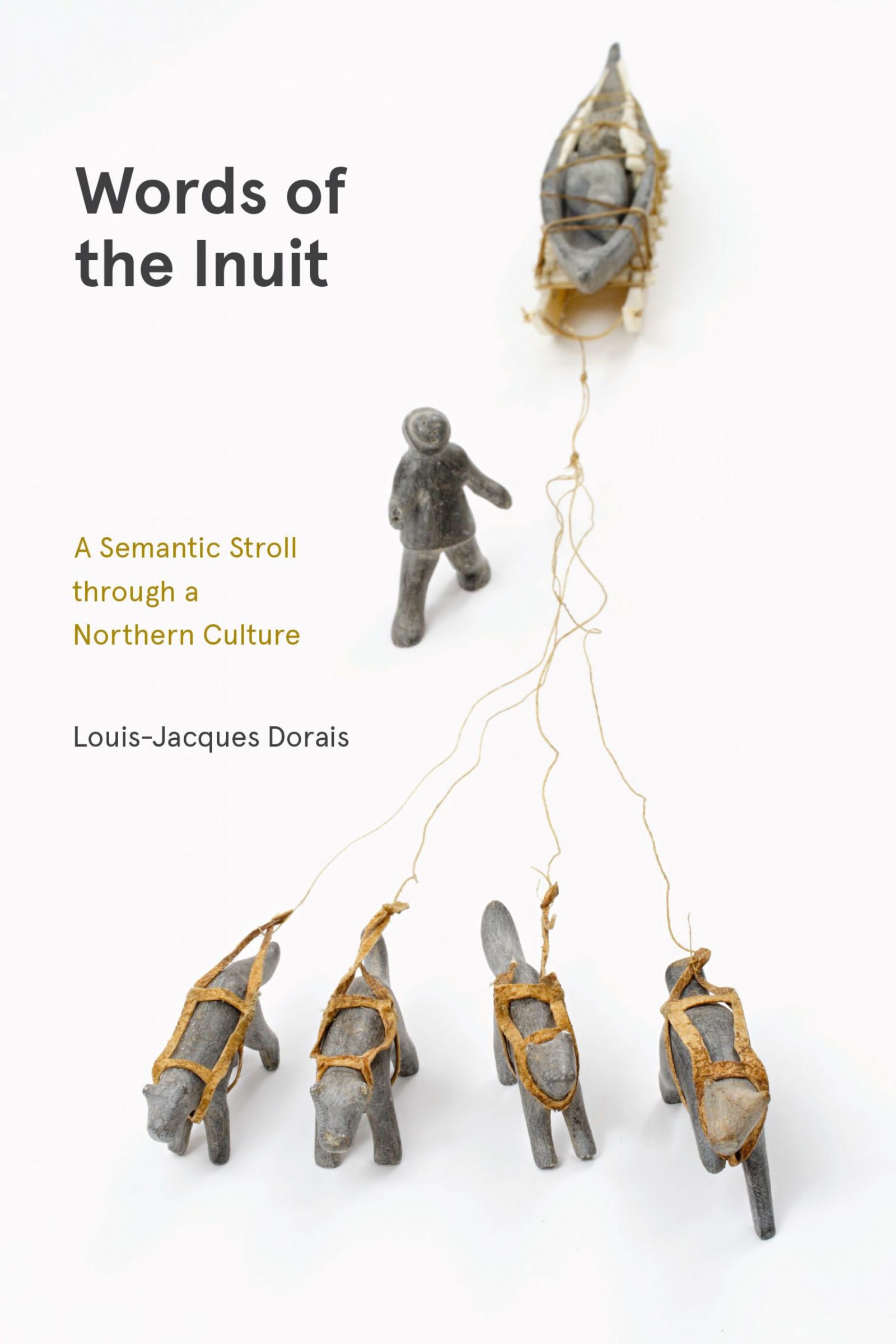 “Words of the Inuit” by Louis-Jacques Dorais is “a resource that must become part of every library in Inuit Nunangat and all schools teaching Inuktitut and Inuit culture and history,” says Lisa Koperqualuk. (Image courtesy of the University of Manitoba Press)

“It brings to light our culture and worldview”

When you read “Words of the Inuit,” the latest book by Louis-Jacques Dorais, you will find it contains many revelations about the Inuit language.

Dorais, 75, is a retired professor at the Department of Anthropology at Laval University, founder of the Inuit Studies conference and author of many books and articles on Quaqtaq and the Inuit language in Nunavik and Nunavut.

In his new book, Dorais, who is known to many throughout the North, shares more than 50 years of experience with the Inuit language and Inuit.

“Louis-Jacques Dorais is probably the only ethno-linguist-anthropologist who has such a deep understanding of the Inuit language,” said Lisa Koperqualuk, his former graduate student, who is now, among other roles, a curator with the Montreal Fine Arts Museum and vice-president, international affairs, with the Inuit Circumpolar Council.

In her introduction to “Words of the Inuit,” read at its virtual launch on Sept. 28, Koperqualuk recounted how Dorais has dedicated most of his life to studying Canadian Inuktitut and teaching it to many students (including this Nunatsiaq News journalist) who wish to gain “a glimpse of our world and better understand our culture.”

“As I read through Louis-Jacques’s book, I see that it brings to light our culture and worldview through a stroll among our words and concepts,” Koperqualuk said.

In the 1960s, Dorais became fluent in Inuktitut by living in Quaqtaq and then helping Inuit patients with tuberculosis write letters home from Quebec City. Since then, Dorais has travelled widely to Inuit communities in Canada, Alaska and Greenland.

And while there are many sections of the book where Dorais delves deeply into words, you don’t have to be fluent in Inuktitut to appreciate the book.

“So much more can be learned about our way of thinking by analyzing Inuktitut in the way Louis-Jacques demonstrates. The study of Inuktitut rests not only in understanding its linguistic structure; a deeper study of our language reveals much more about the Inuit world view.”

In “Words of the Inuit,” Dorais shares a story about learning what being Inuit means.

“From an early age, children are taught to be helpful. In Quaqtaq once, as I was walking through the village with my adoptive father (Saali Tarqiapik, the head of the household where I lived), we saw his old uncle trying to move something heavy.

“My father said ‘Inuuvit?—Are you an Inuk?’

“Ignoring the reason for his question and how to answer it, I replied ‘Aatsuk’—I don’t know.

“He then said ‘Inuit ikajusuungumaata apirijaugatik ikajulaurlavik’—Because the Inuit habit is to aid people without being asked, let us help him!”

In another story, Dorais talks about how elders still consider it rude to ask someone, “Kinauvit?”—“Who are you [i.e., What is your name]?”

“When I visited Tasiujaq [in Nunavik] for the first time, the patriarch of the community, Willie Cain, suddenly said to me: ‘Iliranartualummik apirigumagakkit, qailaurit’—’I have something very embarrassing to ask you, so please, come!’

“We left his tent and walked up to a rock on which he invited me to sit before asking me, ‘Kinaugaluarqit?’—’Who are you anyway?’ It would have been much more polite for him to ask someone else, even in my presence, ‘Kina una?’—’Who is this one?’

“But since nobody around knew me, Willie had to resort to a direct question, the rudeness of which he tried to attenuate somewhat with the affix -galuar—(‘however, anyway’).”

At the launch of his book, Dorais said he is not a linguist but tries to look at underlying meanings of Inuktitut words—”when you can find one.”

When you can do that, you can “open a window on one or another of the current or ancient Inuit world view,” he said.

During the virtual launch of the book, Dorais brought up the linguistic link between good and bad in Inuktut, as an example.

But, as Dorais explained it, these two words show that for Inuit, to be good is to be something, “that you exist,” because it’s based on the “pi” which means something.

But if you are not something, you’re bad.

“What is bad is nonexistent,” he said.

In 2011, a year after he published “The Language of the Inuit: Syntax, Semantics, and Society in the Arctic,” Dorais won the 2011 Canada Prize in the Humanities.

In this new book, he dives into the language at another level.

He considers 1,400 words, which he covers in chapters that include ones on speaking about the environment and the land, animals and subsistence activities, humans and spirits, family, kinship, naming and the human body.

The book contains a glossary, extensive notes and a bibliography.

Koperqualuk noted how “we are at a crossroads where many in our communities are seeing our languages slowly deteriorating.”

“We need to make decisions on protecting our language. Work is being done in our institutions to help protect our language, such as with the Inuktitut Language Commission and the Inuktitut language authorities in Inuit Nunangat, but these efforts go hand-in-hand with knowledge of linguistics and semantic understandings of Inuktitut,” she said.

“‘Words of the Inuit’ is definitely a resource that must become part of every library in Inuit Nunangat and all schools teaching Inuktitut and Inuit culture and history.”

You can order “Words of the Inuit” directly from the University of Manitoba Press, which is now offering a 30 per cent discount on orders. The discount code is WORDS30.