“Leah was the figure looking over my shoulder as I wrote.” 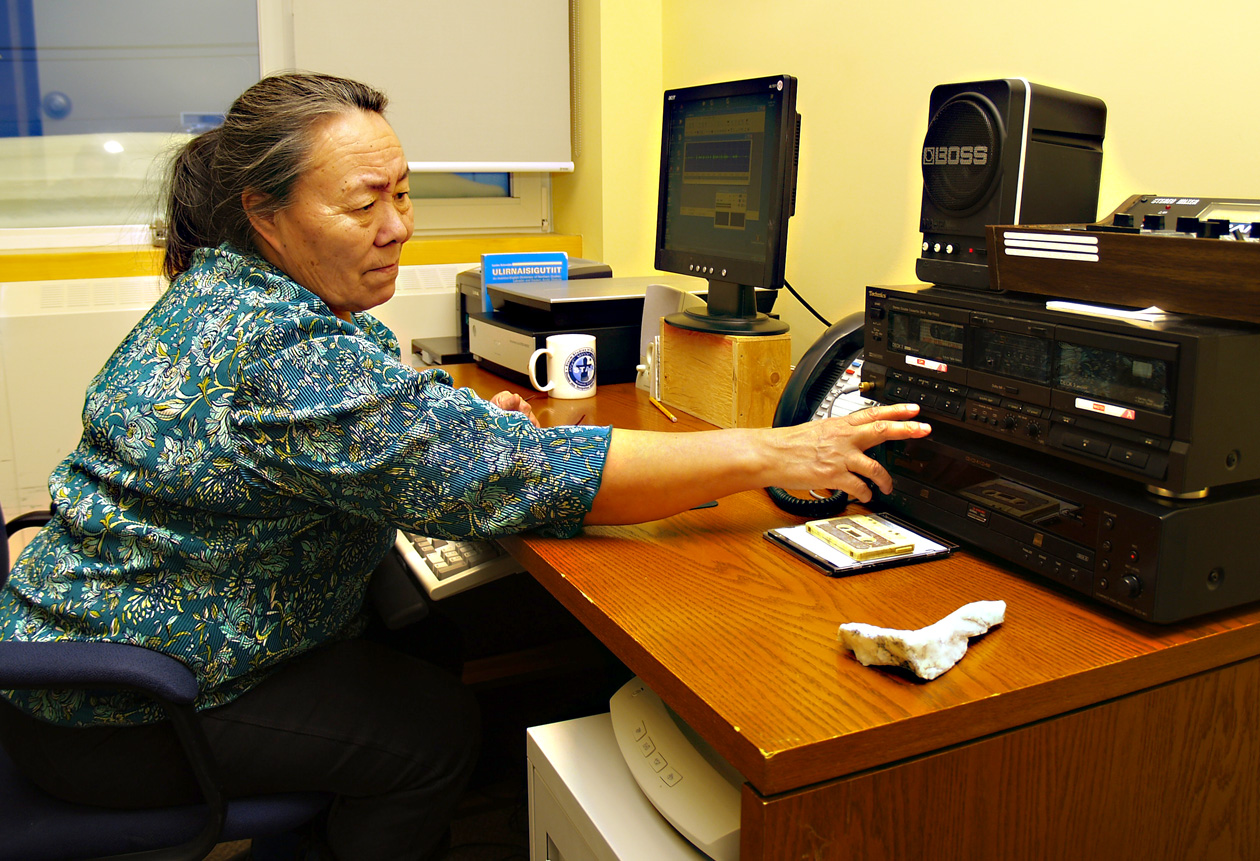 In a photo taken in 2010, the late Leah Otak digitizes one of the hundreds of taped interviews with Igloolik elders that the Igloolik Oral History Project began gathering in 1986. (File photo)

In 2010, the late Leah Aksaajuq Otak told a Nunatsiaq News reporter she held the best job in Nunavut.

And because she did that job so well, for numerous linguists, historians, anthropologists, scientists and Amitturmiut people from the region around Igloolik, Otak, who died March 7, 2014, at the age of 64, may have been the most important person in Nunavut they would ever know.

“She found ways to translate Inuit and Western knowledge traditions, working across both sides of the cultural divide,” writes Nancy Wachowich, a lecturer at the University of Aberdeen in Scotland, in the introduction to a new book that honours Otak and her contributions to knowledge.

Wachowich worked with John MacDonald, a former director of the Igloolik Research Centre who worked with Otak for many years, as editors of the book, published this month by Nunavut Arctic College Media. 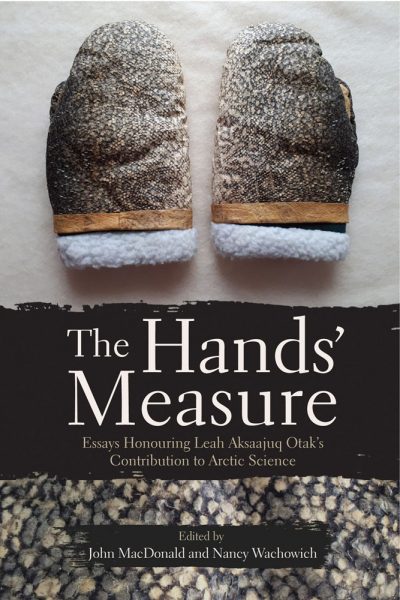 The Hands’ Measure, published this month by Nunavut Arctic College Media, gathers together 19 essays honouring Leah Aksaajuq Otak and her contributions to knowledge. The cover photo shows a pair of trout-skin mitts made by Leah Otak’s mother, Zipporah Inuksuk.

In it, the two editors gather together 19 articles from a wide range of contributors, including George Qulaut, Kenn Harper, Noah Richler, Susan Rowley, Louis-Jacques Dorais, Hugh Brody and Jack Hicks.

A permanent record of Igloolik history

The contributors celebrate the lasting importance of Otak’s work with the Igloolik Oral History Project, which helped created a permanent digital record of Inuit knowledge and regional history, and they also reflect on the vital role played by cross-cultural interpreters and mediators.

Starting around 1986, working with colleagues such as George Qulaut and Louis Tapardjuk, Otak collected hundreds of interviews with Igloolik elders through the Igloolik Oral History Project.

In doing this, she helped preserve a permanent record of the Inuit language as it was spoken in the old days.

“I don’t think we’ll ever speak this language again, because we’re already speaking a translated version of English, rather than a real Inuktitut language,” Otak told Nunatsiaq News in 2010.

“But we could take some words back. If people became interested in learning about how we speak, it [Inuktitut] will be preserved.”

Eva Aariak, the former Nunavut premier and languages commissioner, says in the book’s foreword that her fondest memory of Otak dates to 1999, shortly after her appointment to the languages commissioner position, when Otak took her on a tour of her offices and explained the Igloolik Oral History Project.

“Without being sentimental or boastful, she understood better than most the feeling of confidence, balance, and genuine identity we get from an active, ongoing engagement with the culture and language of our grandparents,” Aariak said.

After 1996, when she became operations manager at the Igloolik Research Centre, Otak offered vital cross-cultural education to numerous researchers who visited Igloolik.

At the same time, she helped build a permanent record of the culture of the Amitturmiut, the people who live in the region around Igloolik.

“Though no substitute exists for the natural processes of oral transmission which had safeguarded Amitturmiut cultural continuity prior to the move from the land, the project nevertheless leaves an accessible record, voiced in rich, flawless Inuktitut, of collective and individual family histories, of lives lived autonomously on and through the land, of the knowledge and skills needed to live these lives,” MacDonald said in one of three essays he contributed to the book.

Wachowich, the author of Saqiyuq: Stories From the Lives of Three Inuit Women, said Otak recognized the value of academic research for Inuit communities—but only if their collaborations are on an equal footing.

“Leah was the figure looking over my shoulder as I wrote. My scholarly, literary and moral conscience,” Wachowich said.

In another essay, anthropologist Willem Rasing, for whom Otak acted as facilitator, interpreter and informant, said she was “marvelous in matters of language and translation” and used her work to learn more about herself and the culture of her grandparents.

“Every human being understands more of himself or herself by meeting and trying to understand others, and the shared experience of anthropological field research only enlarges this,” he said.

Through her work with the elders of Igloolik, Otak also became an expert in the design and creation of Inuit fur clothing and, in 2001, worked closely with the British Museum in London to put together an exhibit called Annuraaq: Arctic Clothing from Igloolik.

As a community leader, she contributed to the organization of annual events in Igloolik like the Return of the Sun festival, courses on traditional sewing and skin preparation, and community radio shows on language.

And she was also the driving force behind Igloolik’s annual Language Week. After her colleague Louis Tapardjuk became Nunavut’s minister of Culture, Language, Elders and Youth, Tapardjuk turned that into a Nunavut-wide event.

The Hands’ Measure is available in Iqaluit at Arctic Ventures Marketplace, Malikkaat or the Nunatta Sunakkutaangit Museum.

You can also order it online from Amazon.