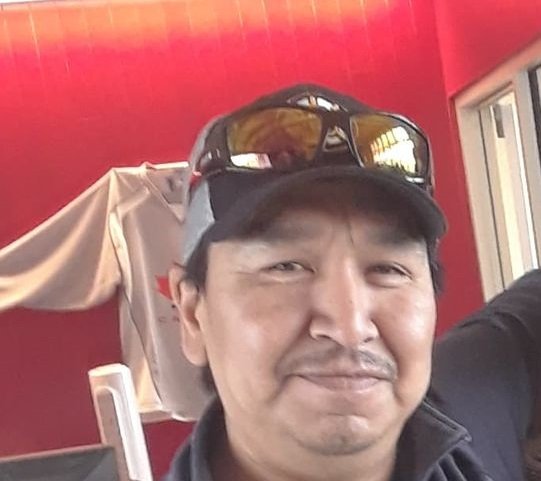 Noah Cain, 45, is a housing manager at the Kativik Municipal Housing Bureau in Tasiujaq. He’s one of three candidates running to be president of Makivik Corp. (Photo courtesy of N. Cain)

In an election dominated by Makivik’s most veteran leaders, Noah Cain is the newcomer.

This is the first time the housing manager at the Kativik Municipal Housing Bureau in Tasiujaq has run to serve at Nunavik’s Inuit birthright organization.

“But it’s not my first time being involved in Nunavik politics,” Cain said.

“I’ve been following Makivik’s work since I was a teenager. I’ve been thinking about running for maybe 10 years now,” he said. “Now I think I’m ready. I want to change things.”

Cain, 45, said he was always encouraged to serve his community and region by his late uncle, Tommy Cain Sr., one of the signatories of the James Bay and Northern Quebec Agreement.

Cain has some local experience as an elected official; he served as a municipal councillor in Tasiujaq in the early 2000s and on the board of directors for the community’s Arquivik Landholding Corp. between 2011 and 2014.

Currently, many of the region’s social housing units are two-bedroom duplexes. But Cain said Nunavimmiut want different housing options — a change he believes Makivik could spearhead.

“I want to change the housing models in Nunavik,” Cain said. “I’ve been saying to Nunavimmiut that I want to stop making housing duplexes. People don’t want those — they want more options and bigger spaces.”

Roughly 97 per cent of Nunavik’s residents live in social housing.

Cain also wants Makivik to lead a study on the feasibility of harvesting lumber from southern Nunavik. The goal, he said, is to build region’s first wood mill to sell locally harvested construction materials.

“We have lots of trees, and they should be harvested,” he said. “We are buying all of our materials from the south.”

Nunavik’s treeline cuts through its southernmost communities, like Kangiqsualujjuaq, Kuujjuaq and Kuujjuaraapik, where dwarfed black spruce are found, as well as larger spruce further south.

Cain wants Makivik to have a role in creating or funding recreational facilities for the region’s youth and young adults.

While younger Nunavimmiut have access to community youth centres, Cain said people in their late teens and early twenties should have access to more outdoor activities to keep them occupied and healthy.

“There are so many that are just staying home — there’s nothing to do,” Cain said. “Some villages offer nothing to do.”

Since cannabis was legalized across the country in 2018, Nunavimmiut can only order products online through the province’s supply, the Société québécoise du cannabis, which operates stores throughout southern Quebec.