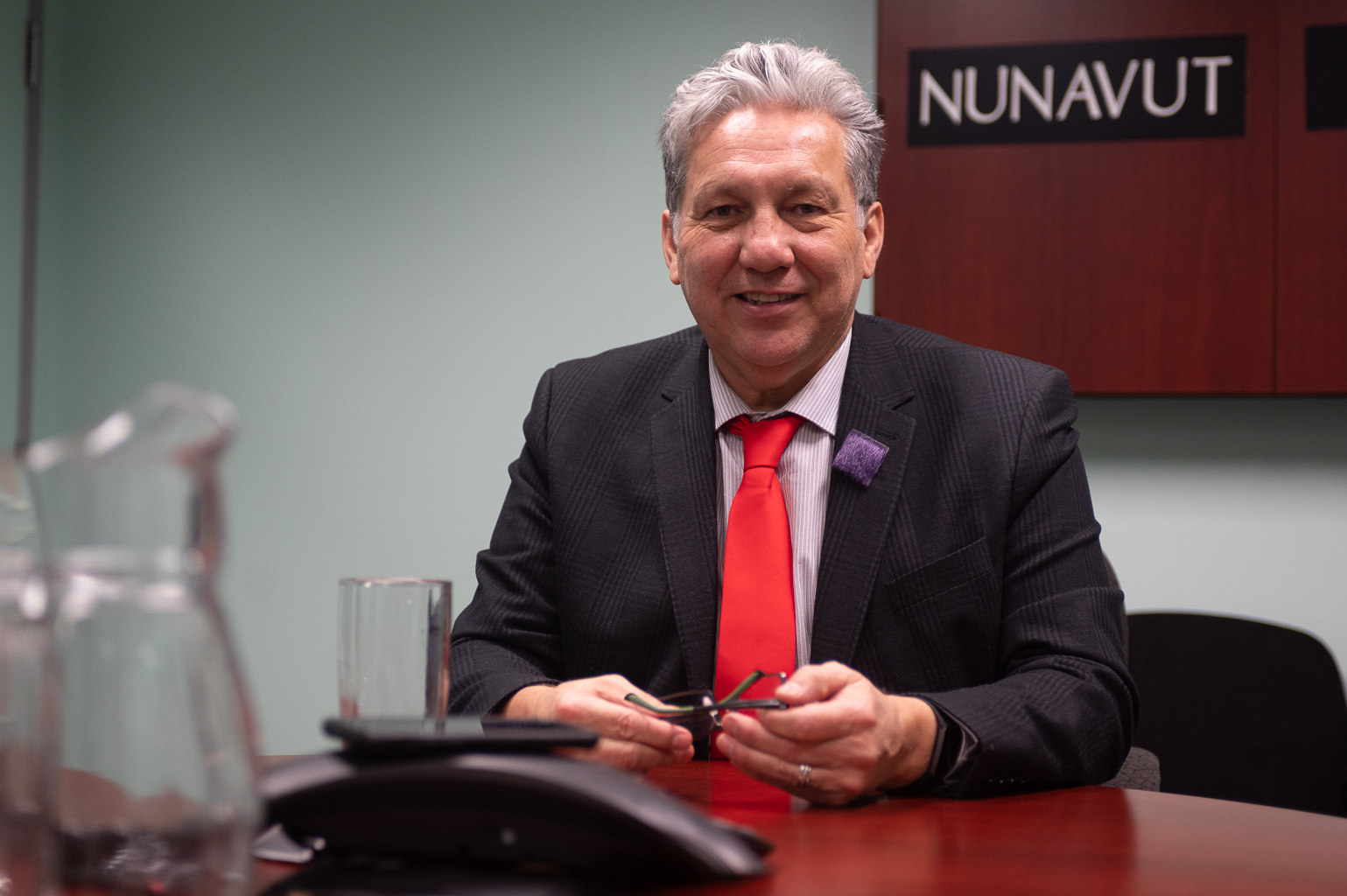 Northern Affairs Minister Dan Vandal describes the Sept. 23 throne speech as a return to public health fundamentals and a look forward on how to “build back better.” (File photo)

If you ask Northern Affairs Minister Dan Vandal to describe the gist of the Liberal government’s Sept. 23 throne speech, he’ll tell you it represents a return to public health fundamentals and a commitment to creating a better country.

“It was a combination of going back to the fundamentals about public health, as well as looking forward on how we build back better,” Vandal told Nunatsiaq News in an interview yesterday.

You can expect to hear the phrase “build back better” issuing from the mouths of Liberal politicians over and over again in the coming weeks and months.

It’s the marketing slogan that represents how the Liberal government plans to fix the many social inequities the pandemic has exposed, through a long list of programs to help workers, small-business people and marginalized groups.

One example is the federal government’s promise to create new national standards for long-term care homes, and to pass legislation that criminalizes the abuse of elders.

This comes in the wake of shocking reports exposing widespread neglect and abuse inside many southern Canadian long-term care homes earlier this year, as well as the many heart-rending deaths of seniors caused by the uncontrolled spread of COVID-19 in those facilities.

“That’s something that should never occur in Canada. This government is committed to ensure that it never occurs again,” Vandal said.

The federal commitment on national standards for elder care coincides with the Government of Nunavut’s recent decisions to start building bigger and higher-level extended-care homes for elders in Rankin Inlet, Cambridge Bay and Iqaluit.

“Standards are incredibly important. They are going to be very strict to make sure that Canadians are protected. I’m sure they will be moved on in terms of a bill very quickly,” Vandal said.

And this week, Health Minister George Hickes said the pandemic influenced the GN’s decision to locate its care homes in regional centres, where health services are better.

As for Nunavut’s life-essential airline services, Vandal confirmed the federal government will continue to spend money to help struggling airlines operate through to the end of next year.

In August, Ottawa announced the first $75 million aimed at ensuring the continuation of essential air services. Vandal confirmed that more will come next year.

In that August news release, the federal government said that—if needed—they would make $174 million available for an additional 18 months.

The transformation of CERB

“We’re hoping it’s a positive transition, but of course it’s still to come. The point is that our government is committed to making sure that Canadians are taken care of throughout the pandemic.”

More than 9,000 applicants in Nunavut have received at least one payment under the CERB.

Yesterday, Employment Minister Carla Qualtrough announced that EI, through a set of three programs, will continue to pay eligible unemployed workers a minimum of $500 a week—the same amount that CERB recipients have been receiving each week since March.

As for police and justice system reform, especially within the RCMP, Vandal said Public Safety Minister Bill Blair will likely act soon on police training and other issues.

“We know the whole issue of police training is an important one in Nunavut. We’re going to work through Bill Blair, the minister of public safety. We’re going to make investments to address the systemic inequities of the criminal justice system, and civilian oversight of our law enforcement agencies.”

And that will include the development of national standards for the use of force by police officers.

“That’s important. We’ve all seen the videos across Canada. We need national standards for the use of force.”

However, the northern affairs critic for the New Democratic Party, Nunavut MP Mumilaaq Qaqqaq, unloaded on the Liberal government yesterday in the House of Commons in a blistering reply to the throne speech.

“The lack of basic human rights for Indigenous peoples results in death. Inuit are dying and have been since before this pandemic,” Qaqqaq said.

And Qaqqaq said she didn’t have high expectations for the throne speech anyway.

“Since the day I was born, Inuit have heard promises of a good life, of positivity, of being able to contribute to society in a healthy way, of having basic human rights—and we continue to have those promises broken,” she said.

Qaqqaq referred to her recent tour through the Kitikmeot and Kivalliq regions, where she focused on examining Nunavut’s appalling social housing conditions.

She said she met families who lost children to the foster care system due to their housing situation, elders forced to live with people who abuse them, and families who came home to find children dead by suicide.

But at the same time, the Liberal government has done little to help fix this situation, she said.

“His empty words and broken promises have not helped anyone in the North,” Qaqqaq said of Prime Minister Justin Trudeau, in a media release issued today.

Those remarks stand in sharp contrast to a statement yesterday from Inuit Tapiriit Kanatami, whose board members work closely with members of the Liberal cabinet through the Inuit-Crown Partnership Committee.

“Inuit welcome the Government of Canada’s ongoing commitment to reconciliation,” the statement said.