Number of laid-off Inuit reduced from 96 to 48, Baffinland says 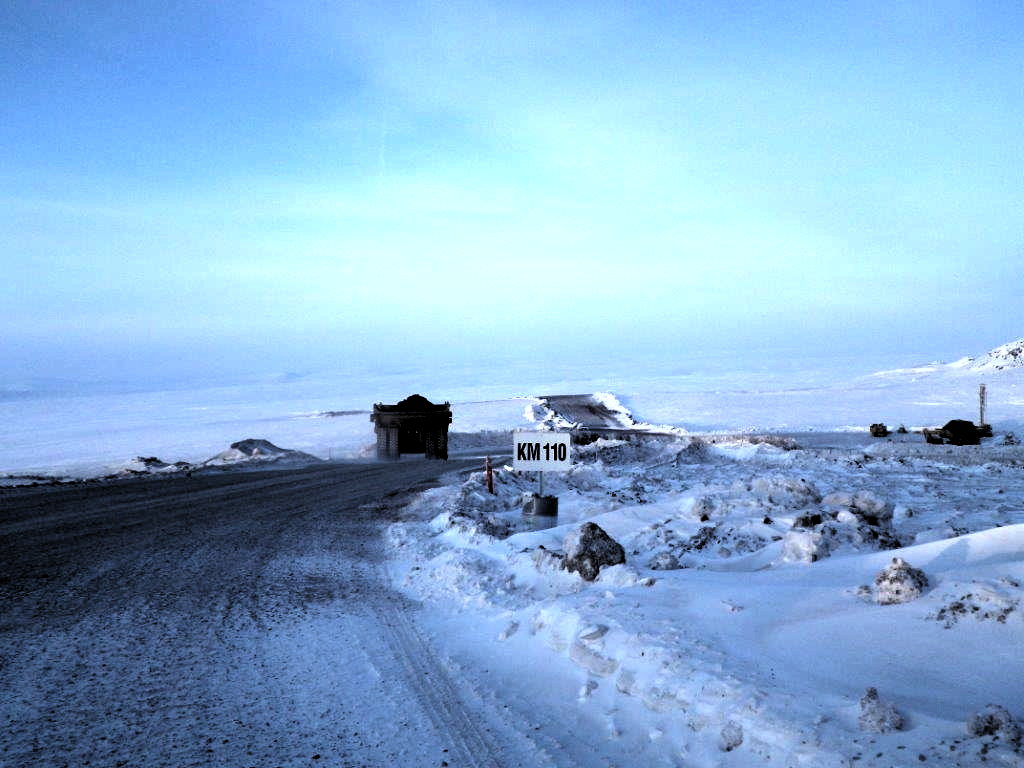 The road that runs from Mary River to Milne Inlet, near deposit number one, in a photo taken in 2015. (Baffinland photo)

The number of Inuit contract workers laid off from the Mary River iron mine has been reduced, as of Dec. 2, from 96 to 48, Baffinland Iron Mines Corp. told the Nunavut Impact Review Board last week.

The company included this information in a Dec. 6 letter that asks the review board to recommend a one-year extension to Baffinland’s current six-million-tonne-per-year production limit, which expires this Dec. 31.

If Baffinland doesn’t get that extension, their annual production limit will fall back to 4.2 million tonnes a year, as set out in the original version of the project certificate rules that govern the company’s “early revenue phase” for moving iron ore by truck to Milne Inlet.

But if the company does get that permission, it promises not to lay off any more Inuit.

“Moving forward, Baffinland will continue to prioritize Inuit employment at the Mary River Mine and commits not to lay off its Inuit employees while it maintains production at 6 million tonnes per year during the extension period,” the company told the review board.

In taking this position, it appears as if Baffinland has been influenced by the mayors of five affected North Baffin communities.

Those mayors, following community meetings held in late November, all say they support a continuation of the company’s six-million-tonne limit—but only if no more Inuit suffer layoffs.

In a common letter, the mayors of Arctic Bay, Clyde River, Hall Beach, Igloolik and Pond Inlet all say they support the production limit extension “if no more layoffs to members of our communities occur, and members who have been laid off are re-instated and accommodated within the current project.”

When the federal government gave Baffinland permission for the production increase to six million tonnes in 2018, the cap applied only to the years 2018 and 2019.

That’s because regulators, and the company, believed it was likely that Baffinland’s separate and much bigger phase-two production increase request would have been approved by early 2020.

But that’s not going to happen. The NIRB’s final public hearing on the phase-two proposal adjourned abruptly this past Nov. 6 and the review board is now trying to decide when to resume the hearing.

That’s why Baffinland now needs a one-year extension to tide them over until after regulators finish with the phase-two proposal.

“It is now clear that the Phase 2 Development Proposal process will extend beyond December 31, 2019,” Baffinland wrote in its Dec. 6 letter to the review board.

Also in November, Baffinland had announced the layoff of 586 contract workers, including 96 Inuit, who normally would have been employed until December and then re-hired in 2020.

The company now says it’s working with governments to try to help those workers find other jobs.

“Baffinland has been working closely with its contractors and governments to help find the affected workers alternative employment and to date has been successful in reinstating some of the Inuit workers,” the company said.

In 2018, when Baffinland first asked for its production cap to be raised from 4.2 million to six million tonnes, it said it was needed to keep workers employed all year long.

The Nunavut Impact Review Board at first recommended the rejection of that proposed increase.

But after the Qikiqtani Inuit Association and the Government of Nunavut interceded on Baffinland’s behalf, the federal government overturned the NIRB’s recommendation and said yes to the idea.

Meanwhile, Baffinland says it needs a decision on the production extension by Feb. 28.

“This timing is necessary in order to allow Baffinland sufficient time to contract vessels for the 2020 shipping season,” Baffinland said.