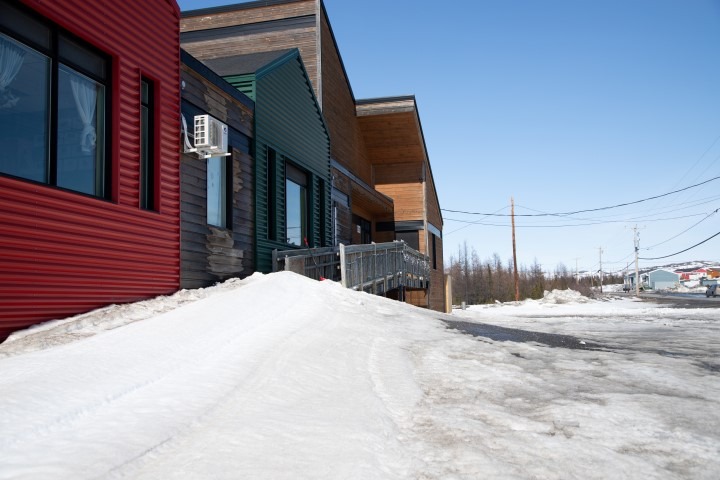 The Kativik Regional Government announced on May 7 that daycares, such as Tumiapiit Childcare Centre in Kuujjuaq, seen here, will not reopen on May 11 unlike many across the province of Quebec. (Photo courtesy of the KRG)

Childcare centres in Nunavik will not open this week unlike many across Quebec, as the province eases restrictions put in place for the COVID-19 pandemic.

The Kativik Regional Government announced in a Facebook post on May 7 that opening daycares on Monday, May 11, as the provincial government proposed, would be too early.

“Instead, the childcare centres in Nunavik will remain closed until further notice. They will not open at full capacity right away. They will open progressively,” the post continued.

Premier Francois Legault announced the May 11 reopening of daycares, along with schools, on April 27. (Montreal was the exception to this announcement, as there remains a high number of COVID-19 cases there.)

Nunavik’s school board, Kativik Ilisarniliriniq, had already announced in late March that schools would not reopen for the remainder of the term.

More information on the reopening of daycares will be released in the coming days, according to the KRG’s childcare services division. That information will include new guidelines around childcare centres reopening.

The Nunavik Regional Board of Health and Social Services announced on May 5 that all 16 individuals in the region who had contracted COVID-19 had since recovered.

Nonetheless, the board said precautions remain in place and this does not mean the region is free of the threat of the novel coronavirus.